The Munster squad are gearing up towards the resumption of the PRO14 season on 22/23 August. ©INPHO/Oisin Keniry

Munster Chief Executive Ian Flanagan has credited the extensive behind-the-scenes work of the Government, Sport Ireland and the IRFU in facilitating a safe return to training for the senior provincial squads as Johann van Graan‘s side this week begin their preparations for the resumption of the Guinness PRO14 season in August.

In advance of the proposed Inter-Provincial fixtures scheduled for the Aviva Stadium on 22/23 August, the Munster senior squad returned to group training at their High Performance base at the University of Limerick yesterday in line with the safety measures and protocols put in place by the IRFU and the union’s Medical Director, Dr Rod McLoughlin.

Speaking to the media via a conference call on Tuesday afternoon, Flanagan said the sight of the Munster players returning to training at their HPC has generated excitement among the province’s squad, staff and supporters and is a ‘huge step forward’ on the IRFU’s Return To Rugby Roadmap.

“Everyone in the country is looking forward to sport returning in a meaningful way and it will be a sign of Ireland returning to normal life,” he said.

“Firstly, a huge amount of credit is due to the Government, the IRFU and Sport Ireland for working hard and understanding the medical protocols that have allowed us to come back safely. I want to pay tribute and give credit to all of the people involved for making this possible.

“In terms of the games themselves, the senior team returned to training for the first time since March yesterday and that’s a huge step forward for us and the players, staff and supporters are hugely excited about the return of rugby. From a Munster point of view, our main job of work now is to do everything to ensure those games go ahead as scheduled in August and then to do our job on the pitch to ensure we get through to a PRO14 semi-final.

“Everyone is hugely excited, we’ve got a real target to aim for and the players are very motivated by that target.”

While the primary focus for Flanagan, who assumed the post of Munster CEO last October, is to assist the province’s safe return to training and competition, the Cork native must also explore ways of re-establishing Munster’s revenue streams in the wake of the COVID-19 shutdown, admitting that the club are too reliant on match-day income.

Commenting on Munster’s strategic plan and their clear objective of growing the province’s commercial revenues, Flanagan provided an update on the prospect of the Thomond Park naming rights being sold.

“Look, I think as is clear to everyone this pandemic has affected every sporting organisation right around the world,” he explained. “As Philip Browne has said, effectively in March rugby’s income across the board fell off a cliff. I think we took prudent measures within Irish rugby to reduce our cost base, but the reality is that we are dealing with very significant financial challenges until such time as we return to rugby as usual which will be rugby with spectators in the stadia. 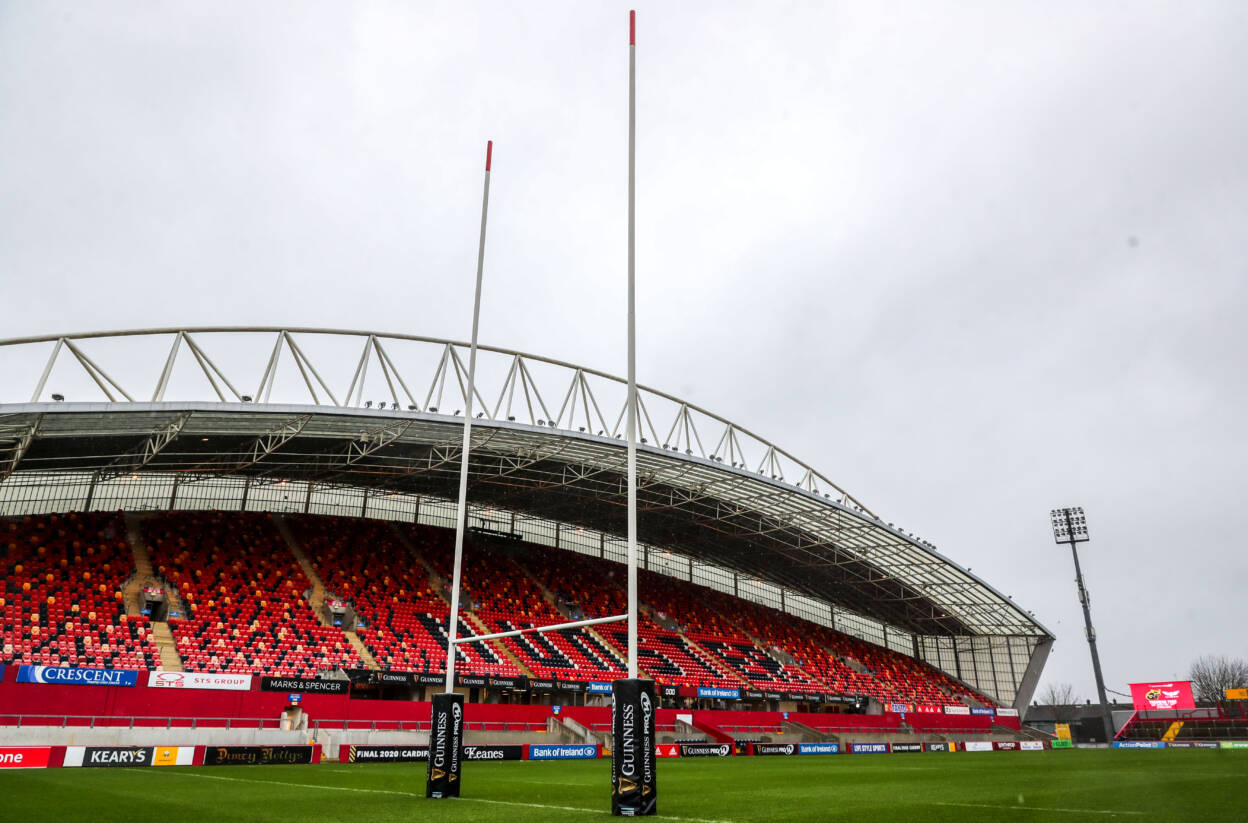 “At the moment, no one has any clarity or time frame as to when that income-generating rugby will return. So, it is a challenge. I think it’s a challenge shared right across Irish rugby and other sports organisations also. I don’t think Munster is experiencing any financial pressure difficulty to the other provinces. We’ve identified clear areas where we would look to grow the commercial revenues and more importantly diversify the revenue streams of Munster.

“I think we’re overly reliant on match-day income and that probably is a common scenario at a number of other clubs. And, what this period has proven is that an over reliance on match-day revenue in this time where you can’t play games and get people in stadiums is extremely damaging to the revenues.

“We have to, as best we can, find other ways of generating income and growing the revenue base. So, it is a big strategic avenue for us and we’ve put a lot of time and thought into it in advance of the pandemic. Some of our plans may be delayed, but we’re looking to move on with them even in the midst of this. It’s undeniably going to be a tough commercial marketplace out there for the foreseeable future.

In a wide-ranging conversation with the rugby media, Flanagan also explained how Munster, in the wake of the one-month ban handed to prop James Cronin for an anti-doping violation, have learned valuable lessons from the case and that players must take full responsibility for what they ingest.

🎥 VIDEO | Here's a little look behind the scenes at the High Performance Centre in Limerick as our squad prepare for a #ReturnToRugby.#SUAF 🔴

“We’re still working on the details of the education piece with EPCR in terms of when that takes place and so on but I think the key message is that in James’ case – and it’s one that will be understood by all players – is that ultimately the players have to take responsibility for what they ingest and put into their system,” Flanagan continued.

“In terms of additional safeguards that we are looking to implement on the back of this, it is mainly about the verification process but also increasing the education contact with the players to reinforce that message that they have to be continuously questioning, continuously aware in this particular area.

“Ultimately, the responsibility will always fall on the player. So, it’s very much around reminding players of their own duties and responsibilities in terms of taking any medications. I think ultimately we’re happy the process reviewed the facts, that it was a comprehensive and thorough process.

“We’re seeing it as a positive in terms of highlighting the anti-doping processes and practices that are in place in insuring we have a clean sport in rugby. It’s also a reminder to all players and athletes in terms of their own responsibilities.”