Ulster Rugby have announced that back rower Matthew Rea has signed a two-year contract extension, which will keep him at Kingspan Stadium until at least June 2022.

Having come through the Ulster Academy, the 26-year-old Rea signed his first professional contract with Ulster in 2017. He has continued his development – playing 14 times already during the 2019/20 season.

Ulster Academy player Stewart Moore (20) has committed to a three-year contract which will see him move up from the Academy ranks and spend one year as a Development player, before being upgraded to a senior professional contract for the following two seasons.

Moore, who made his first senior Ulster appearance against Leinster in December, can play inside and outside centre. The Ballymoney-born back scored a superb individual try against Australia during the Ireland Under-20s’ World Rugby U-20 Championship campaign last summer. 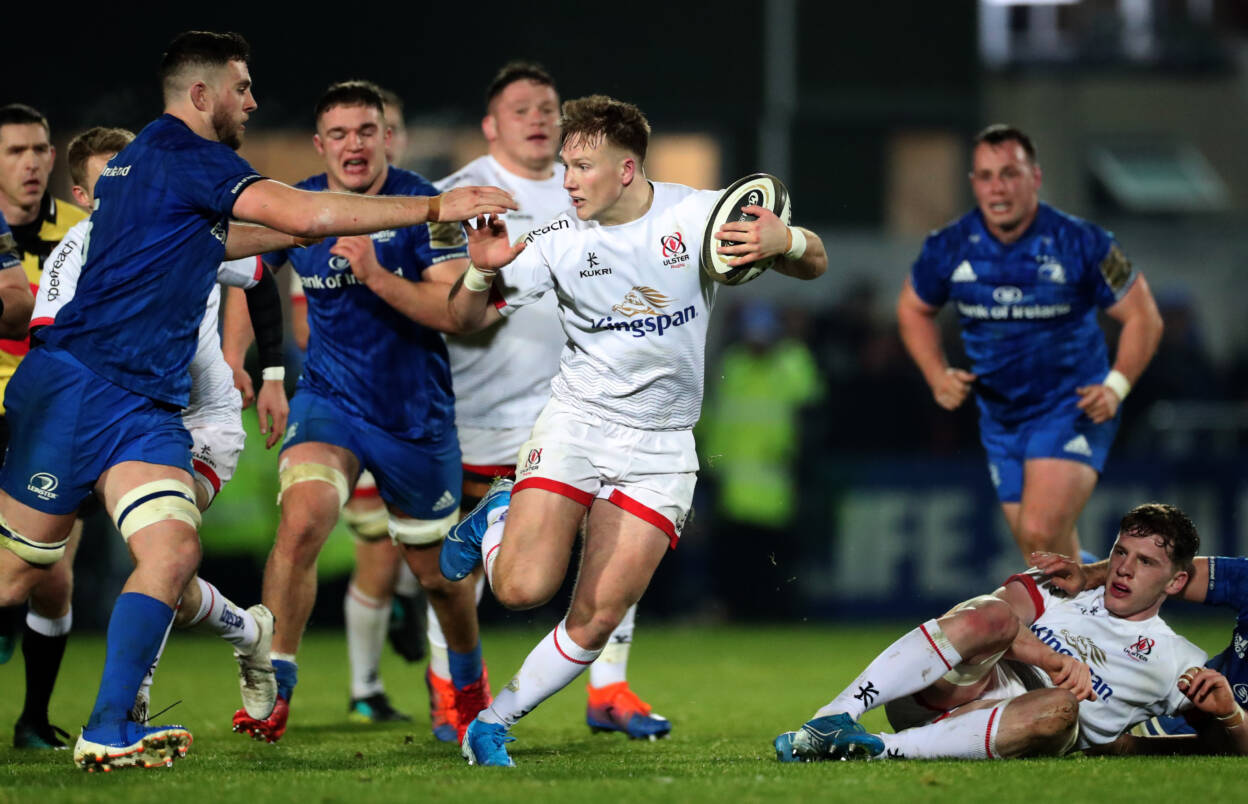 Commenting on the deals, Ulster head coach Dan McFarland said: “Matty and Stewart have both done well developing as players through the Ulster Academy and sub-Academy to the professional team, and it’s fantastic to see more players from our pathway starting to come through to the senior ranks.

“Matty has been a dynamic carrier for us this year, pushing all aspects of his game forward, and deservedly earning more game-time. Stewart is at the start of his career and will no doubt benefit as he learns from the talented backs and coaching available to him.

“Both are set to make a real impact for Ulster in the months and years ahead – and I am delighted that they have chosen to remain with us at what is set to be an important time in both of their rugby careers.”

Speaking about his contract extension, Rea admitted: “I am delighted to have the next two years secured with Ulster. This season has been great in terms of opportunities to extend my skills and gain vital experience with the professional team. I would like to thank all of the coaching staff, players and wider team for supporting me on this journey.”

Moore added: “I am really looking forward to working hard in the months ahead – and it will definitely be a real milestone in my career when I formally join the senior ranks at the start of the new season.”