Away from the bright lights of the HSBC World Rugby World Series, the performance of the Ireland Women’s Development team at the Dubai Sevens was one of the highlights on a landmark week for Irish Sevens rugby.

With over 70 Irish players and staff in Dubai for the three-day tournament, it was an excellent opportunity for those who have worked hard within the Sevens programme to showcase themselves on a world stage, no more so than Matt Wilkie‘s young Women’s Development side.

Playing in the International Invitational Tournament, Ireland produced a strong opening game performance against Thursday Night Lights to set the tone for their campaign, as they advanced through to the quarter-finals before eventually bowing out to a powerful Kenya outfit.

While there were a number of standout individual displays throughout the course of the week, the collective growth of Wilkie’s side through the Pool stages and into the knockout rounds was most encouraging.

Enya Breen, who featured for Ireland during the recent November Test against Wales at UCD, Kate Farrell McCabe, Dorothy Wall, Anna McGann, Laura Sheehan, Lucinda Kinghan and Railway Union winger Stephanie Carroll were among those who performed superbly in green.

Many of those involved have progressed through the IRFU Women’s Development pathway, while two players in the squad, Grace Moore and Soneva Scott, have come through the IQ Rugby system. 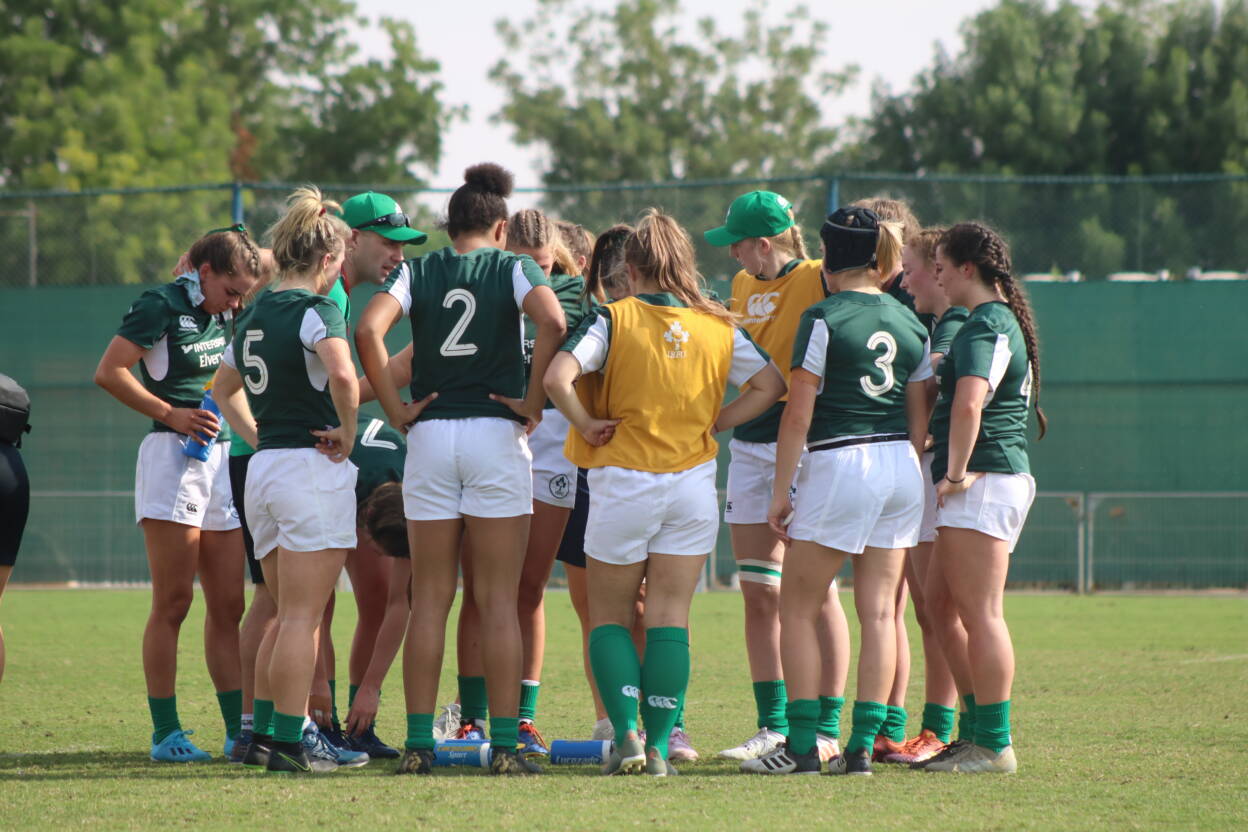 “This tournament provides a great opportunity for the Irish Development players to challenge themselves against some very high quality opposition from all over the world,” Wilkie, the IRFU Head of Coach Development, told IrishRugby.ie.

“This young team performed exceptionally well over the duration of the three-day tournament and although we may not have reached the Cup Final, there were some exceptional team and individual performances across the three days.

“It was encouraging to see the team’s continual improvement from game to game, and that just shows the value of these events for our developing players and the overall Sevens programme.”

Reflecting on the tournament further, Wilkie added: “It is also a credit to the players as they worked exceptionally hard on and off the field to ensure they could deliver here at Dubai. It’s a great platform to showcase what they can do, and this year they didn’t disappoint.

“If this team is a reflection of the rugby talent currently in the system, then I am excited about what the next few years can bring.”