Sitting in one of the various meeting rooms housed upstairs in the IRFU High Performance Centre, and looking out over the indoor arena, Mark Roche takes a moment out of a typically intense training day to reflect on the highs and lows of the last four years.

One of the five ‘Sevens Originals’, the scrum half has been part of the Ireland Men’s Sevens programme since its infancy in 2015, enduring and enjoying every step of the remarkable journey from the lower echelons of the European ranks to, as of this week, a core team on the HSBC World Rugby Sevens Series.

Roche, Harry McNulty, Terry Kennedy, Foster Horan and Ian Fitzpatrick were all part of the initial Men’s squad selected by Anthony Eddy and David Nucifora after a series of try-outs and trials in Santry, as the programme has been built all the way from the bottom up to earn that golden World Series ticket.

There have been standout moments along the way, no more so than when Roche starred for Ireland as they won a memorable bronze in London 2018, but equally there have been setbacks and disappointments on the white-knuckle ride through the ranks, from Bosnia, to Prague, to Paris, to Dubai.

After hearing about trials for the Sevens programme off a referee in Lansdowne, Roche enrolled and earned his place on the plane for that first Rugby Europe Division C tournament in Bosnia in 2015, with the 26-year-old joining the likes of McNulty, Adam Byrne, Alex Wootton and Tom Daly on the trip.

It would be the start of a career-changing period for Roche, who was part of the Ireland Under-20s squad for the 2013 Junior World Championship in France and had been lining out for Lansdowne in the Energia All-Ireland League at the time of first entering the Sevens programme.

“I was managing the Tag Rugby programme in Lansdowne at the time,” he tells IrishRugby.ie. “I just thought I’d give it a go and remember coming through an initial trial to get into another one out in DCU. We were training there for a year or so, the odd Tuesday and Thursday night in the rain. You didn’t really know where it was going to go but the programme just sparked from there. 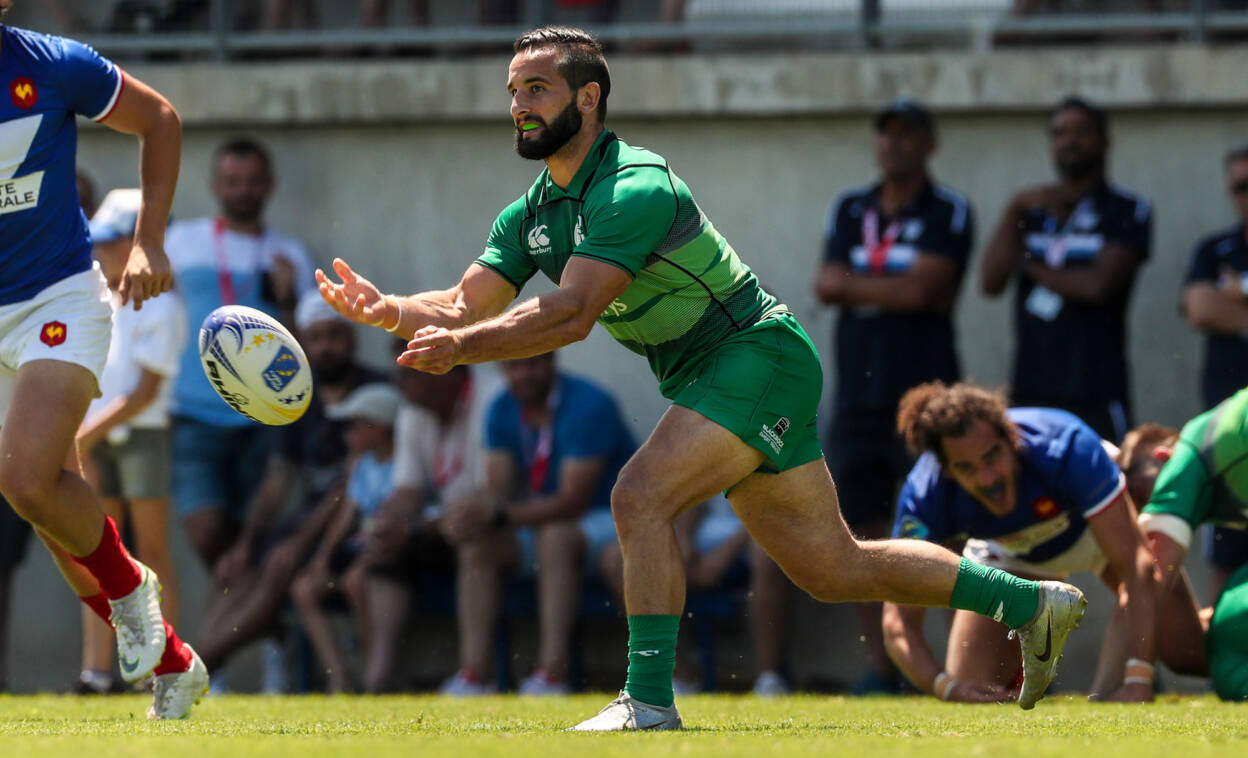 “Once we went to Bosnia it became a bit more serious and from the initial 300 or so players, it was cut drastically and we had a good core group of players for the first couple of years.”

Roche was an ever-present during those early days but then missed out on selection for the 2016 Olympic qualifying tournament in Monaco. The manner in which he rebounded from those setbacks and then the agony of sitting out the 2018 Rugby World Cup Sevens due to a broken leg allows him to reflect on his own personal journey with even greater satisfaction.

The scrum half was superb for Eddy’s side as they recorded a seismic third-place finish at Twickenham in 2018, his performances over the course of those three days earning him a place in the tournament’s Dream Team, before Roche played an integral role in Ireland’s World Series qualification in Hong Kong last April.

“I was at the first couple of competitions and then lost out on a couple of selections for tournaments,” he explains.

I missed out on the Monaco Olympic qualifier so it has all changed for me. It has been up and down and I’ve had to take a few calls off Stan [McDowell, Ireland Women’s Head Coach] and Anthony to say I’m not selected. Looking back, I’m grateful for where I’ve come from and going through that tough patch, to get back on it again and be on the World Series team has been great.

Not only has Roche been at the heart of Ireland’s success, but he has also experienced first-hand the huge progress off the pitch with both Men’s and Women’s squads moving from their base on Lansdowne Road to the new state-of-the-art IRFU High Performance Centre during the summer, where they have all an array of world-class facilities and coaching staff at their disposal on a daily basis.

“I didn’t have a clue where this programme was going to go back then,” he admits. “I didn’t think an Olympics could be on the cards or even playing at the top level with a senior professional team. I didn’t think there was going to be contracts for this but it just kind of went from strength to strength. 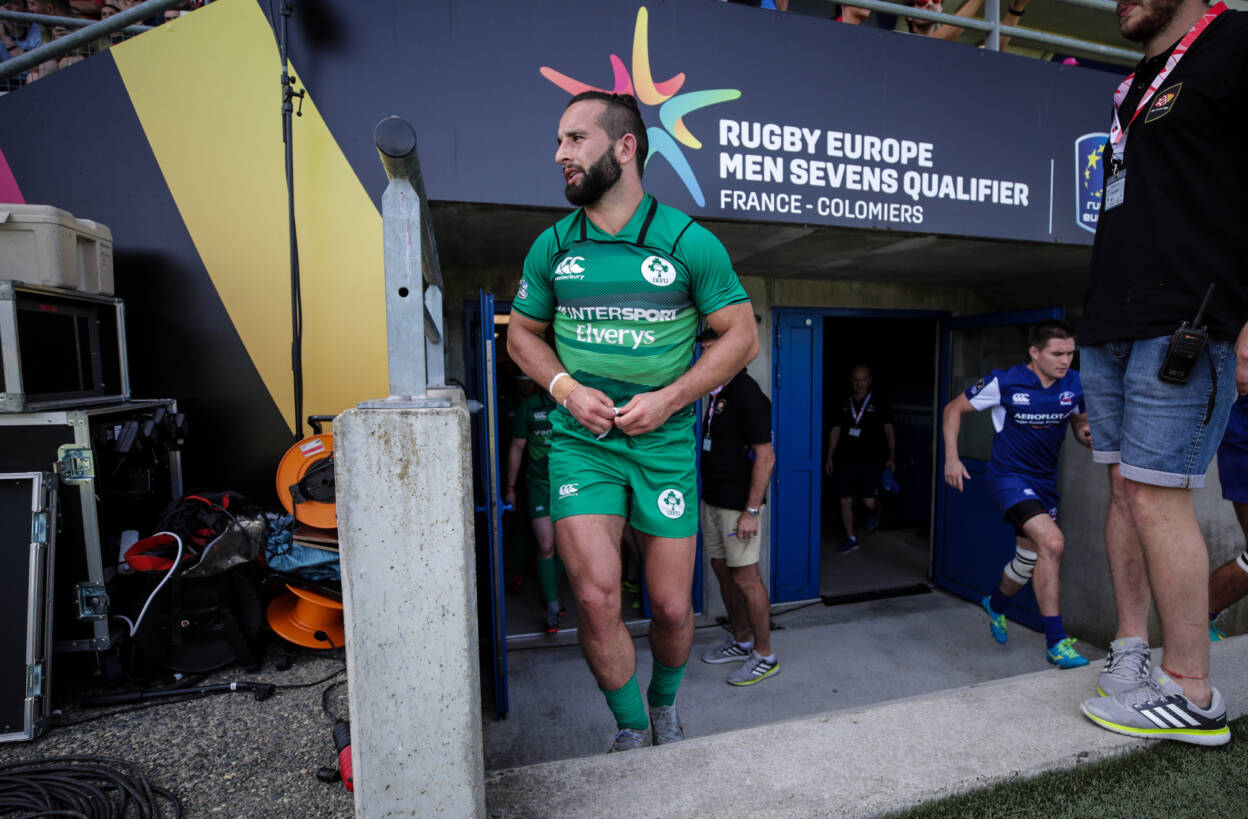 “We’re now on a four-day programme in an unbelievable facility like this and you couldn’t ask for any more really.”

Roche, who is also a personal trainer and balances his rugby with a coaching role at Origin Fitness in Dublin, is now relishing the prospect of playing on the World Series on a regular basis, starting with this week’s opening leg of the season in Dubai.

Ireland Men, who play alongside the Ireland Women at a World Series event for the first time, open their tournament against USA on Thursday at 6.12pm local time/2.12pm Irish time, before facing Australia (11.58am local time/7.58am Irish time) and Scotland (5.50pm local time/1.50pm Irish time) in further pool outings on Friday.

“It’s everyone’s desire to play at the top level,” Roche adds. “Before Sevens, it was XVs whether it’s with your province or with Ireland and that wasn’t working out for me. This came about and I didn’t know where it was going to go but now I’m a professional rugby player playing top-level rugby around the world.

“It’s incredibly exciting and now that we’re a core team, we’re going to enjoy and relish the challenge. Teams will know who were are and they’ve studied us and watched us, but we’ve earned our place on the World Series and now we have to show what we can do.”