Billy Dardis has been here and done it all before, captaining Ireland on some memorable days on the HSBC World Rugby Men’s Sevens Series, but stepping onto the big stage as a core team is an entirely different proposition.

Anthony Eddy‘s side enjoyed considerable success on their four World Series appearances as an invitational outfit, including a seismic third-place finish at the 2018 London Sevens, and now they are ready to step up and take their seat at the top table of Sevens rugby.

After achieving the Holy Grail of World Series qualification in Hong Kong last April, it has been a long build-up for the extended squad as they’ve worked their way through 14 weeks of pre-season, but now the Dubai Sevens and a maiden World Series campaign is on the horizon.

Eddy finalised his 13-man squad on Thursday, and with the team set to depart Dublin for Dubai on Sunday, the countdown to the opening match against USA on December 5 (6.12pm local time/2.12pm Irish time) is very much on.

“It has been a really long pre-season,” Dardis told Irish Rugby TV. “We’ve done 14 weeks but have broken it up with tournaments in Chester, London and Elche.

“Coming from Hong Kong last April, we’ve been looking forward to this for a good few months now. It’ll be great to get there and get stuck in.”

Dardis once again leads Ireland as he gets set to win his 21st Sevens cap, with Eddy able to retain the main core of his side that achieved World Series qualification as Adam Leavy, Greg O’Shea, Jordan Conroy and John O’Donnell are all included.

Leinster Academy back Aaron O’Sullivan is in line to make his Sevens debut but otherwise there is a wealth of experience in the squad, with Terry Kennedy, Mark Roche, Foster Horan and Harry McNulty, who were part of the initial Men’s Sevens panel selected by Anthony Eddy and IRFU Performance Director David Nucifora in 2015, all on the plane.

“It has been leading up this moment for four or five years and a lot of players have gone through it,” Dardis continued. “A lot of lads who have got international caps and there has been a lot of time and effort from the IRFU and from the coach’s perspective so it’ll be amazing to run out.

“We’ve been talking about it for the last week or two, getting out onto that pitch for the first game. It’ll just be about telling lads to enjoy it. We’re here, we’re here to do a job and do it on the world stage. I can’t wait.”

Ireland open their campaign against USA and then have further Pool B outings against Australia and South Africa on Friday, December 6, while it will be the first time both Men’s and Women’s Sevens sides compete on the World Series side-by-side.

In addition, there will be Ireland Men’s and Women’s Development teams competing in the Invitational tournament, which will further add to the excitement for Irish fans at the Dubai Sevens Stadium.

“I think we have 72 IRFU players and staff going out there. It will be great just to have loads of support, lots of Irish people there. 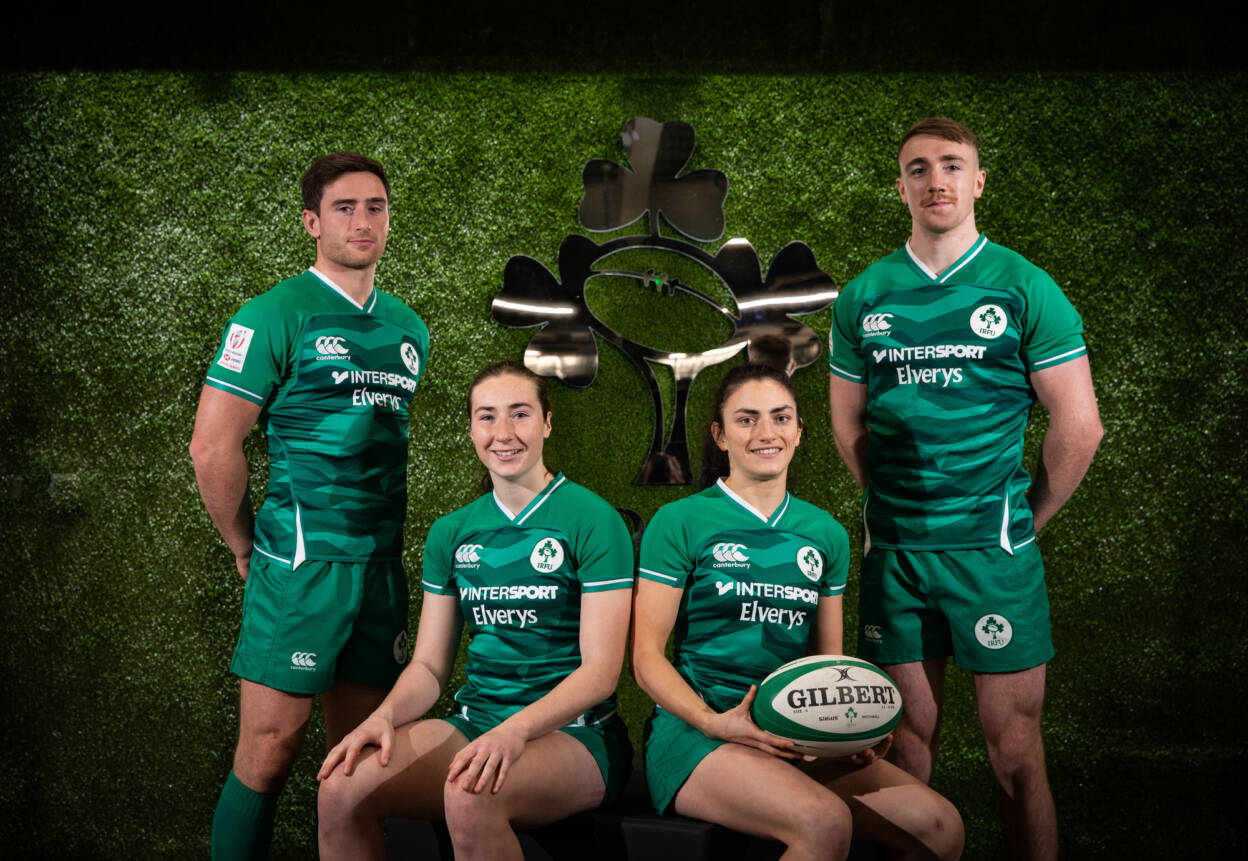 “When they’re playing, we’ll be supporting them and when we’re playing, the invitational sides I’m sure will be out in full force watching us. It’ll be great fun and hopefully we can do a good job and pull out some good performances.”

Although Eddy’s men have impressed already on the World Series, Dardis knows their new status as a core team will present its own challenges, with their opposition now fully aware of the threats Ireland will pose.

With the World Rugby Olympic Repechage tournament scheduled for after the World Series season next June, Dardis hopes his side can build momentum through the campaign to give themselves the best chance of qualifying for Tokyo 2020.

“Doing five back-to-back tournaments will be tough and it will be a bit of a marathon all year with the Olympic qualifiers in June,” he added.

“For ourselves, we just need to keep getting better and improve so when it comes to June, hopefully we’ll have a bit of momentum behind us and we can string a performance together there.