Kilfeacle & District are in their pre-match huddle. It’s Saturday October 26th, 2019 and they’re about to face Wicklow in the Energia All-Ireland Junior Cup.

John Hanly stands in the middle with a bottle of holy water in his fist.

He wheels around and douses each of the squad from his blessed bottle. It’s like a power hose – according to the players.

“We owe them one lads, since last year. I wasn’t there. Away ye go. Who’s going to win? The Boys On The Hill are going to win!”

Kilfeacle & District win 28-19, but John doesn’t want to give the holy water too much credit. “It’s a tradition. We’ve always done it and we’re not going to change it, whether it’s good for us or bad for us.”

It’s just one of the traditions Kilfeacle & District have carved into their 38 year existence.

“Before we’d go out onto the field any day to play a game, Mrs Cooney would throw the holy water on us, ask us to bless ourselves and wish us well that we’d come off the field safe and with a victory.

“You’d hear her on the side of the field speaking to us and using beautiful adjectives to keep us going. She was a character,” says John. John is a character too. One of the Boys On The Hill since the start.

“From day one I was part of the setting up of the club here and we got going with a good bunch of people looking after us. I’ve a couple of friends and a few auld alickadoos and we come here for a meeting on a Monday night. We try to run the club, keep the affairs right and keep the finances right.

More than just the holy water then.

“For me it’s the reward I get out of it when I see young men and girls putting on a jersey and going out and playing a team sport,” says John. “To see people playing sport is what is gratifying for me.”

There is one way that Irish Rugby seeks to recognise the work of volunteers in junior rugby in particular.

The Mr Boots award was first presented in 1981. It’s purpose is to honour volunteers who excel in the service of junior rugby. It took its name from the retirement of the great Willie John McBride back in 1980, but we’ll save that story for another day. Today is John Hanly’s day.

“John Hanly is probably one of the most selfless men that we have. He’s given his life to his club and rightfully deserved the Mr Boots award last year,” says club President Michael Doyle. “He epitomises what voluntary work in a club is.”

There are many volunteers, but there’s only one John Hanly. 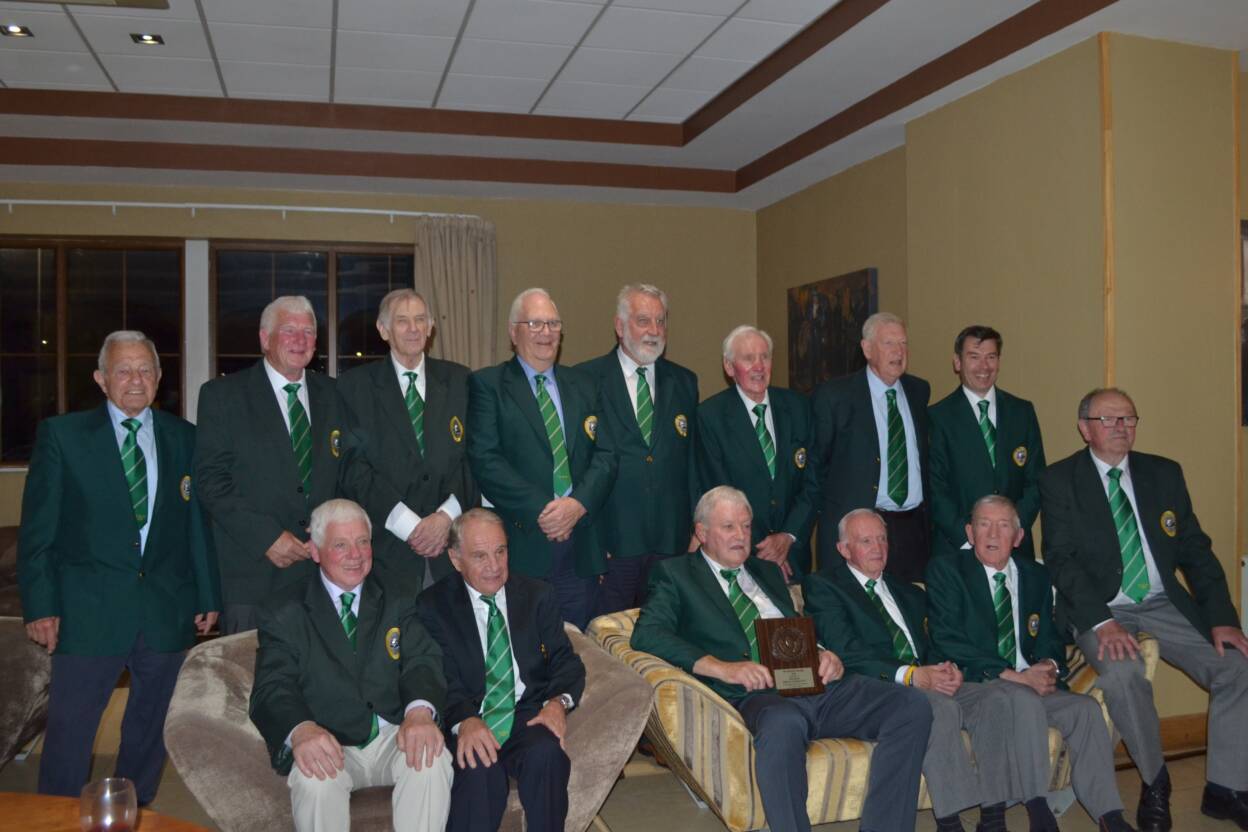 The video above tells more of the story. Below is a full list of Mr. Boots winners to date.

When the legendary Willie John McBride retired from playing rugby in 1980, one of the last matches he played in was against Arklow RFC. After the game, instead of hanging up his boots, he presented his famous footwear to the Arklow club as a memento of the occasion.

In memory of Willie John’s outstanding contribution to Irish Rugby, and in particular to Junior Rugby, it was decided to honour “Mr. Boots” by presenting an annual award to a person who, in the opinion of the adjudicators, has rendered long and outstanding service to Junior Rugby in Ireland. A silver badge suitably inscribed, is presented to each year’s winner at a dinner.