Railway Union captain Niamh Byrne has admitted her side will have a ‘target on their back’ as they prepare to begin the defence of their Energia Women’s All-Ireland League title this weekend.

When Railway Union first entered the competition back in the autumn of 2014, it was their south Dublin neighbours Old Belvedere and league record-breakers UL Bohemians who were the dominant forces in domestic Women’s rugby.

However, last April, John Cronin’s Railway team made the long-awaited breakthrough when they were crowned league champions from the first time, registering a 13-8 final victory at Energia Park where UL missed out on their third successive league crown.

Led by Byrne from the centre, Railway get their campaign up and running tomorrow with an away trip to Suttonians who, alongside Belfast club Malone, are one of two newcomers to the Energia Women’s All-Ireland League for the 2019/20 season.

“We will hopefully be able to keep that energy going, keep playing the expansive style of rugby that got us into the top-four last year,” admitted Byrne, speaking at the recent Energia AIL launch in Donnybrook. “Of course, when you win any league or any cup, the target is on your back. Hopefully we’ll be able to prove to all the teams that we can still do it.

“Really excited to get into the league and the cup this year. We’re looking for a strong season and hopefully to keep our title. We’re really excited to go and play Suttonians. We obviously have never played them in the AIL. They’ve played in Division 1 (in Leinster) with our seconds team, so it’ll be interesting to see how that goes.” 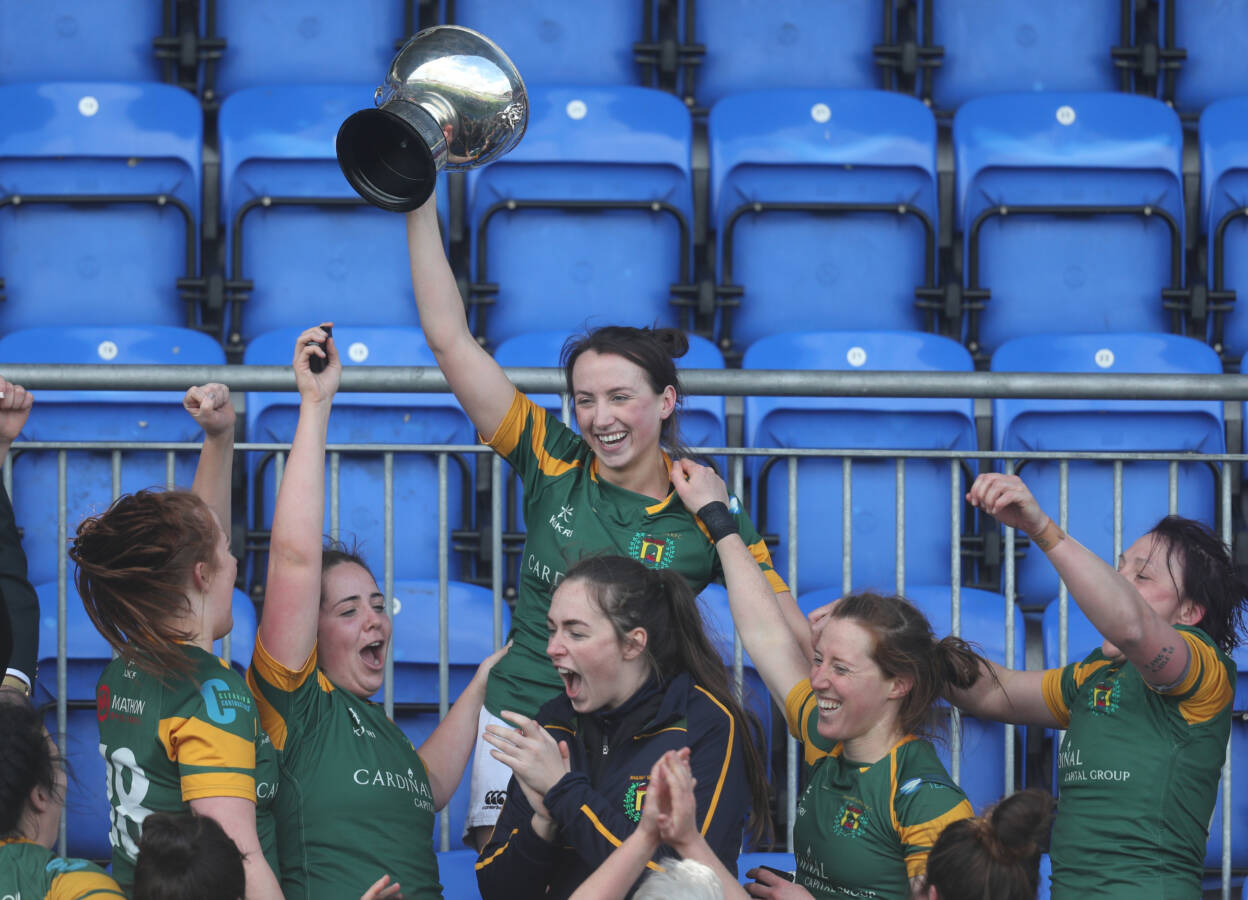 Even though the trainee chartered accountant was born in Dublin and currently resides in the capital, the infancy of her rugby career can be traced back to Westmeath. Following a nine-year stay in Connecticut, she subsequently relocated to the midlands with her family.

“I began playing rugby in Mullingar with the Under-18s and then I came up to Railway to play senior rugby when I moved for college. My family just moved around and I’ve no idea how we ended up in Mullingar, but we ended up there for a few years. That’s where it all began.

“The boys in my school were setting up the girls team in Mullingar and they dragged me down the first night. The second night I went running to training. I really enjoyed it.”

In a team filled with international stars – six were included in Ireland’s Women’s Six Nations squad this year, while Grand Slam winner Larissa Muldoon is also a key figure in the starting XV – Byrne was extremely humbled to be named Railway skipper for the 2018/19 season.

It proved to be ideal timing for the Trinity College graduate as she guided the Sandymount outfit to the promised land of a much-coveted league title. The presence of Muldoon, Lindsay Peat and Aoife McDermott ensured it was a simple transition on the field of play, but she was acutely aware of her responsibilities behind the scenes at Park Avenue.

“It was a pretty good season as captain! A big honour, a little bit intimidating, but definitely a very easy team to captain. Very helpful. You always have people giving you great advice because they’re very experienced. I grew into it a bit, I think. It took a little time,” acknowledged Byrne.

“I got the call asking me to be captain. I played a season at seconds when I first came up to Railway and then began to play a bit of it. Ended playing in the AIL with the firsts, so I had a good feel for the club and that’s probably why. And I was there week in, week out. You’re always welcoming people who’ve never played or people who are coming from different clubs.

“You have to try as captain to balance out the super, high-performing internationals with the new girls and get a good mix. That probably was one of my key roles this year. Make sure everybody is welcome and playing the best rugby they can in a good environment.” 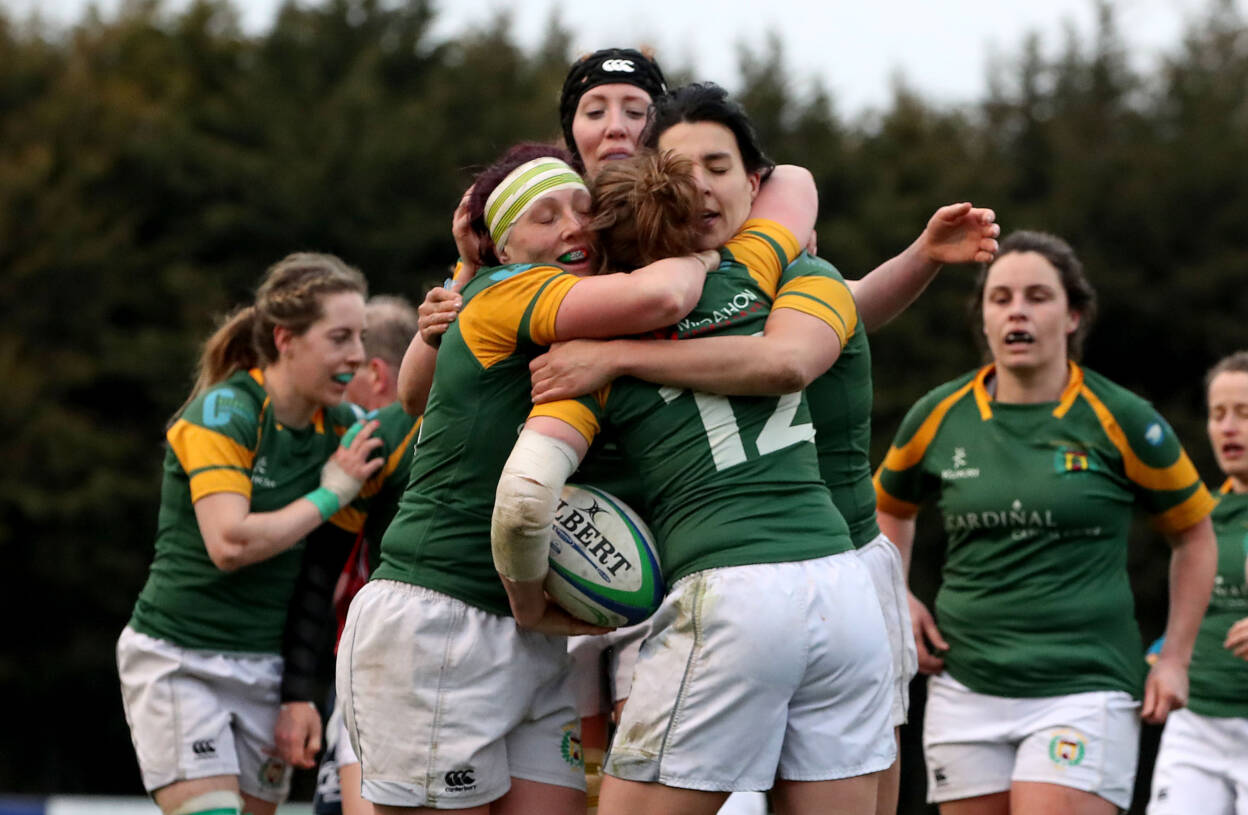 Railway’s commitment to attacking rugby has served them well up to this point, and a 31-0 demolition of Tullow in the Women’s All-Ireland Cup last Saturday showed that they are hell-bent on continuing in this vein.

Byrne bagged a try in that victory, supplementing scores from Keelin Brady (2), Lisa Callan and Christine Coffey. As one of several players in the Railway back-line with experience of Sevens rugby, Byrne believes the current style perfectly compliments the resources that director of rugby Cronin has at his disposal.

“I think every club has their signature style of playing. Our coaches have decided that with the Sevens experience a lot of our back-line would have and the handling skills of our team, that we can play that expansive style. We’ll try and play an alternative style of rugby, I guess.”

What was most remarkable about Railway’s maiden league triumph was the fact that their final position in the table was actually lower than the previous two seasons. Whereas they claimed second place in both the 2016/17 and 2017/18 campaigns – securing home semi-finals against Old Belvedere in the process – Cronin’s charges finished up third before last season’s play-offs.

Old Belvedere had the measure of them in their back-to-back meetings last December, yet Railway defied the odds to record an emphatic 29-7 semi-final win at Anglesea Road in mid-April. They went a step further in nearby Donnybrook a fortnight later.

Railway’s aim heading into tomorrow’s opening round will be to seal another top-four finish, with Byrne adding: “That will be our goal going into the first game against Suttonians. At least if you get top-four, you make it much easier if you can just stay there for the season and try and get a home semi-final out of it. That would be the goal.”