Senior rugby returned to Kingspan Stadium with a bang this afternoon as Ulster put eight tries past Glasgow Warriors in an entertaining pre-season encounter, with many of the new additions to Dan McFarland’s squad making an instant impression.

New signings Matt Faddes, David O’Connor and Sam Carter all made their debuts in this afternoon’s clash, and two more new faces, Academy prospect Graham Curtis and sub-Academy back Ethan McIlroy, also getting their first taste of senior action from the bench and their names on the scoresheet.

New Zealander Faddes started at outside centre alongside James Hume, with Michael Lowry at full-back, Craig Gilroy back on the right wing after a protracted absence due to injury, and Angus Kernohan on the opposite flank. Billy Burns captained the side from half-back alongside Jonny Stewart.

O’Connor linked up with his older brother Alan in the second row, behind a front row trio of Kyle McCall, Adam McBurney and Ross Kane, while Clive Ross, Marcus Rea and Greg Jones, who went on to score a brace of tries, formed the back row.

Australian international Carter started on the bench for his new side, alongside a mixture of youth and experience including four full Ireland internationals in the form of Kieran Treadwell, Sean Reidy, Luke Marshall and John Cooney. 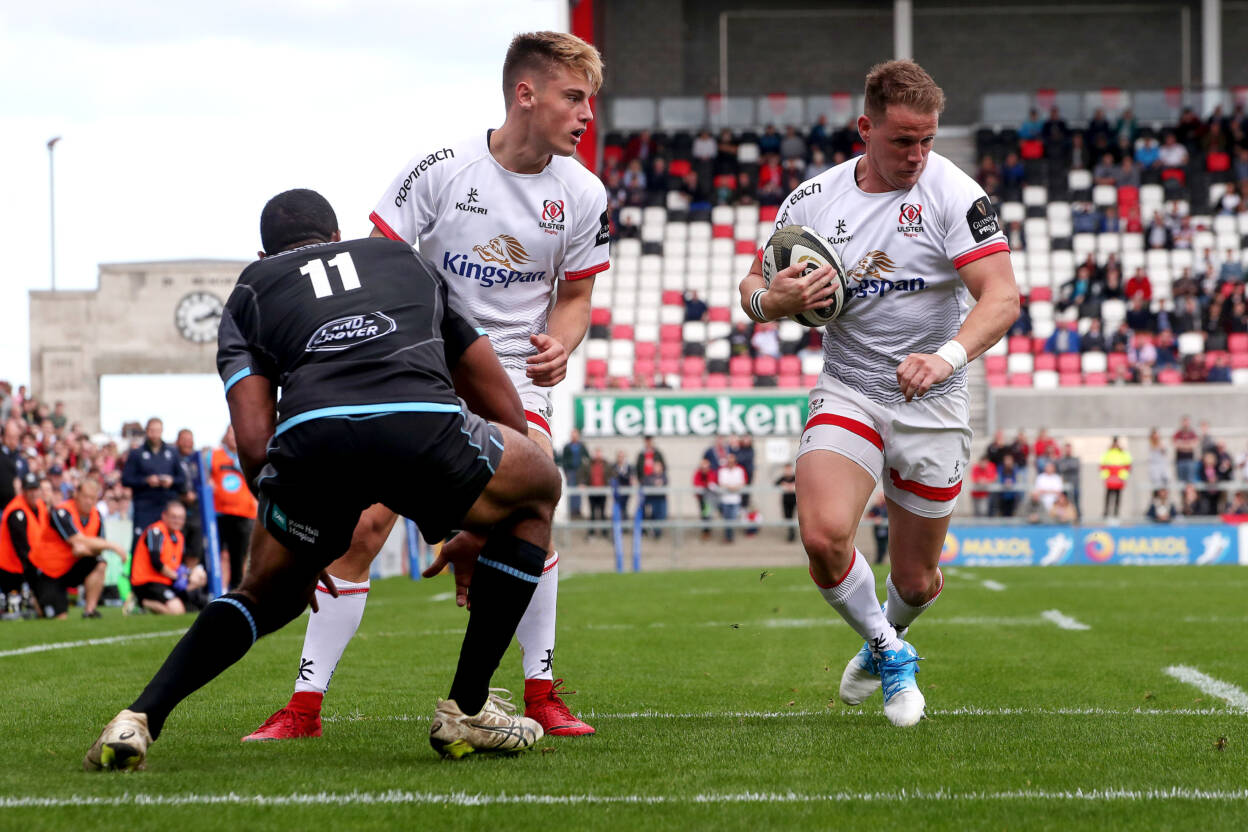 The Kingspan Stadium crowd burst into life with six minutes on the clock as Gilroy’s interception of a loose pass set up a high-octane kick chase, but Glasgow Warriors did well to clear their lines and went on to draw first blood. Nick Grigg nipped over in the corner after fast hands from his fellow backs.

The hosts were soon back on terms, however, as the eager Gilroy capitalised on some quick thinking from McBurney who scooped a loose ball backwards between his legs to Lowry, who found the Ireland-capped winger in acres of space for the try.

Burns converted but the game continued to follow its see-saw pattern, with Warriors winger Ratu Tagive touching down on 22 minutes from full-back Glenn Bryce’s pass.

McIlroy, who was an Ulster Schools Senior Cup winner with Methody last March, got his first run-out on the half hour as a blood replacement for Lowry, but could do nothing to repel the force of the Glasgow pack, with flanker Matt Smith bundling his way over for the visitors’ third try just moments later. 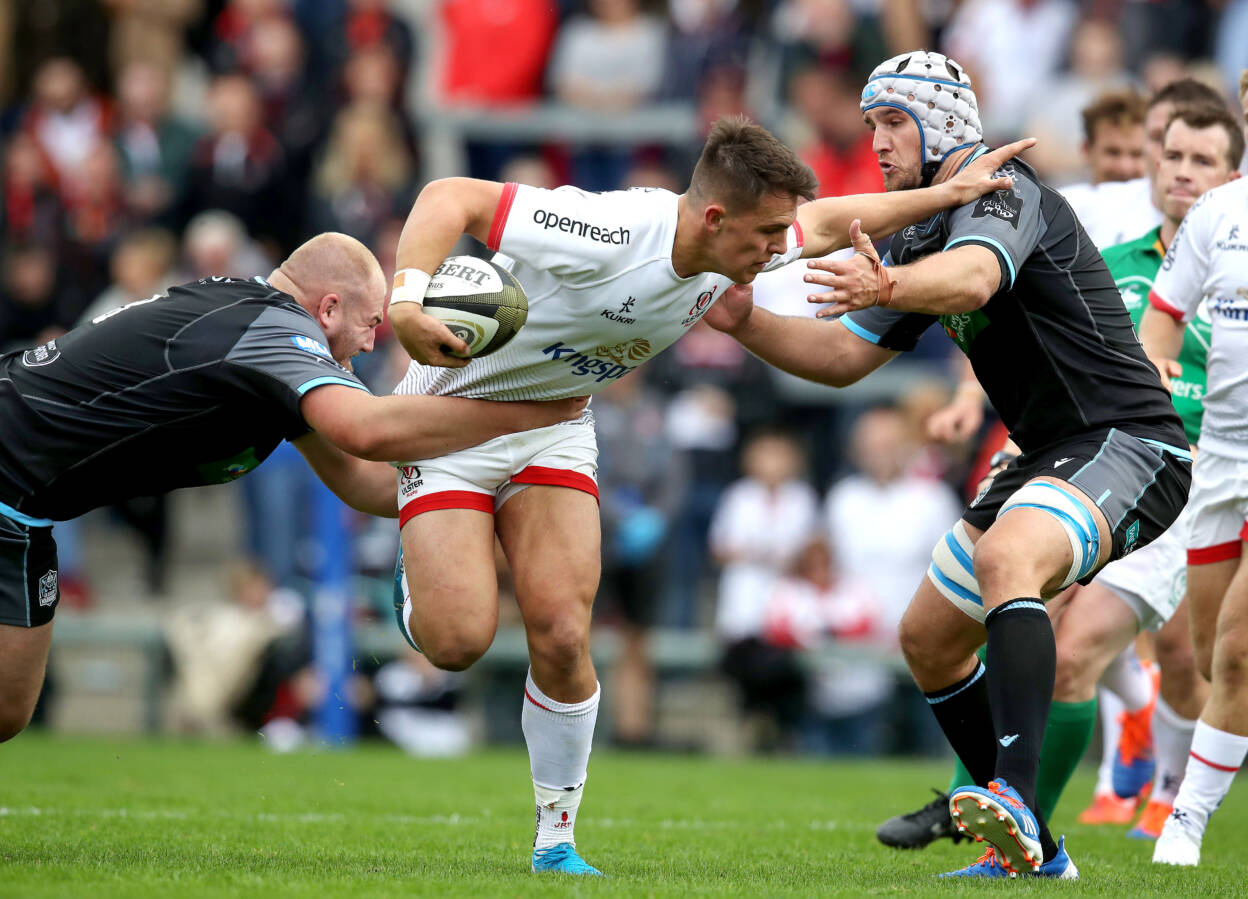 Ulster responded within minutes through Jones thanks to a scrappy but ultimately effective rolling maul, and parity was restored – in terms of tries scored at least – on the stroke of half-time as assured footwork took Gilroy over for his second of the afternoon from Burns’ long pass, closing the gap to 19-17.

Multiple changes at half-time seemed to give Ulster renewed incentive, but a dropped pass five metres from the Glasgow line put paid to a fine early chance. No such mistake was made on 52 minutes, however, as David Shanahan, Marshall and Kernohan combined at electric speed down the left flank, the winger diving over for a sharply-taken team try.

Lowry’s conversion crept over via an upright for a 24-19 lead, which was topped up just after the hour by a well-deserved try for teenage talent McIlroy, the grateful recipient of a pass three metres out after some bludgeoning work from determined prop Tom O’Toole.

Lowry converted again before another debutant – this time Carter – forced his way over for try number six off a neat pass from Matthew Rea. With five minutes remaining Ulster were still not done, Jones tearing up the final five metres despite resistance from three Warriors to land his second of the day.

Then Curtis finished the afternoon off in style with a fantastic solo effort which started on his own 10-metre line and saw the youngster evade three attempted tackles on the way to crowning his senior debut with a memorable try. 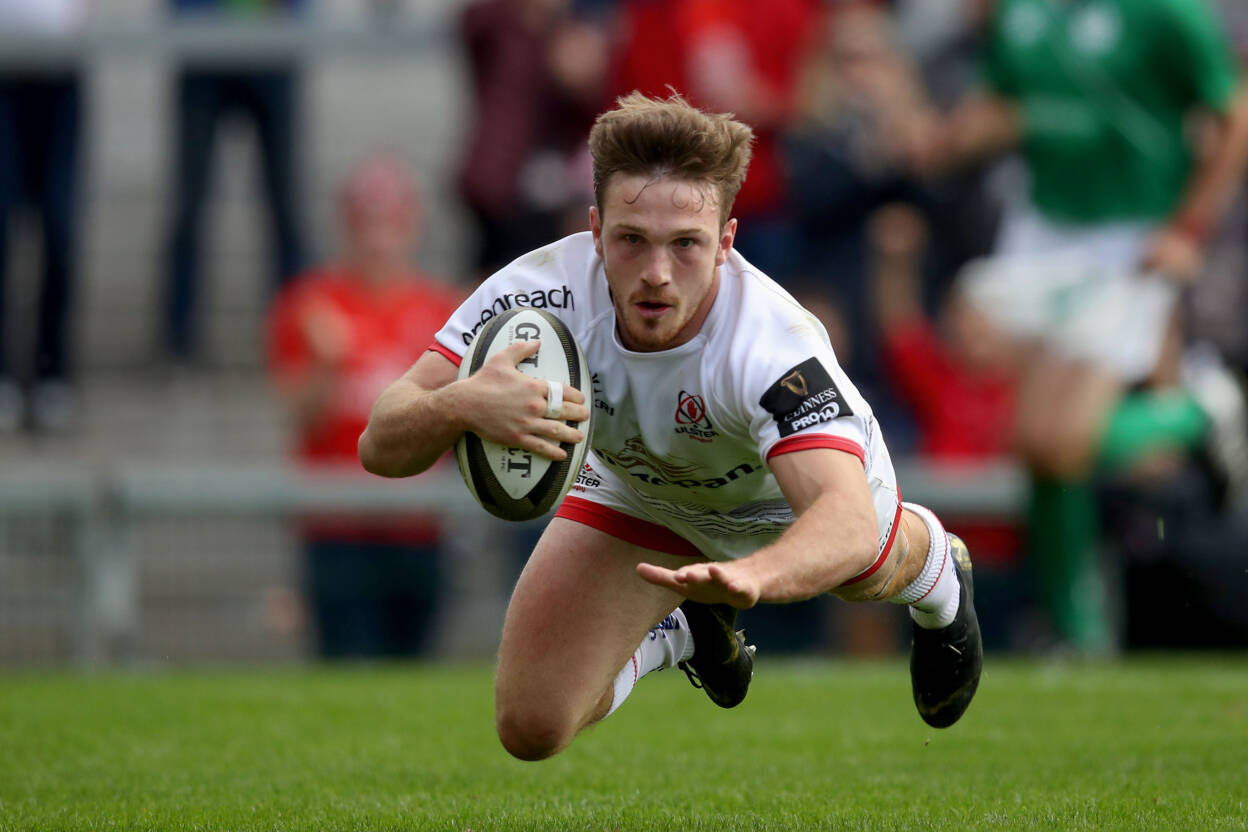 Next up for the Ulstermen is a trip to Scotstoun Stadium for next Saturday’s return match against last season’s GUINNESS PRO14 beaten finalists, before the new PRO14 campaign kicks off on Friday, September 27 when the Ospreys are the visitors to Kingspan Stadium.