Leinster and Munster are the early pace-setters in the IRFU Under-19 Men’s Interprovincial Championship, with the former’s six-try showing against Ulster giving them a one-point lead at the top of the table.

Leinster launched their U-19 Interpro title defence at Energia Park, where they played the final game of a well-attended triple header which also saw the province’s senior men’s and women’s teams made winning starts to their campaigns.

Opposing second rows Matthew Sands and Alex Soroka were prominent early on, carrying strongly and also weighing in with some big tackles. Ulster leaked a penalty on halfway which Chris Cosgrave kicked narrowly wide, but the Leinster winger nailed his next opportunity in the 10th minute. 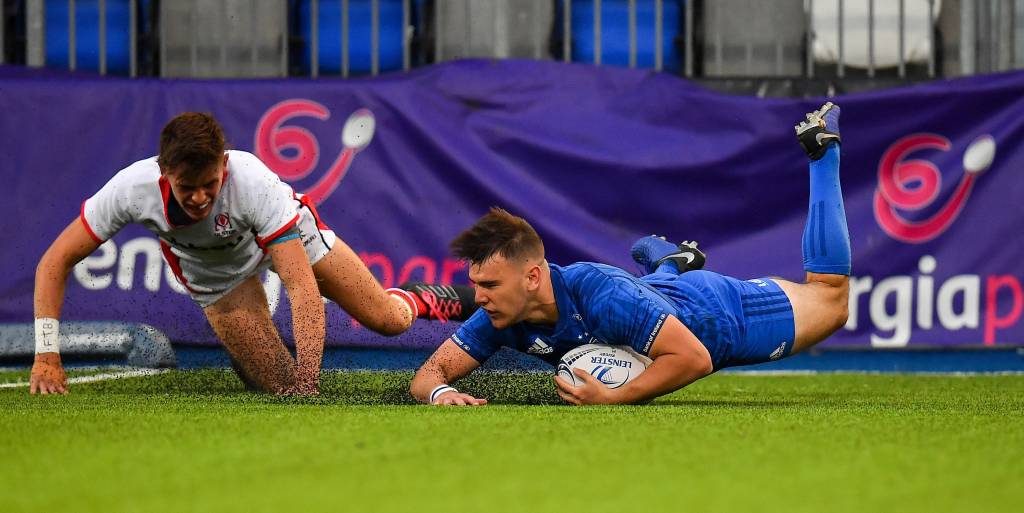 Responding in the 25th minute, quick footwork from Naas full-back Jamie Osborne put winger Matthew McGetrick-Stafford away to make it 11-7, before Malone’s reliable boot closed the gap to a single point.

Terenure College’s McGetrick-Stafford then took centre stage, propelling himself through a Crothers tackle to notch his second try in the left corner. Cosgrave landed a textbook conversion from the touchline, and the lead stood at 25-10 after McGetrick-Stafford had hared up the wing again and passed inside for scrum half Ben Murphy to finish off.

The high-quality scores kept coming with Dalriada School centre Luke Pollock breaking a tackle and gobbling up 40 metres for a terrific individual score, converted by Malone. But the ever-influential Soroka soon crossed for Leinster’s bonus point try to maintain the 15-point advantage.

The visitors conceded while prop George Saunderson was in the sin-bin, as Leinster hooker Ronan Loughnane got his name on the scoresheet. There was still time for Osborne to canter home for the sixth try, while industrious openside Crothers raised his side’s spirits with his second of the evening. 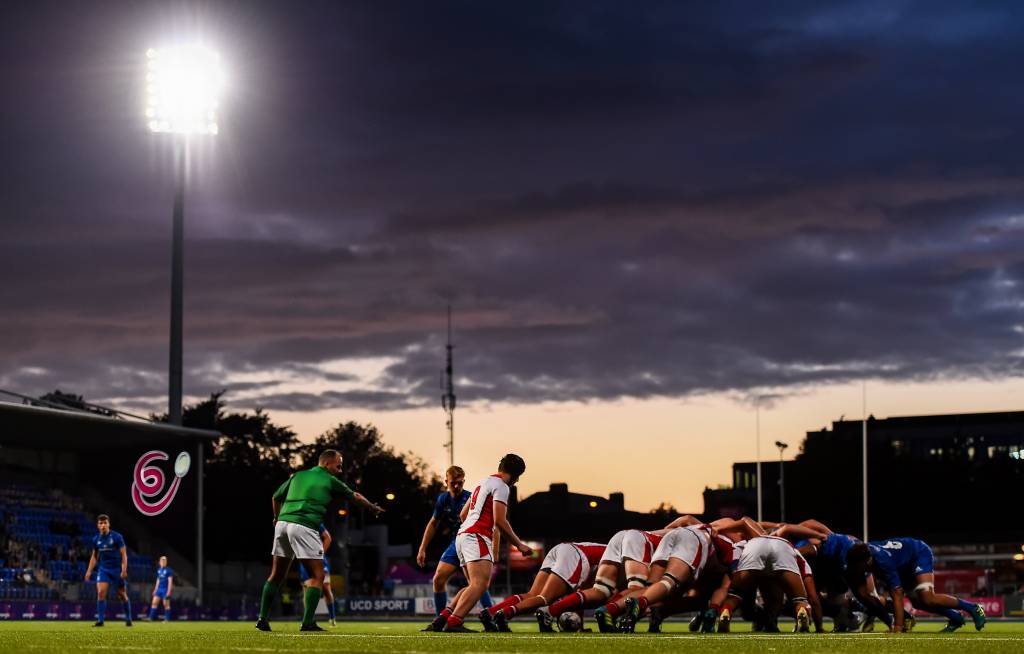 This season’s Championship kicked off at Thomond Park on Friday night where Munster were able to maintain a 10-point margin against Connacht. Old Christians winger Tim Hegarty touched down twice for the victors.

A closely-fought first half ended 13-3 in the hosts’ favour with Crescent College Comprehensive’s Jack Delaney and Cathal Forde of Corinthians swapping penalties inside the opening quarter of an hour.

Amid some defence-dominated exchanges, centre Delaney clipped over a second successful penalty to restore Munster’s lead. The try breakthrough came when Nottingham prop Liam Bishop floated a long pass out for Hegarty to finish in the corner, with Delaney adding the extras to continue his impressive kicking display.

IRFU UNDER-19 INTERPROVINCIAL CHAMPIONSHIP – ROUND 1 RESULTS: