The Centre de Congrès Beaulieu in Lausanne played host today to the pool draws for next season’s much-anticipated EPCR tournaments, with all four Irish provinces set to feature in the Heineken Champions Cup for the first time since 2016/17.

BT Sport’s Sarra Elgan and Mathieu Lartot from France Télévisions presented the event in Switzerland with Dimitri Yachvili of beIN Sports and Channel 4’s Bryan Habana conducting the draws for the pool stages.

Pool 4 drew the biggest reaction after Munster were paired with recently-crowned European and English champions Saracens, the team that defeated them at the semi-final stage in April, as well as Racing 92, their 2018 semi-final conquerors, and the Ospreys, the sole Welsh representatives in the 2019/20 Champions Cup.

With Graham Rowntree and Stephen Larkham now part of Johann van Graan’s new-look Munster coaching ticket, there promises to be some mouth-watering clashes at Thomond Park in the coming months – especially with Donnacha Ryan and Simon Zebo returning to the Limerick venue in Racing colours.

Munster won five of their first six meetings with Saracens between 1999 and 2014, but the English heavyweights have won the last three. There was one home win apiece when Munster and the Ospreys met in the 2010/11 pool stages, two seasons on from the province’s dominant 43-9 quarter-final win at Thomond. 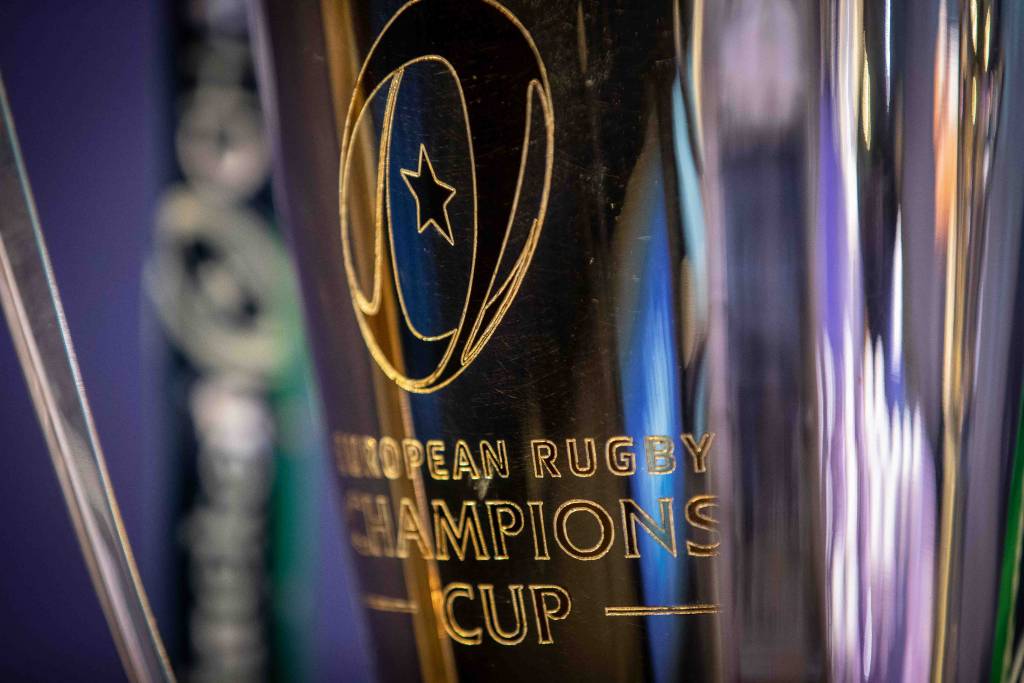 Andy Friend’s first season in charge of Connacht culminated in qualification for the Champions Cup and they face two trips to France in Pool 5. Top-seeded Toulouse, the newly-crowned Top 14 champions, are very familiar opponents for them having been drawn in the same pool on three previous occasions.

Two of Connacht’s most famous Champions Cup days saw them overcome Toulouse at the Stade Ernest Wallon in December 2013 (16-14) and at the Sportsground in October 2016 (23-21). However, the French giants pipped them to a quarter-final place in a nail-biting January 2017 encounter – the westerners’ most recent outing in the top-tier tournament.

Connacht will be out for revenge against Gloucester after tight defeats in two Challenge Cup quarter-finals (2015 and 2018) and a Champions Cup qualification play-off four years ago. Montpellier complete the quartet, a club that lost 22-19 and 20-10 to the province when they last met during the 2009/10 Challenge Cup. 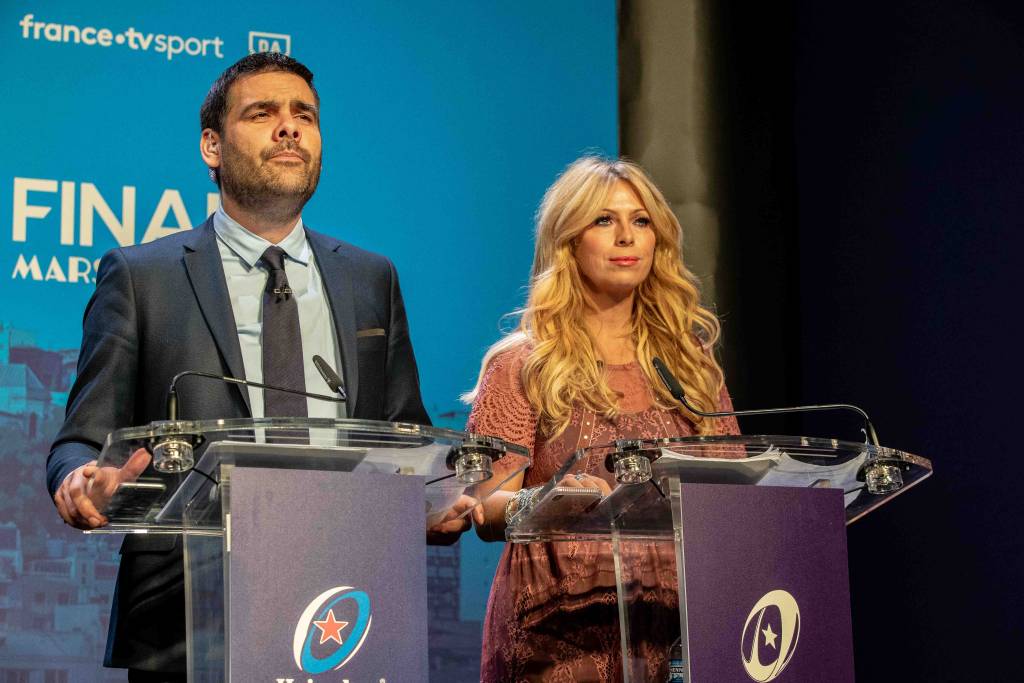 Ulster will have Clermont Auvergne, last month’s Challenge Cup winners, and English clubs Harlequins and Bath for company in Pool 3. Dan McFarland’s first year at Kingspan Stadium was one of real progress as the Ulstermen reached their first European quarter-final since 2014 and their first PRO14 semi-final since 2016.

Their past European history with their three pool opponents is encouraging. It was one home win apiece when Ulster and Clermont clashed in the pool stages in 2011/12 (when they were runners-up and beaten semi-finalists respectively) and 2016/17. Luke Marshall secured the bonus point in a memorable five-try 39-32 triumph over les Jaunards in December 2016.

Ulster’s most recent meetings with Harlequins and Bath have had favourable outcomes, with the province claiming a December 2017 double over ‘Quins – 17-5 away and 52-24 in Belfast – and achieving the same feat back in December 2010 when Bath lost 22-18 on their travels and 26-22 at the Recreation Ground. 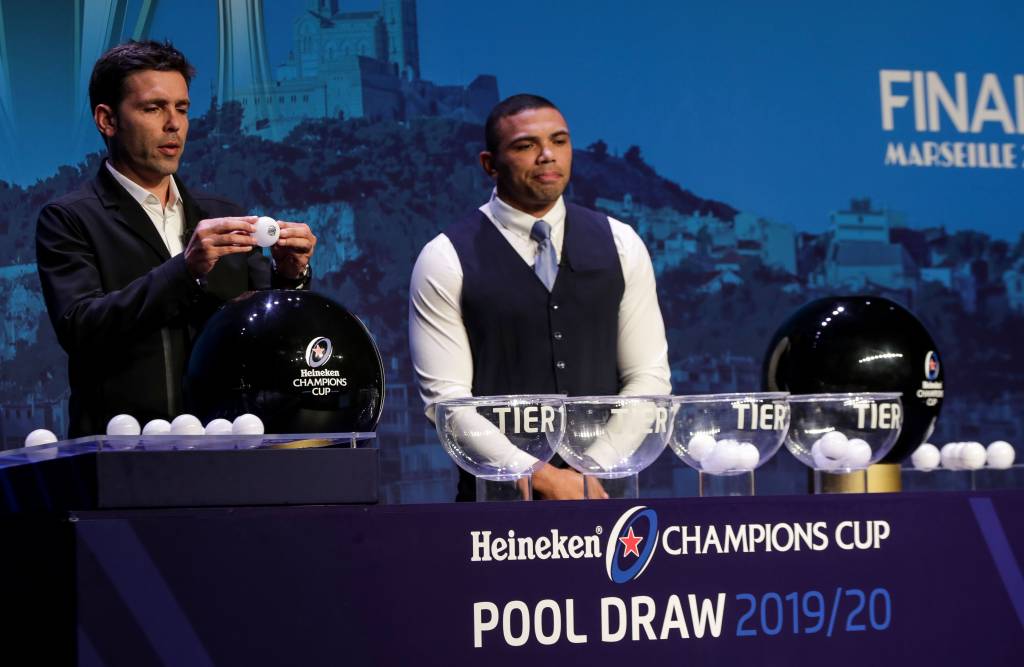 Meanwhile, this year’s runners-up Leinster head up Pool 1 which contains Lyon, who reached the Top 14 semi-finals in recent weeks, Northampton Saints and Benetton Rugby who made history last month by becoming the first Italian club to qualify for the GUINNESS PRO14 play-offs.

Leo Cullen’s charges wrapped up the season by retaining their PRO14 title and will be fiercely determined to build momentum on the road to Marseille 2020 after losing their European crown to Sarries. Pierre Mignoni’s Lyon side will also be looking for a big improvement after losing all six pool games on their Champions Cup debut in 2018/19.

Leinster have won six of their seven previous matches against Northampton, including two high-scoring back-to-back pool victories in December 2016, while they have not been pool rivals with Benetton since winning 25-9 (away) and 57-17 (home) in 2004/05. The Italians now have both Ian McKinley and Ian Keatley in their back-line ranks. 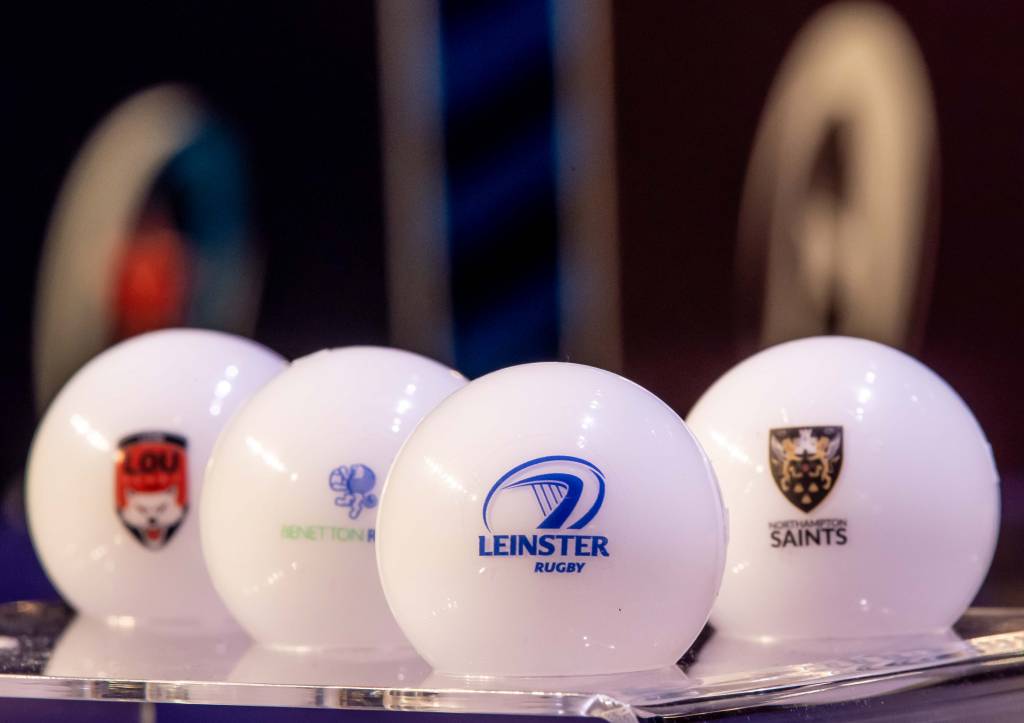 In May 2020, Marseille will host the finals of the Heineken Champions Cup and the European Challenge Cup. The 67,394 capacity Stade de Marseille is France’s second largest stadium and the legendary home of the Olympique de Marseille football team. Click here for more ticket information and to buy your ticket(s) for Marseille 2020.