Having played a starring role during the stunning Grand Slam success in the spring, Ireland Under-20 hooker Dylan Tierney-Martin is hoping to make the summer of 2019 one to remember.

The Galway youngster started all five games in this year’s U-20 Six Nations as Noel McNamara’s charges defied expectations to complete a clean sweep of wins. Tierney-Martin was at the heart of all that was good about this Ireland team, leading the way with four tries over the course of the tournament.

It was in stark contrast to his initial introduction to the Under-20 grade for last summer’s World Rugby U-20 Championship in France, which ended with Ireland narrowly defeating Japan in an 11th/12th place play-off. Tierney-Martin made his debut off the bench during that game.

Given how results proved hard to come by during the pool stages twelve months ago, it comes as no surprise that Tierney-Martin’s focus is on next Tuesday’s Pool B opener with England at the Club de Rugby Ateneo Inmaculada in Santa Fe (kick-off 3.30pm local time/7.30pm Irish time).

“As a squad, what we have done is done. Even after the Grand Slam it was a case of enjoying it but everyone wants to keep winning as well as long as you can. There was no dwelling on that. We are just looking ahead to England. We’re not looking at anything else,” he said, speaking ahead of the squad’s departure for Argentina.

“That first game, every tournament everywhere is (about) momentum. When you have games close together it is quite easy to move on to the next one when you are winning. It can be very tough when you’re not. You saw that with the lads last year after losing that first game to France. It could have been so much different if they had won that first game.” 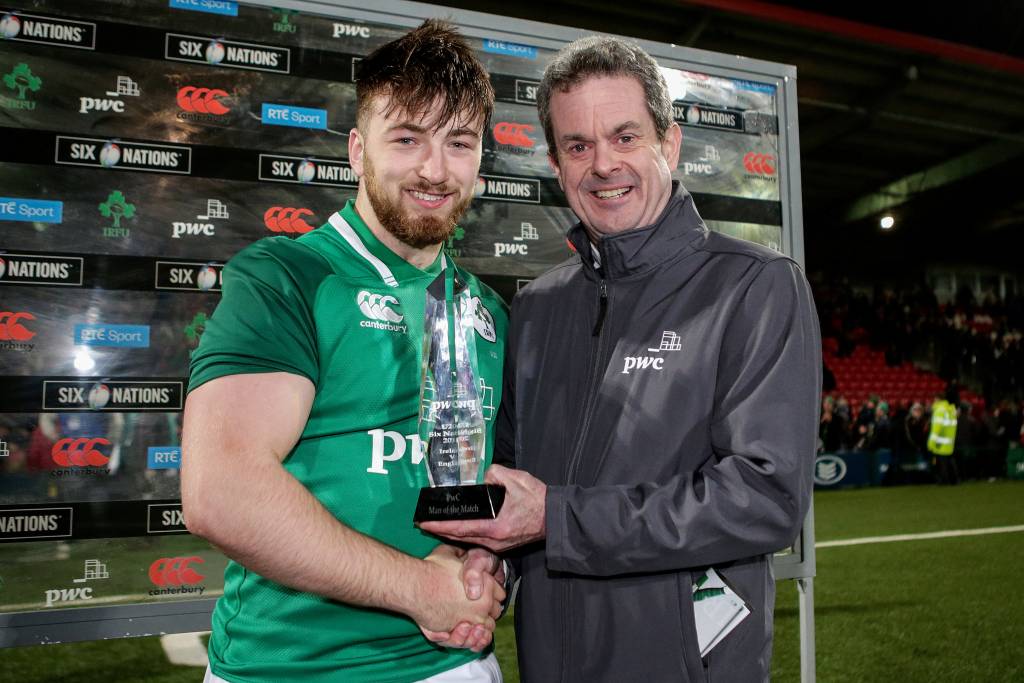 While it is practical for the squad not to reflect too deeply on what has gone before, the fact their Six Nations bow was also against England means they will have something to draw on. It was a particularly impressive outing for Tierney-Martin, who bagged tries in each half to propel Ireland towards a magnificent 35-27 triumph at Irish Independent Park.

Despite his try-scoring exploits against the English side that February night, he pinpoints one outstanding defensive moment as the true turning point in the game.

“In the second half, we were down at the far corner playing back up towards the Dolphin end and England kicked to the corner. Mauled and took it down and they got a penalty from that. They scrummed from there, twice, and our loosehead (Michael Milne) got a yellow card and Wych (Josh Wycherley) came back on.

“In fairness to England, they were getting a bit of a shove on us so Wych turned to me and said, ‘these boys are really fired up for this’, and I suppose we used the dark arts of the scrum. We let the shove come on and they shot the jump and we got the free kick and cleared our lines.

“Looking around there was such a sense of relief with everyone because we were only one or two points ahead at that stage and it was a massive turning point for them. You could feel their heads drop and from that point on we felt like nothing was going to stop us.”

As was the case when they met four months ago on the Leeside, the English pack has a bulk on paper that their Irish counterparts will struggle to match. Tierney-Martin admits that they are at a disadvantage on an individual basis but thanks in no small part to the work of scrum coach Ambrose Conboy, they have a collective stability that they can rely on through the stiffest of tests.

“You can say that their weight is their strength, but then they have had that extra exposure to a higher level as well because there are a lot more clubs in England. Everything at set piece, especially the scrum, is about experience and technique more or less. So when you go up against lads who have played against seasoned pros and internationals it is quite an advantage for them.

“Thomas Clarkson and Josh Wycherley did an incredible job. Ambrose Conboy had us incredibly well drilled on what we needed to do to England, to get them low and what not. Just to nullify that extra experience and that extra weight that they have.

“As an eight, when you are an unified group then the individual experience doesn’t matter. We talked a lot about that – eight as one. We survived for a lot of the game but we had a 100% put-in on our scrum in the Six Nations so that ‘eight as one’ is huge.” 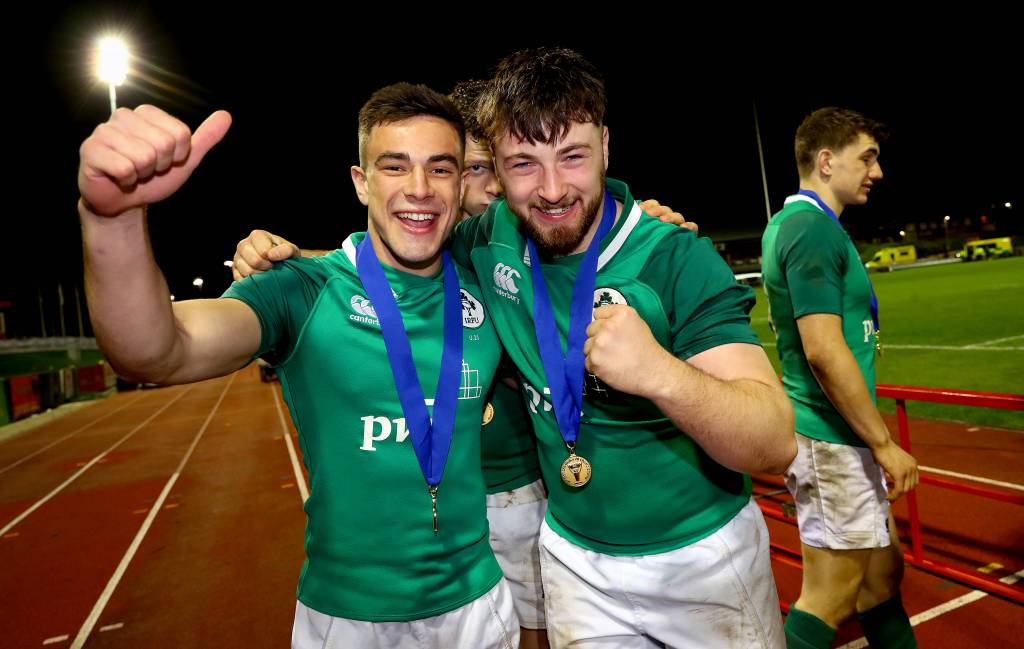 The weeks leading up to the tournament have been vital for Tierney-Martin, who has not played competitively since the Grand Slam decider against Wales in mid-March. Following his exploits in the Six Nations, he was given a full rest to prepare him for the forthcoming games in Santa Fe and Rosario.

He returned in time for the squad’s warm-up matches when he was understandably rusty after being out of action for an extended period. The former openside flanker was frustrated to miss out on the final rounds of Corinthians’ All-Ireland League Division 2B campaign but understands how much it could benefit his cause in the long run.

“It was more loading. In my case, I had played the five games in the Six Nations so it was just about trying to keep the game-load down and just get back into full fitness again because those five games so close together you lose a lot of muscle mass and stuff like that. It’s just about getting back to that point,” he explained.

“My club Corinthians were battling relegation in 2B. There were times where you would feel like getting in and doing a job to help out the lads, but it was done for my benefit so I had to understand that and take it on the chin. Thankfully the Corinthians lads went up to Belfast on the last day and won to stay up.”

The Ireland U-20s share Pool B with Australia, England and Italy, and will face old rivals England on the opening day next Tuesday. Ireland’s matches will be shown live on eir Sport, while there will be live streaming via the World Rugby website in certain regions. Tickets for the tournament are available via www.ticketek.com.ar.