Ahead of the fourth anniversary of Marriage Referendum, Union Cup, Europe’s biggest LGBT+ inclusive rugby tournament taking place in Dublin on June 8 and 9, has announced that teams competing in the inaugural Women’s tournament will be playing for the Ann Louise Gilligan Cup.

In celebration of her work and dedication to equality, LGBT+ rights and inclusion, host team Emerald Warriors has written Dr. Ann Louise Gilligan into sporting history with a legacy for future tournaments. Dr. Gilligan’s spouse, Minister Katherine Zappone, officially launched Union Cup Dublin in April in the Aviva Stadium, and has been involved in the cup’s creation, which has the philosophical reference ‘image the possible’ engraved on it.

Minister Zappone said: “I sincerely thank the Union Cup and the entire rugby community for the great honour they have bestowed on my beloved Ann Louise. She shared the Irish passion for sport and would be thrilled to be remembered in such a way.

“Sport is the lifeblood of our country, and should be open and accessible to all. The Union Cup is a huge opportunity to show this in action. It will again place Ireland as an international leader in terms of equality, fairness and justice. I encourage everyone to come out and support this fantastic event.” 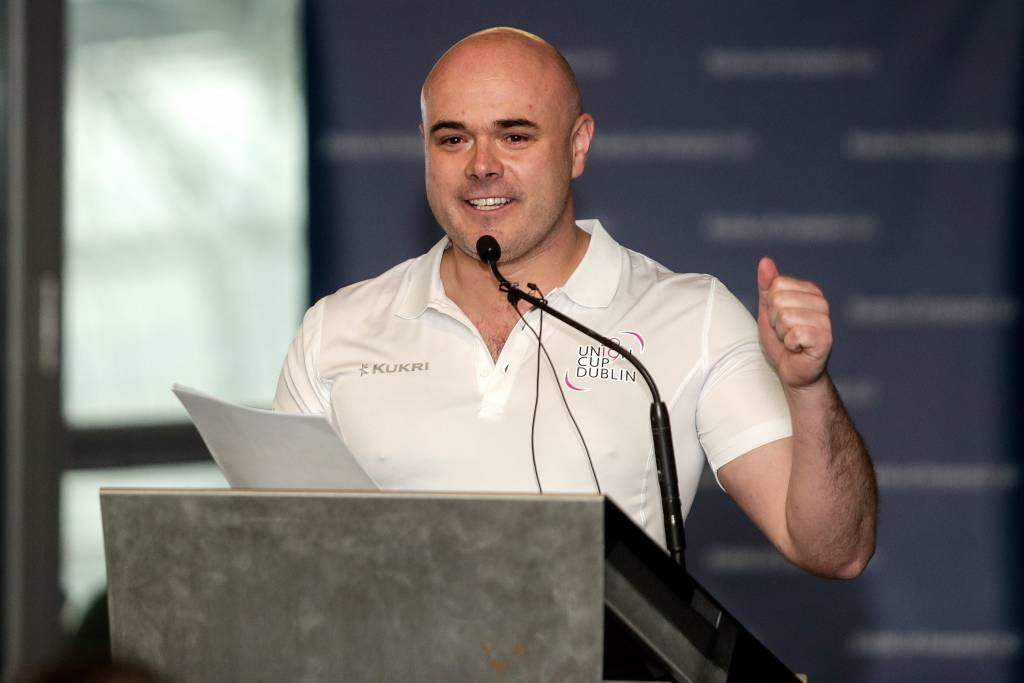 Richie Fagan, Union Cup Dublin Chairman, commented: “We are wholly honoured to dedicate the first ever Women’s Union Cup to this incredible woman. We thank Ann Louise Gilligan and her inspirational spouse, Minister Katherine Zappone, for their contribution not only LGBT+ community, but for equality for all and the greater good of our country.

“As we passionately promote rugby as a sport for all, we feel it’s absolutely apt to recognise the contribution Ann Louise made. In 2015 we achieved Marriage Equality for the LGBT+ community, now we’re asking Ireland to stand in support of diversity and inclusion in rugby at Union Cup Dublin!”

45 teams from 15 countries will play over the weekend, with eight Women’s teams competing at the festival of rugby at Dublin’s DCU, alongside the Men’s sides. The tournament will be officiated by the IRFU, and Nigel Owens MBE, the current world record holder for most Test matches refereed, will referee the final on Sunday June, 9.

Why is Union Cup important?