Munster Rugby and the IRFU have confirmed that Tadhg Beirne has signed a two-year contract extension that will see him remain with the province until June 2022.

The versatile Ireland international, who joined Munster on a two-year deal last summer, has now committed to the province for a further two years. In starting 18 of his 20 appearances to-date, the 27-year-old lock has also scored two tries.

Recognised for his impressive work-rate at the breakdown, he deservedly won man-of-the-match awards at home and away against Exeter Chiefs in the Heineken Champions Cup, and against Leinster, the Ospreys and Connacht in the GUINNESS PRO14.

The turnover king topped the charts in the Champions Cup with 15 turnovers, and following committed performances in red he was nominated for Munster Rugby Player of the Year by his fellow team-mates last month. Capped five times for Ireland, Beirne made his Six Nations debut against Wales in March. 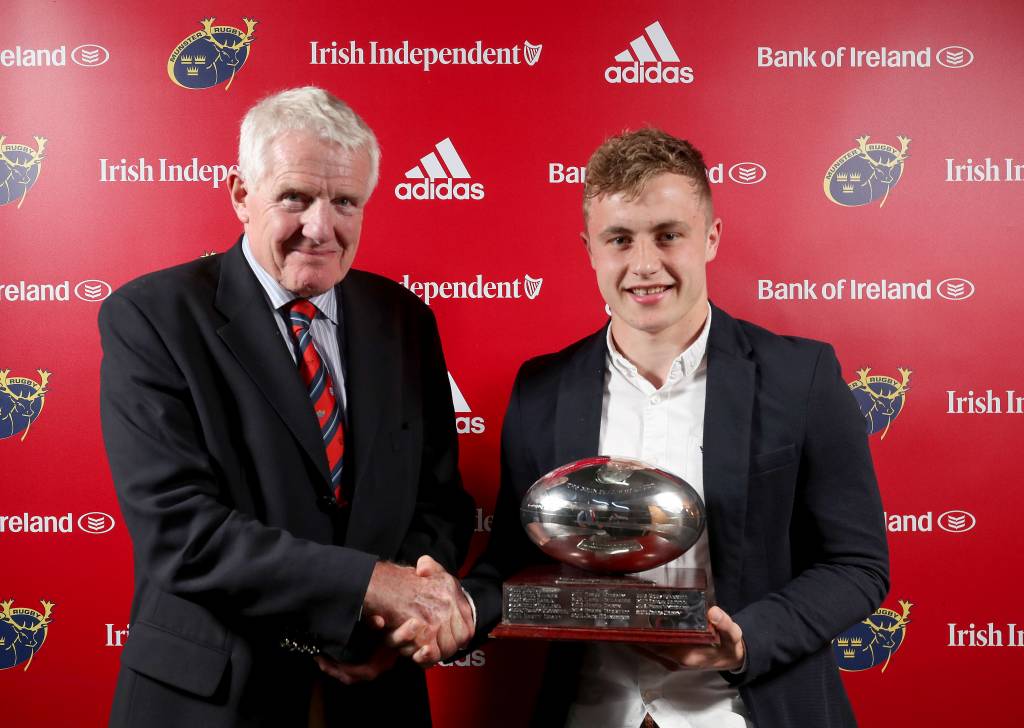 Further positive news for Munster sees Academy scrum half Craig Casey advance to a development contract at the start of next season. He will then move to a full contract at the beginning of the 2020/21 season.

Coming to the end of his second year of the Academy, the talented half-back from Limerick played a leading role in the Ireland Under-20s’ Six Nations Grand Slam-winning campaign.  Named vice-captain of Noel McNamara’s young squad, he started against France, Italy and England, and scored two tries.

Most recently, the 20-year-old Casey was named Munster Rugby Academy Player of the Year before going on to make his GUINNESS PRO14 debut as a replacement during the final minutes of the recent derby win over Connacht at Thomond Park.

Playing his club rugby with Shannon RFC, the promising youngster continues to follow in the footsteps of his uncle, former Munster back Mossy Lawler, while his father Gerry is a Rugby Development Officer with the province.

Rhys Marshall suffered a low-grade calf strain at training last week, while Alex Wootton is undergoing a procedure on a knee injury and will miss the remainder of the season.

Joey Carbery (hamstring) is progressing with his re-integration to full team training, and fellow international Keith Earls (thigh) continues to be monitored by the medical team. The following players are progressing with their rehabilitation – Brian Scott (foot) and James Cronin (leg).