When Clontarf last captured the All-Ireland League Division 1A title in 2016, a future Ireland international was the heart of all that was good about their performance.

Still a member of the Leinster Academy at that stage, Joey Carbery contributed 13 points in a narrow 28-25 victory for the north Dubliners. The Athy man has since gone on to accumulate 18 senior caps for Ireland, while his first season as a Munster out-half has seen the province challenge again for GUINNESS PRO14 and European honours.

Cork Constitution provided the opposition on that occasion three years ago and it is the Leesiders who once again stand in the way of their quest for league glory tomorrow afternoon. Carbery is by no means an outlier for the Castle Avenue outfit, with Leinster duo Vakh Abdaladze and Conor O’Brien having come through their dressing rooms in recent times.

As one of the All-Ireland League’s most experience coaches, ‘Tarf boss Andy Wood believes it continues to offer a strong pathway into the provincial system.

“I have said it before, we look at it two ways,” explained the New Zealander. “If we provide an environment for the players to shine, they go on to bigger things or the professional game. If they are enjoying doing that with us, then we get the spin off the back of that. The club profits and we build that culture inside the AIL. It works both ways.

“You find with ambitious players who join us or the local lads who have come through and obviously have quality. It comes together quite well. It’s great to see guys going on. The ambition of our players, whether we are officially tacked on to the professional game or not, there are still players who are playing to be the best of their ability in the AIL, who we hope would transition in.

“You certainly want to be speaking to the coaches who would directly influence these players’ careers. There is always a good relationship with Leo (Cullen) and Peter Smyth in the (Leinster) Academy as well. It wouldn’t be every week, but there are certainly conversations now and again.” 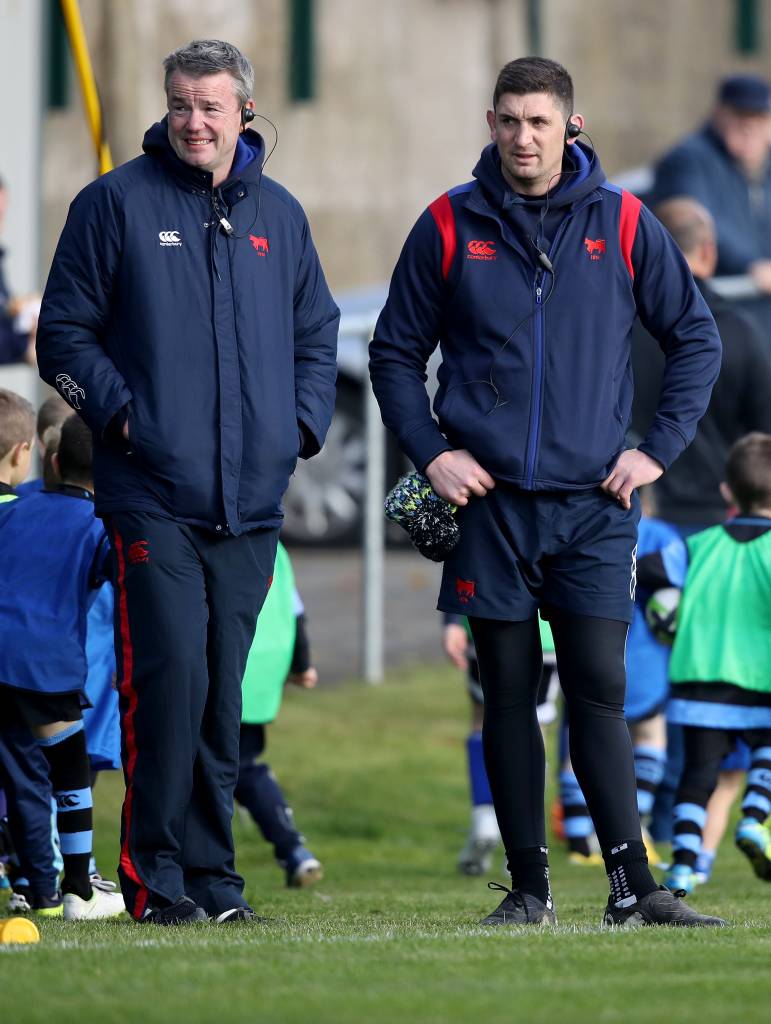 Leinster prop Abdaladze is set to feature on the Clontarf bench tomorrow. The inclusion of the powerful 23-year-old tighthead would be an undoubted boost for Wood, who has also called on the youngsters within his ranks to emulate Carbery’s heroics of 2016.

“We have got a lot of games out of Vakh over the last few years. He is not far off where we would like him to be. It is good than he has been there and has played in finals as well. He knows what it is all about and if he gets released, then fingers crossed we will get a big contribution out of him.

“A few years ago was a perfect showcase for Joey. I think Joey was always going to shine through. It happened as it was aligned. He was quality for us and it worked well. It gave him a springboard to go on to where he has got to now. I think there is more to come from him as you would probably acknowledge. We will see who puts their hand up on Sunday.”

Indeed, the aforementioned O’Brien, whose younger brother Sean is pencilled in to start at outside centre tomorrow, is another player who has progressed to provincial level. The Mullingar native featured alongside Carbery and Leinster hooker Bryan Byrne in that 2016 final, while Munster winger Darren Sweetnam was on the scoresheet for Cork Con that day.

Conor O’Brien, who is in his third year with the Leinster Academy, has made significant strides under Cullen and Stuart Lancaster, notching six tries in 14 appearances so far this season. Speaking about the promising centre, Wood agreed: “I think he is an excellent player. He’s got a good skill-set. There is obviously some development to be done there, he would say that himself.

“But it has happened to a degree where it is pretty easy for Leo to pick him now. He’s got a good size and he has a big boot too. He is very well-rounded. I think the more confidence he gets from more starts and opportunities he gets, he’ll go from strength-to-strength.” 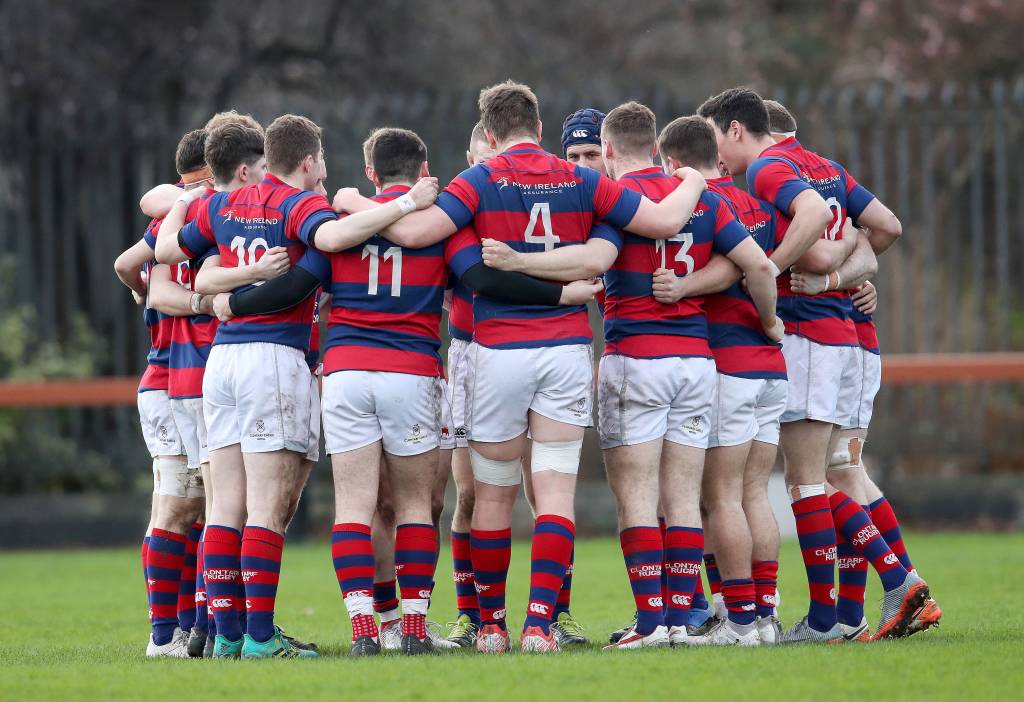 With six wins from seven since their mid-February defeat to Cork Con (34-24) on the road, Clontarf will arrive at the Aviva Stadium tomorrow in a rich vein of form. They also started their Division 1A campaign in fine fettle, before an agonising 16-13 reversal to Con kick-started a slump at the tail-end of 2018.

Wood’s charges turned things in the New Year, and the wily Kiwi feels their experience has been a major asset in bringing them back to the play-offs after finishing fifth last season.

“Obviously we got off to a six-game run at the start. Took a couple of hits in December and January, but momentum is a funny thing. Then once we found our straps again, it was obviously good coming into this time of the season. I think if you look at it, at the start of the season we backed ourselves to be pushing for top-four.

“That is our consistent aim as a club. We do know what it is like to play when the weather changes slightly. I think the eyes widen a bit at this time of year. So yeah, I think there is experience there. A number of players have been around and been through it for five, six, seven years now. That does count for a lot.”