Suttonians will be playing Women’s All-Ireland League rugby next season after securing a 24-20 win over Malone in today’s keenly-contested Provincial Qualifying League final at Energia Park – the curtain raiser to the main match between Railway Union and UL Bohemians.

Two tries from Purdom, along with touchdowns from back-three threats Lindsey Mayo and Sophie Gibney, were enough to push the north County Dubliners past a Grace Davitt-inspired Malone who ran in three tries of their own through player-coach Davitt, Peita McAlister and Jasmine Ward.

Both sides had their moments during a lively start but the promotion decider remained scoreless until the 19th minute. Suttonians full-back Gibney was sin-binned for a deliberate knock-on during a two-on-one break for the Cregagh Red Sox. Just moments later, out-half Davitt was quick off the mark to slip around two defenders and raid in behind the posts for a try she converted herself. 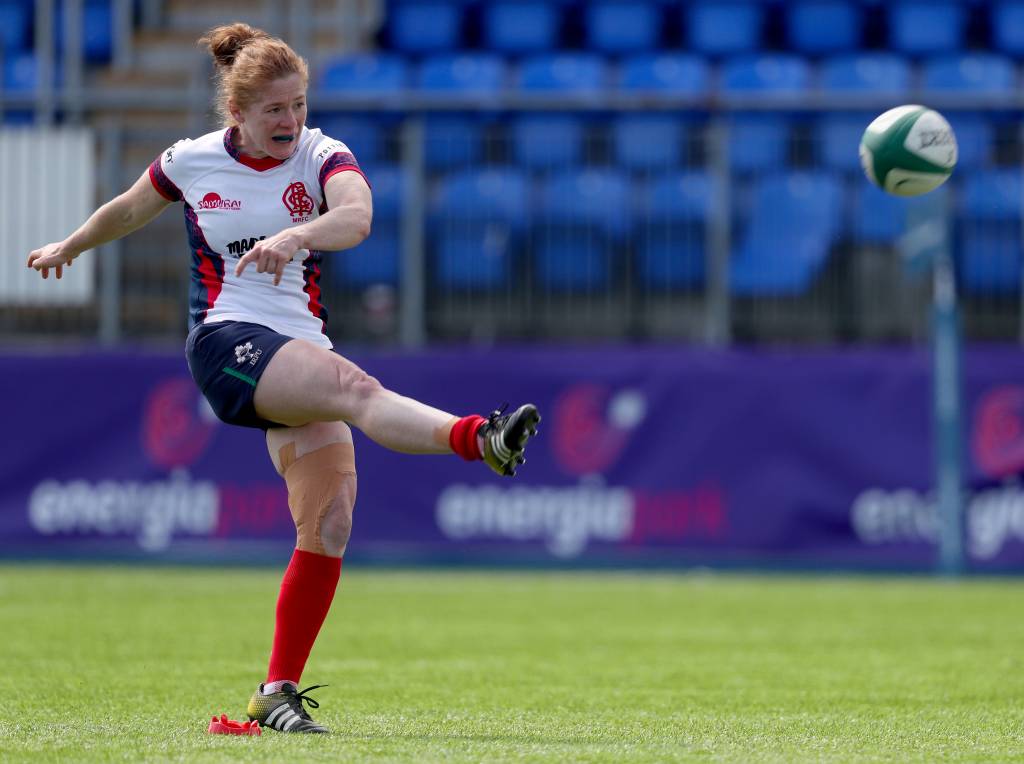 The Sutton outfit hit back with a levelling 23rd-minute try, building through the phases before Purdom, who was part of Leinster’s Interprovincial title-winning squad this season, crashed over from close range. Captain Nicole Carroll converted and Gibney nipped in between two defenders in the 35th minute to finish off some crisp passing out to the left.

It was nip-and-tuck as the momentum swung one way and then back the other, Malone managing to square things up at 12-all for half-time thanks to centre McAlister breaking Suttonians’ gritty defensive wall which had withstood phase after phase. The intensity showed no signs of abating on the restart. 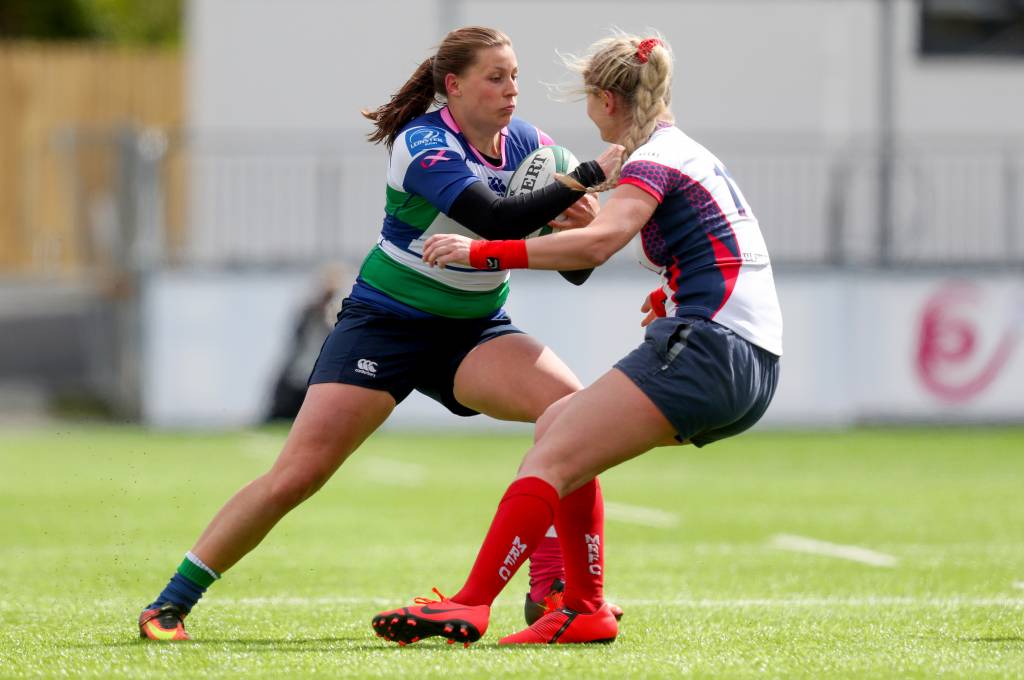 Within six minutes, Davitt had knocked over a penalty for a three-point Malone lead. Gibney’s fantastic catch of a high ball led to Suttonians releasing winger Mayo on the right and she took off to evade the clutches of four defenders for a superb solo try. Davitt felt aggrieved that there had been a forward pass in the build-up.

The Ulster champions used that frustration to ensure that the lead changed hands again just minutes later. Some lovely handling gave left winger Ward enough time and space to claim an unconverted try in the corner despite two last-ditch tackles. Suttonians were now 20-17 behind with a quarter of the match remaining. 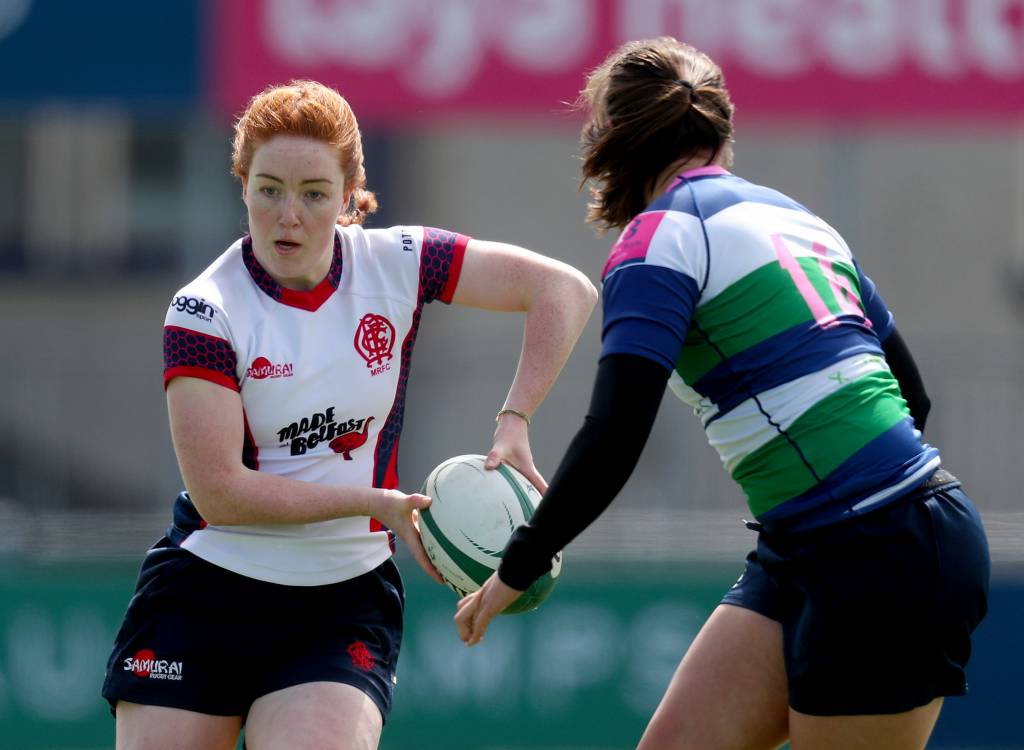 The decisive moment arrived just past the hour mark when a number of phases got the Dubliners into position and Purdom showed her strength to drive over and complete her double. Gibney tagged on the conversion for good measure, opening up a four-point buffer, and Suttonians made sure they ended the game in possession and deep inside Malone territory.

Suttonians boss Forbes, who has previously coached the Leinster Women’s team, said afterwards: “It’s incredibly exciting, Suttonians back on the map in All Ireland rugby is huge for everybody in the club. The support behind the girls in the community, let alone the club, has been amazing.”

Relieved to have come out on the right side of a tight result, the Leinster champions’ out-half and skipper Carroll commented: “It was a tough one, probably didn’t play like we wanted to in the first half. When we went ahead then our confidence grew. The plan was to stay out of our red zone and in theirs and get points and that’s what we did.

“It’s hard to put into words (what promotion means to us). We’ve been talking about it for the last two seasons. We were playing Division 2, there were a couple of girls who decided to stay with the team and stay on the journey. We’re really appreciative of that because we probably wouldn’t be here without them.

“We’re definitely a massive family in ‘Sutts’ – northside strong and all that thing! There’s a good group there. We’ve all been on this journey a long time and we’re glad to be here now as an All-Ireland League club.” 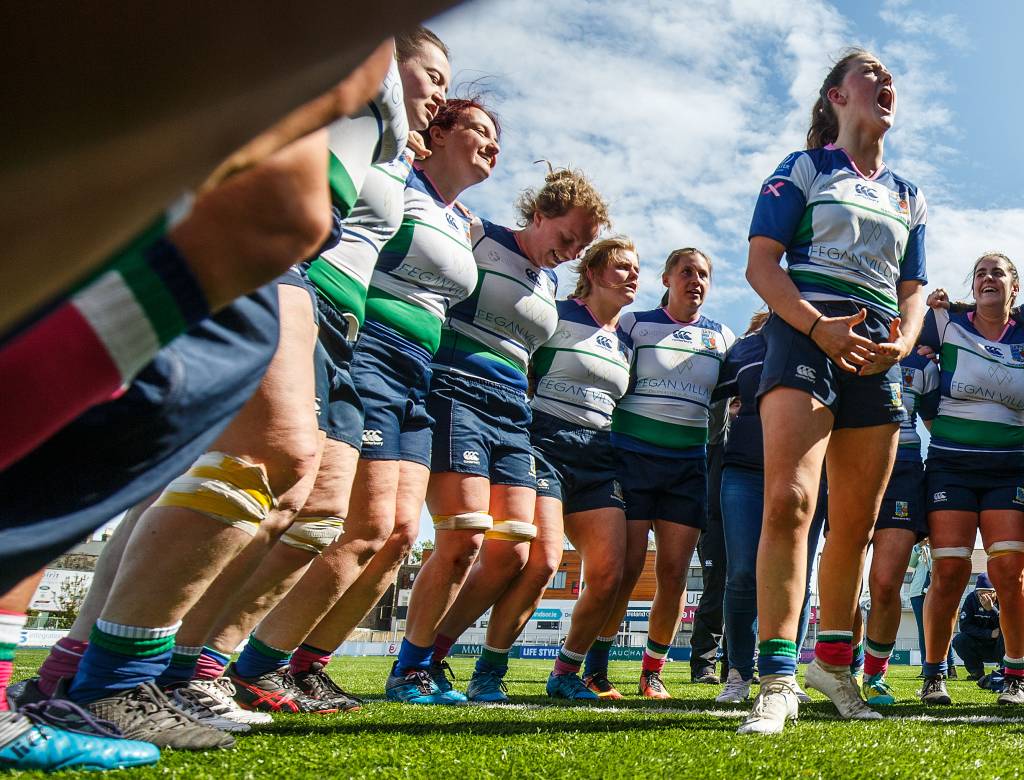