Ireland and Fiji enter the game on day one of the HSBC World Rugby Women's Sevens Series in Kitakyushu on 20 April, 2019. Photo credit: Mike Lee - KLC fotos for World Rugby

The Ireland Women’s 7s finished in 3rd place in Pool C today in Kitakyushu and did enough to claim a spot in tomorrow’s Quarter-Final against France at 3.36am (Irish time).

Ireland began the day well, defeating Fiji 31-10, with Amee-Leigh Murphy-Crowe crossing for a hat-trick, along with scores from Eve Higgins and Hannah Tyrrell. Captain Lucy Mulhall chipped in with 3 conversions to get the girls in green off to a positive start at the Mikuni World Stadium. 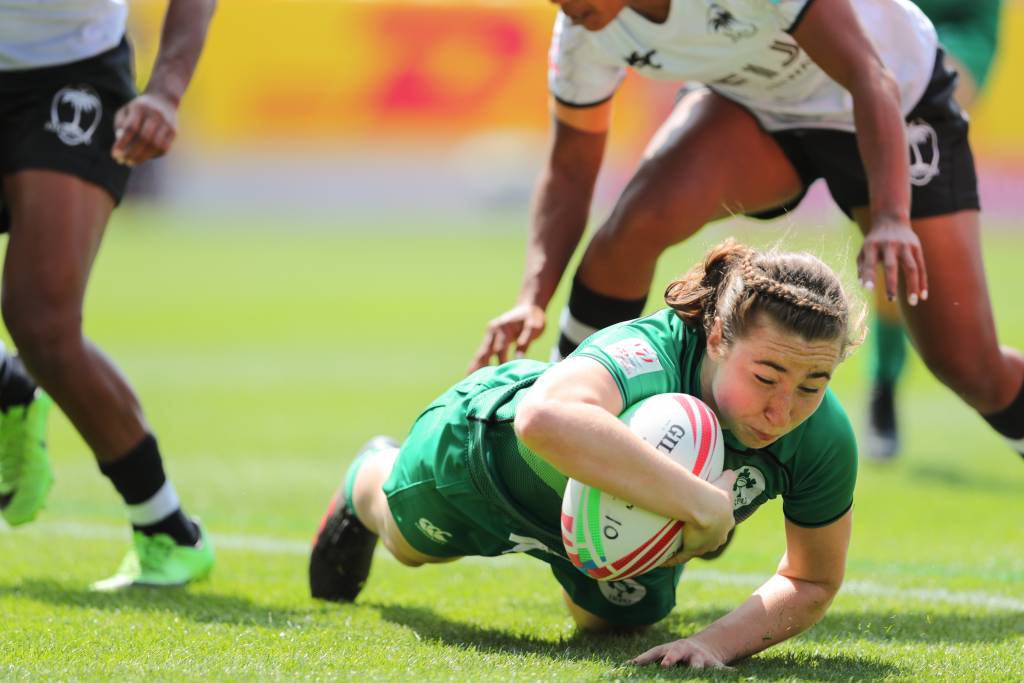 The second game of the day was against an English side who had been beaten 43-7 by the USA in their opening game. The team from across the Irish sea showed just how things can change from one game to another at a day of Sevens, as they ran out 31-0 winners over Ireland.

The English team were excellent over the ball at ruck-time, causing Ireland to cough up penalties and possession on several occasions throughout the game. They crossed for five unanswered tries, leaving Ireland with work to do if they were to salvage a place in tomorrow’s finals. 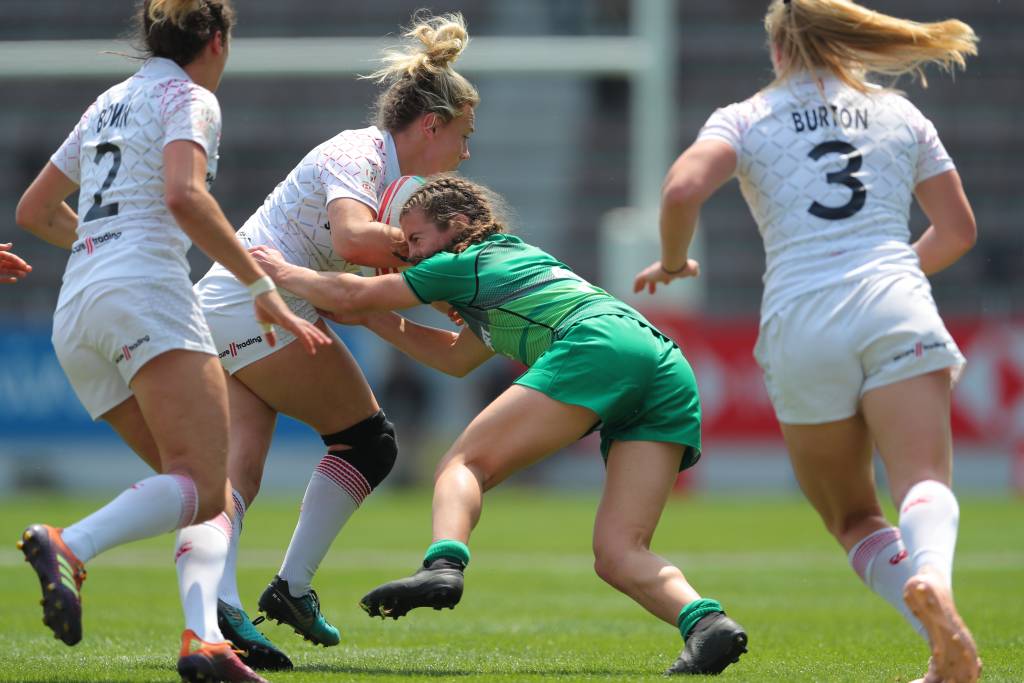 Emily Lane makes a tackle during the game against England

USA were the final Pool C opponents of the day, with the Irish players knowing that they needed to claim back some of their points difference in order to progress.

They started well, with the ball being moved well across several pairs of hands before Murphy-Crowe cut back against the grain to find space and accelerate through for her fourth try of the day, which Mulhall, playing in her 101st World Series game, converted.

USA responded with a try from Kayla Cannett-Oca, but Ireland then did well from the restart and worked the ball well up the pitch to allow Emily Lane dart over with her first touch of the game to put Ireland 12-5 ahead. 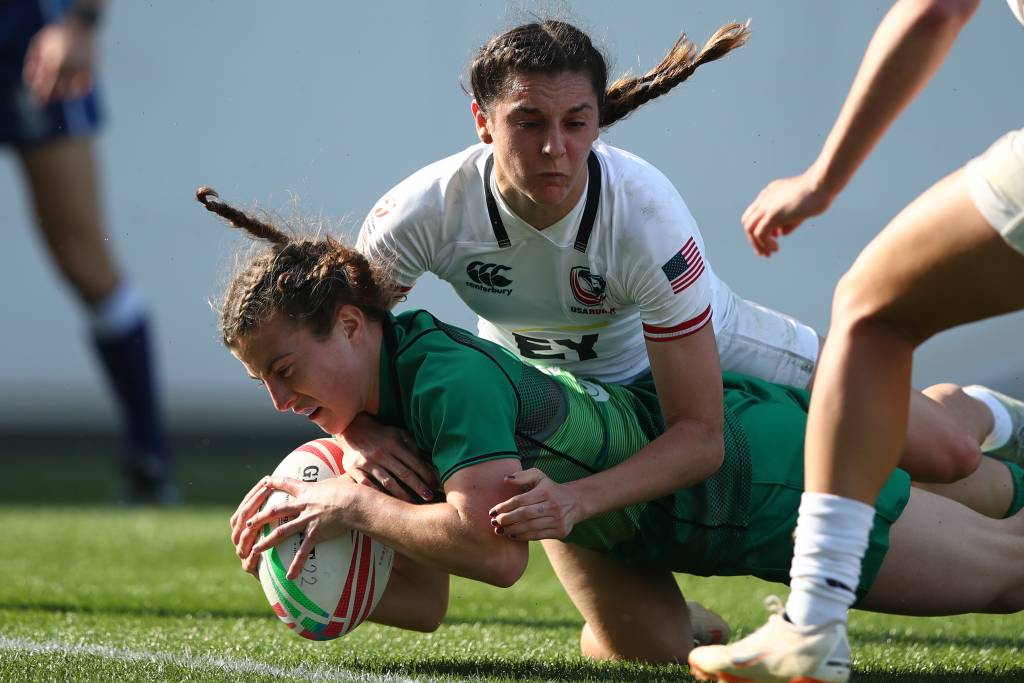 The size and physicality of the USA side was evident as the game progressed, and Kirsti Kirshe showed great pace to score her side’s second try of the game. The conversion was missed, and Ireland stayed in the lead until the closing stages when the American Captain Alev Kelter crossed to give her side a 15-12 win, leaving Ireland on 5 points and a points difference of -13.

This proved to be enough to see Ireland finish as second Best 3rd across the three pools, and they will meet France, who defeated New Zealand 29-7 to finish as top seeds for the day.

Tomorrow’s Quarter-Final is at 3.36am Irish time, and the winner will meet either Australia or England in the Semi-Final, with the loser going into the 5th Place Semi-Final.