UCC, the Donal Walsh Trophy winners, got the better of UCD and Clontarf during their route to to the Fraser McMullen Cup final ©Steven Lynch

Tony Smeeth’s Dublin University Under-20s are bidding to become the first team to retain the Fraser McMullen Cup since UCD in 2012. University rivals UCC stand in their way in what promises to be a cracking final at Naas RFC on Saturday evening (kick-off 5.30pm).

There were two cliffhangers in last week’s semi-finals where Waterford youngster Alex Molloy delivered a man-of-the-match performance for UCC, scoring two tries including an outstanding late match winner in a hard-fought 27-26 victory over Clontarf at Castle Avenue.

Trinity claimed their third narrow win of the season over Lansdowne U-20s, taking a 32-29 verdict on the Aviva Stadium’s back pitch. They were 10 points down midway through the second half, but two Micheal O’Kennedy penalties closed the gap before a terrific last-minute try stunned the hosts, captain James Moriarty and Andrew Hogan both running hard before speedy left winger Paddy Opperman was sent darting in under the posts.

It is a particularly busy time for Dublin University director of rugby Smeeth, with his senior squad currently in recovery mode after last night’s 49-22 Leinster Senior Cup final defeat to Lansdowne. There are exams to get through next week before their historic Division 1A semi-final trip to Cork Constitution on Sunday week. 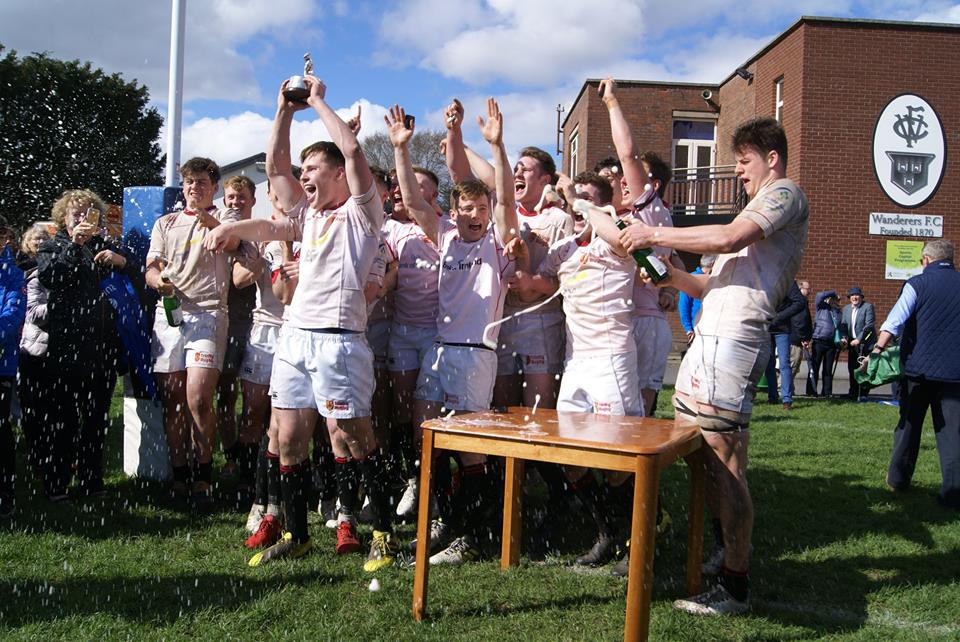 UCC senior coach Brian Walsh and Under-20 coach Neil Lucey are also beavering away at the Mardyke, planning for next Saturday’s Division 1A promotion/relegation play-off semi-final against Malone, as well as marshalling the Cork club’s bid to add to their Fraser McMullen Cup titles from 2007 and 2010.

“It’s great to see that all the hard work and commitment by the players and coaches has paid off and brought the club back to where it needs to be at Under-20 level, contesting a Fraser McMullen Cup final,” said UCC’s Lucey. “This group of young men have a unity that cannot be coached. They are very driven and committed young men.

“It would be a terrific achievement for all involved to go on and win it. It’s great to have two universities contesting the final tomorrow and I’m sure it will be a great day for Under-20 rugby.

“I have a lot of respect for Trinity’s approach to the game and for what Tony has created there over his time. They play the game the way I feel it should be played, at a high tempo and in a very physical manner.”

The Cork club’s squad for the final features a number of players who has tasted All-Ireland League action, including Adam O’Connor, Harry Jephson and place-kicker Eoin Monahan. O’Kennedy, of course, has been in sharpshooting Division 1A form for the Trinity seniors, battling James Fennelly for the number 10 jersey in recent months.

Game-breaking centre Moriarty is hoping to drive the Dubliners to their fourth Fraser McMullen Cup – last year saw them crowned All-Ireland Under-20 champions for the first time since 2005. Trinity were also victorious in 2003, five years on from Smeeth’s arrival at College Park.

Reflecting on their campaign so far, Smeeth said: “It has been a tough road back to the final, we have played 50 players over 20 games. We’re really looking forward to playing fellow University side UCC for the first time in a straight-up full 80-minute game in five years or so. Let’s hope for a good day.”

Given the proximity of the Leinster Senior Cup final and the All-Ireland League semi-final, there are expected changes to the Trinity U-20 line-up from their dramatic late semi-final triumph over Lansdowne. Dave O’Brien takes over from O’Kennedy at out-half, with Belgian underage international Bart Vermeulen, a regular in the senior squad, and Pat Nixon both added to the front row.

Prop Giuseppe Coyne, who was part of the Ireland U-20 Six Nations squad, is on the bench along with former Ireland U-18 Sevens international Elliott Ryan and Max O’Reilly, who has won Ireland U-18 Schools and U-19 caps in the last year and was part of the Leinster ‘A’ squad that played in the Cara Cup in Boston.

Summing up the excitement in both camps, UCC skipper Adam McAuliffe, who is aiming to lead from the front, said: “It’s a massive achievement to get to the final after such a long period out of it. It’s been an absolutely fantastic experience getting this far and winning the Donal Walsh Trophy on the way. I can’t wait for the final.”