The Ireland Under-20s put their first half mistakes behind them to wrap up a coveted U-20 Six Nations Grand Slam in north Wales, with head coach Noel McNamara praising everyone from the players on the pitch to the backroom staff at the end of a thoroughly rewarding Championship.

Ireland’s enviable knack of winning tight games stood to them again, their collective character and resolve shining through as they twice came behind to defeat Wales 26-17. Tries either side of half-time from Jonathan Wren and Dylan Tierney-Martin were followed by impressive replacement Colm Reilly’s 72nd-minute snipe for the line and the last-minute knockout blow supplied by rock-solid tighthead Thomas Clarkson.

Buccaneers clubman Reilly, who only came into the matchday 23 following Craig Casey’s late withdrawal, was a player that McNamara mentioned afterwards as he reflected on the Ireland U-20s’ first win at Parc Eirias in four visits to the Colwyn Bay venue. 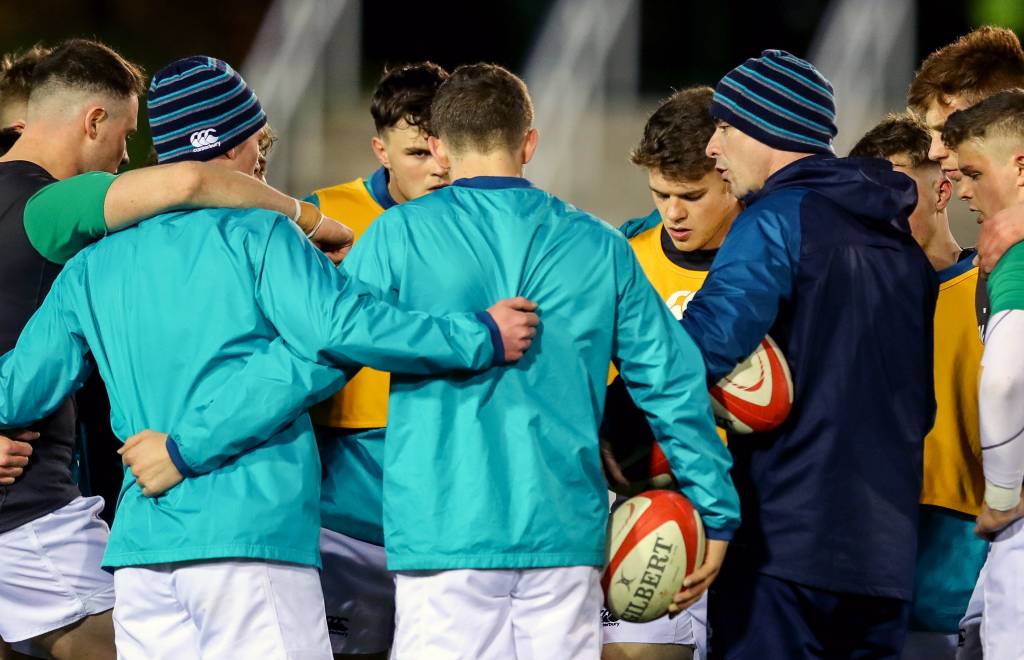 “It’s a difficult game to sum up, to be honest about it,” said the Clare man. “We just weren’t accurate in that first half, particularly around how we managed the game. We didn’t exit well, gave them ‘ins’ into the game. We defended resolutely throughout and I thought we put ourselves into a really good position just after half-time (with Tierney-Martin’s try for a 14-10 lead).

“Obviously another loose exit and Ryan Conbeer is a very good player. He has been playing (for Wales) at this level for three years and he punished us with a very good break to set up their second try. But you have to say, the resolve the guys showed at the end, I think Colm and Jake (Flannery) deserve particular praise for how they went at 9 and 10 (after we made changes).

“They really upped the tempo of the game in the final quarter. That was when we started to dictate the pace. The reality was the Welsh were dictating the tempo up until that point. They struggled to deal with it from then on.”

McNamara’s charges could easily have been rattled by a high number of unforced errors and three disallowed tries – two were held up short and Liam Turner’s forward pass in the build-up ruled out Angus Kernohan’s second half effort. However, they kept their composure and backed themselves to deliver the goods down the final stretch.

Ireland have certainly built an unshakable winning mentality over the past seven weeks, their tenacity to play right to the end evidenced by the late clinching tries scored by Cormac Foley (79 minutes) against England, Wren (80) against Scotland, captain David Hawkshaw (76) against Italy, and both Reilly (72) and Clarkson (80) last night. 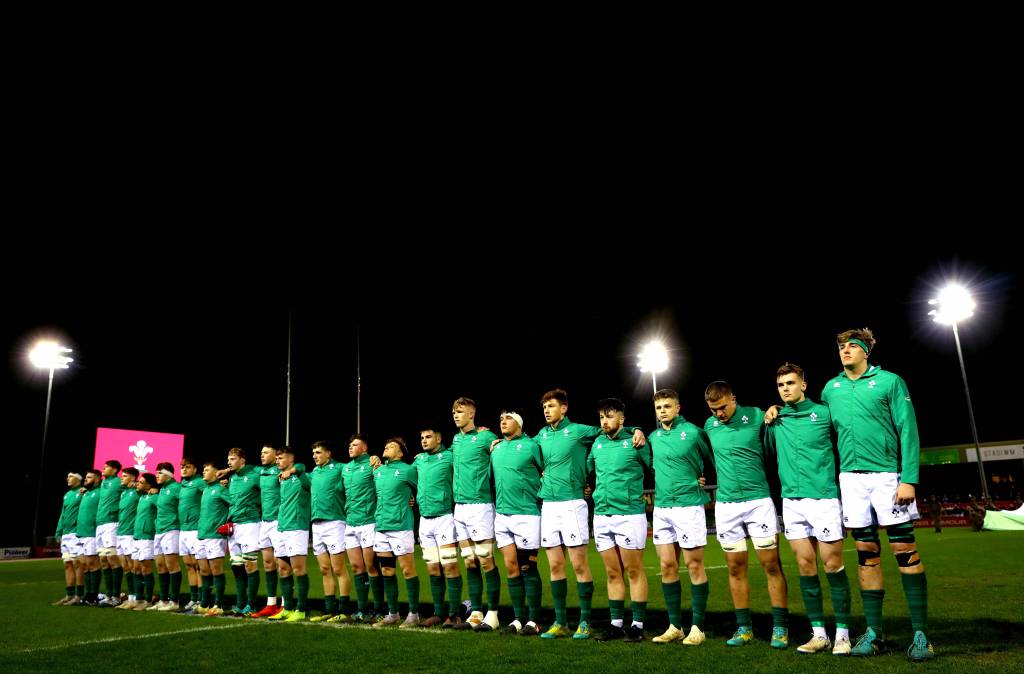 Asked about the TMO decisions that went against his side, McNamara admitted: “They were very fine margins to be honest about it, all of them. They could have gone either way, and another team, it might have got to them. The reality is with this group that their ability to refocus, their ability to stay in the blue, focus on the job in hand is absolutely first class.

“That was really evident and certainly called upon. Particularly that (disallowed) try for Angus Kernohan (when were were 14-10 up). It was a very marginal, a very late TMO call and we conceded shortly after that.”

It is difficult to look past the home victories over England and World champions France as two of the main highlights of the campaign, particularly as the Ireland U-20s were able to mark their first two Six Nations clashes at Irish Independent Park in fine style. A combined 13,772 spectators came out to watch the team debut in Cork with the French fixture drawing an 8,008 sell-out.

It was an excellent tournament for Ireland’s front rowers in particular, not just for the solidity of the scrum which was rewarded with a number of penalties against Wales. Hooker Tierney-Martin top-scored with four tries, with his front row colleagues Josh Wycherley (2), Callum Reid and Clarkson also joining him on the scoresheet.

The defence, marshalled by Ulster Academy boss Kieran Campbell, was also a vital factor in Ireland leaping to the top of the table and staying there. They conceded 12 tries in the tournament compared to 26 during last year’s Six Nations, a big improvement and a ringing endorsement of the organisation, intensity and physicality both up front and behind the scrum. 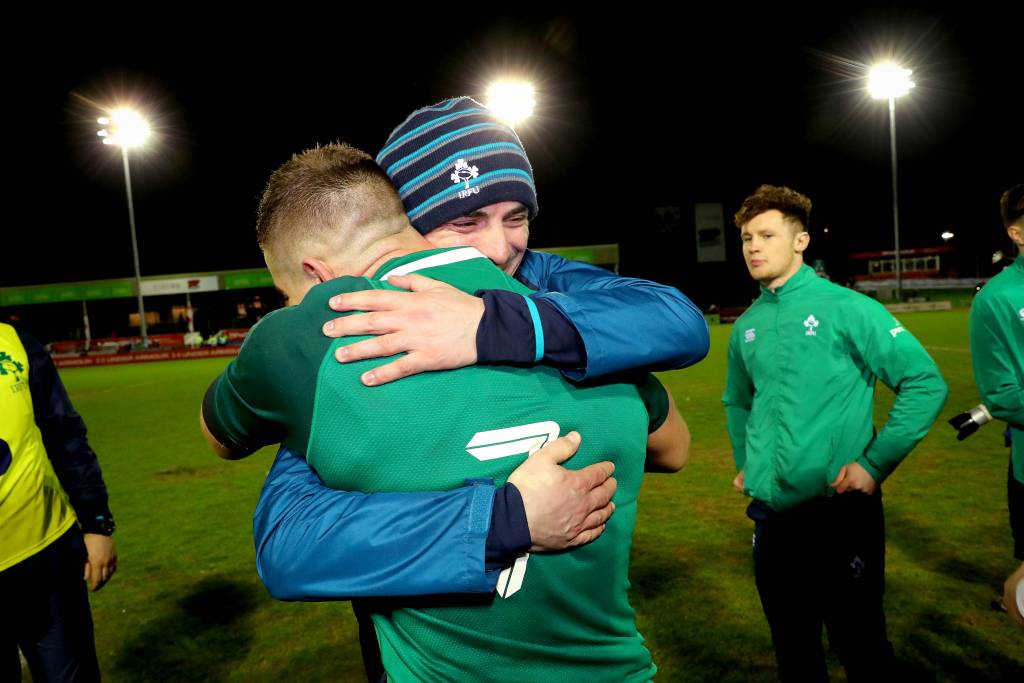 Loathe to take personal credit for the delivery of only Ireland’s second ever U-20 Grand Slam (the first came in 2007), McNamara preferred to applaud those around him, both on and off the pitch, who have embarked on an unforgettable journey from the warm-up wins over the Leinster and Munster Development sides, to the team-gelling Fota Island camp and through to a Championship clean sweep.

Drawing breath now before this tight-knit squad’s focus turns to June’s World Rugby U-20 Championship in Argentina, he said of his troops: “I think it is a testament to how they train, the resolve within the group, sticking to their process and believing. There was never a second in that game that they didn’t believe they were going to win.

“A hell of a lot of people have worked very hard, not least the players but there is a big management team attached to this team and it was a just reward for them…from the medics, our injury profile has been very good all through, how the players have been managed especially the work of the strength and conditioning lads. They deserve a lot of praise but it’s predominantly the players.”