Eimear Considine has scored four tries for Ireland this season, touching down against the USA, England and Italy (two) ©INPHO/Gary Carr

Two years on from making her international debut in a narrow Six Nations victory over Scotland, Eimear Considine has evolved into one of the most important players in the current Ireland Women’s set-up.

Now a regular starter under head coach Adam Griggs, the Clare woman was a half-time replacement that night back in February 2017 when Ireland edged past Scotland in a tight finish in Cumbernauld. Due to her limited 15s experience, Considine initially struggled with the demands of the international game.

It was not until the training camps for the 2017 Women’s Rugby World Cup – she made the 29-strong squad for the home-based tournament – that the former dual GAA star truly came to the terms with the rigours of Test rugby.

“I was getting my first start against France (in 2017) and looking back on it now, not that I cringe at it, but Jesus I really didn’t know the game. I suppose it was that summer of World Cup training that I actually got to learn the game. I came into camp in January that year having never played 15s before. I had to learn as I was doing it and I feel now that I have a lot more confidence. I’m really enjoying it.

“I was so scared of making mistakes in that first year that I was being careful with everything. I was doing everything good enough to stay where I was, but now I am not afraid to make mistakes and try things. If it works out, it works out and if it doesn’t, it’s a lesson learned.” 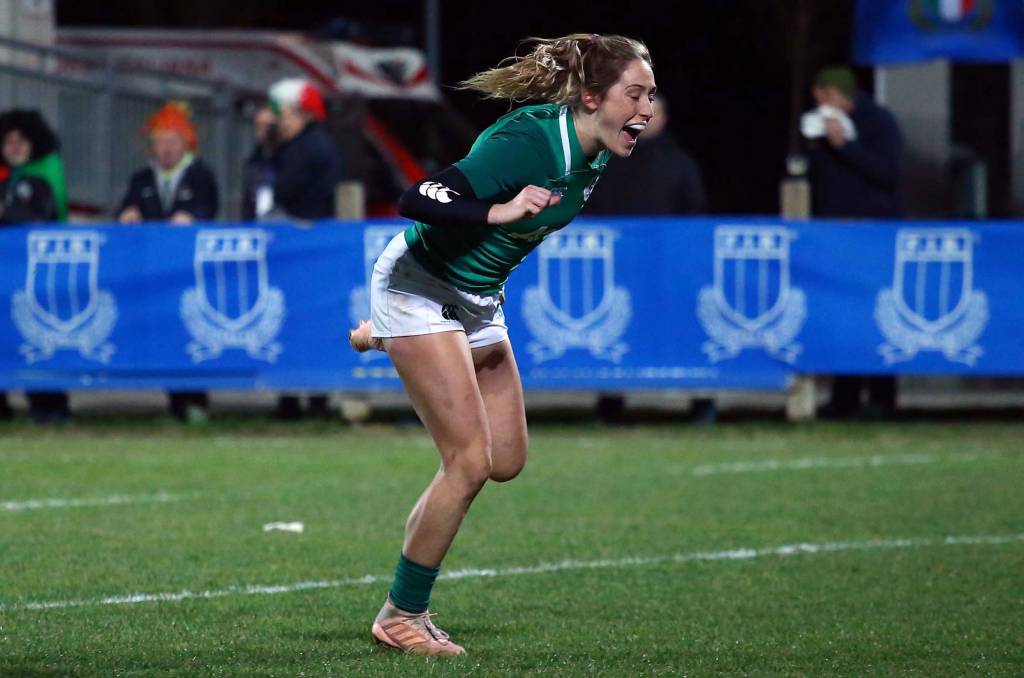 Following the completion of the 2017 World Cup, Considine spent almost a year travelling across the globe. Primarily based in Australia with her sister Ailish, who currently lines out for AFLW side Adelaide Crows, the Kilmihil native also spent last summer in New York.

This also meant taking a career break from her job as a PE and Irish teacher at St. Mary’s Holy Faith Convent School in Glasnevin, but she always had her sights set on a swift return to a professional and sporting life in Ireland, explaining: “I was very up front from the start in that I wanted to try get back onto the Irish squad.

“I was playing a bit of football in New York with Ailish, she was over there with me and we ended up winning the New York Championship. It was tough work. The two of us were in midfield in the summer heat over there, so I came back pretty fit. The day I landed, the next day I went down to UL to Munster for a fitness test.

“It has been non-stop since. I had only done one season, but I had done so many other years with sport that I think it was needed. Between Clare football and going straight to playing Sevens for Ireland and then going to 15s, it was a jam-packed summer.

Since returning to the fold, Considine has clocked up five successive starts in Ireland’s back-three and scored an impressive four tries. In addition to crossing the whitewash against the USA and England in November, she bagged a brace of tries in the 29-27 loss to Italy last time out in the Six Nations.

It was a groundbreaking result for the Italians and the 27-year-old Considine admits she had mixed emotions on the night. “It’s kinda bittersweet,” she said. “You’re so happy that you scored the tries, but then at the end of the day we didn’t get the performance or the result that we wanted. It was great to get those tries and the one with the cross-field kick from Nicole (Fowley) was straight off the training pitch. We had practiced it a hundred times. It was great to see that put into action.

“Italy put in a great performance and were deserved winners on the night. It was a tight one, though, and it’s just a pity we were on the other side of it, really. It really did mean so much to them and it brought back the struggle they had to get where they are. Their captain was crying after the game when we were shaking hands.”

Having lost heavily to England, the 2019 Championship’s dominant force, in their first round fixture at Energia Park, the Ireland Women knuckled down to earn a bonus point triumph over Scotland seven days later. Considine is hopeful they can deliver a similar response for their final home match of the tournament against France on Saturday (kick-off 7pm).

“Not that we sat back on our laurels a little bit against Italy, but I think we got the kick that we needed against England. We played really well for periods of that game, but just went to sleep. They capitalised on those mistakes. It’s very evident what happened. We regrouped and were pretty harsh on ourselves and each other about what we needed to do.

“We knew we had a job to do against Scotland and did that. I feel like it’ll be similar (on Saturday). We’ll be hurt after the last game. Everyone was hurt. It was a really disappointing dressing room to be in afterwards. I think that will help us at the weekend and coming into the Welsh game. These are our two crucial games and we know that,” she added.

Saturday’s Ireland v France encounter could set a new Irish attendance record for a standalone Women’s Six Nations match, surpassing the 4,637-strong crowd that watched last month’s opener against England in Donnybrook. Over 3,500 tickets have already been sold for Saturday night’s game – click here to buy yours now on Ticketmaster.ie.