Following in the footsteps of an older sibling can be daunting, but for Leinster Academy and Ireland Under-20 out-half Harry Byrne, it is proving to be a smooth transition so far.

Embarking on his second Six Nations campaign with the Ireland Under-20s, the younger brother of Leinster’s Ross Byrne has been selected alongside Craig Casey at half-back for Friday’s opener against England U-20s at Irish Independent Park (kick-off 7.15pm).

Harry is just two years out of school – St. Michael’s College on Dublin’s southside was his alma mater – and has been reaping the benefits of his progression up the provincial ladder this season.

“Moving from sub-Academy to Academy at Leinster means you’re in and around those loads – Ross and Johnny (Sexton),” he explained. “Being around them is a massive help. Stuart (Lancaster) and Felipe (Contepomi) have been good in training. Felipe, in particular, has been really good for me. Telling me to get square at the line and be more of an attacking threat.

“It has definitely been a massive help. Also helps that you’re playing with better players than yourself. So the standard is higher in there and you’re expected to raise your game. If you don’t, you won’t be there long.”

Just like Ross, the 19-year-old UCD student is an out-half by trade. If all goes well, this will put him in direct competition with his own flesh and blood at Leinster in the coming seasons, as well as the highly-rated Ciaran Frawley. Sexton, the current World Rugby Player of the Year, could also have a number of years left in him just yet. 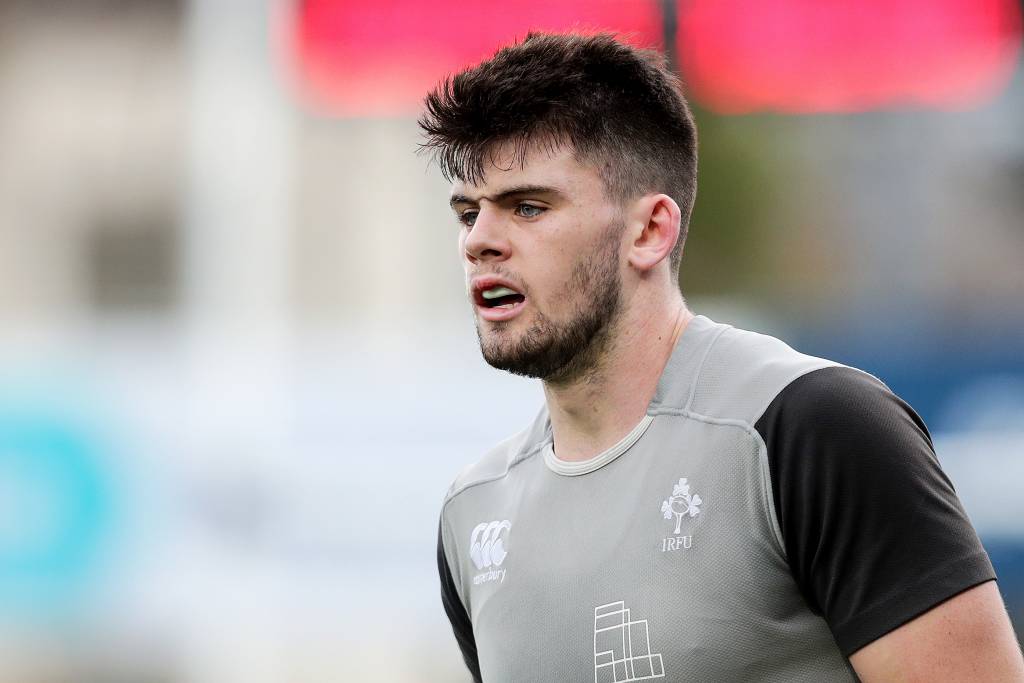 Asked if this has changed the dynamic of the relationship between the two Byrnes, Harry quipped: “Not yet anyway! No. It has actually been brilliant. It’s funny being in the same building, we’d share a joke or catch a look and laugh at each other the odd time.

Having played a significant role for Leinster ‘A’ in their inaugural Celtic Cup title success, Byrne went on to enjoy an All-Ireland League debut to remember with Lansdowne in late October. He scored two tries and kicked 10 points in their 35-27 win over previously undefeated Cork Constitution, and views games like that as an ideal stepping stone for any aspiring professional.

“Lucky enough to get the two tries, scrambled over the line for both of them. I’ve played three games (for Lansdowne) since then. The physicality of the AIL is really special, when you’re playing against those big teams. Cork Con just keep coming at you, there’s no hiding. It’s been a big step up, but I’ve really enjoyed it.”

A number of future stars have passed through the Lansdowne dressing rooms on the road to provincial and international honours, with current Ireland squad members James Ryan, John Cooney, Jordi Murphy, Tadhg Beirne, Devin Toner and Tom Farrell among those who spring to mind.

Byrne, like many before him, is learning the ropes at club level under Lansdowne’s legendary head coach Mike Ruddock, who also previously coached the Ireland Under-20s between 2010 and 2014. He has been overseeing the development of the nation’s latest place-kicking prodigy, while also ensuring that former Munster back Scott Deasy is pushing him every step of the way. 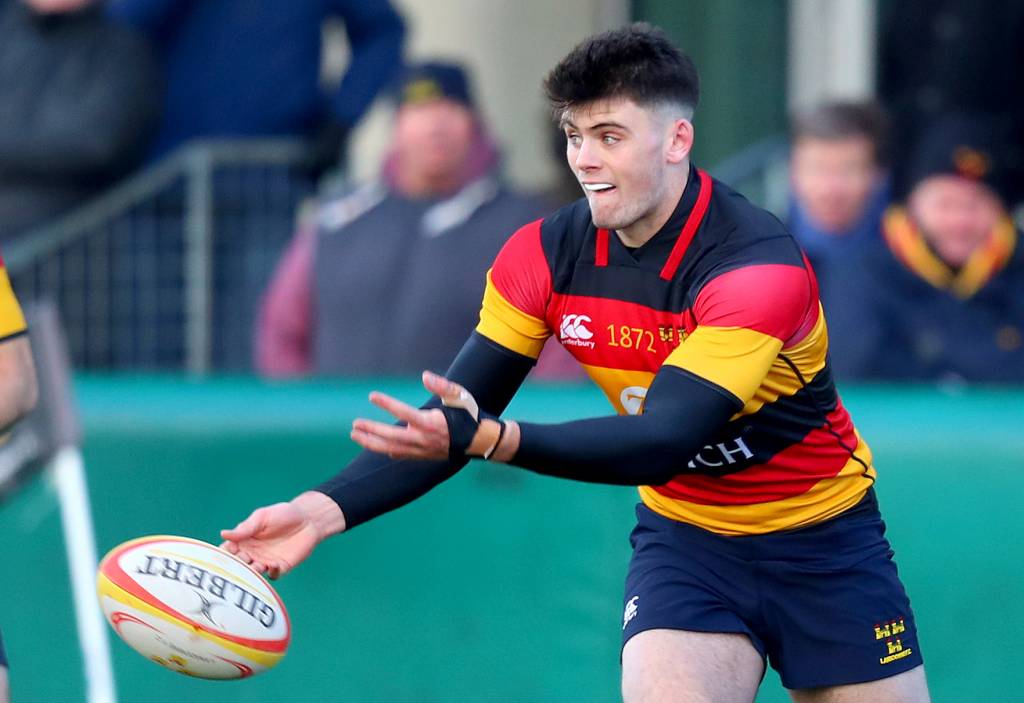 “It’s brilliant to have both of them,” agreed the young Dubliner. “Because I find them very practical in their approach. Mike is all about striking a balance between getting over the gain-line, but also then doing your own thing. I’ve found Mike a massive help. He has kinda decluttered a few things in my head a bit and, similar to Felipe, just made the game simpler. That’s been a massive help to me.

“A lot of his focus would be on the speed of the ball from the breakdown. If it’s slow ball and there’s not much happening, there’s not much point trying to create on slow ball. So if an opportunity comes, take it. But don’t be afraid to get down the other side of the pitch. When the ball is quick, he doesn’t care where you are on the pitch, he’s happy for you to play.

“He’s been brilliant with me, let me do my thing a little bit. Scott as well, he’s been great. He’s a great lad and he’s been a massive help any time I’ve asked him questions.”

On the face of it, the decision to move the Ireland U-20s’ home games down to Cork could take Byrne out of his comfort zone. However, with both Lansdowne’s regular home pitch and Energia Park in Donnybrook boasting all-weather surfaces, he is relishing the opportunity to get the Irish back-line moving on Irish Independent Park’s 3G pitch.

“It makes a massive difference. Trained on Donnybrook the whole year last year and played there at schools level, so we’re quite used to it (the all-weather pitch). It really suits our game because we love to play unstructured attack, a quick flowing game. I’m looking forward to it,” he added.