Leinster Rugby have announced details of their ‘School Of Excellence for Girls’ which takes place in July at the King’s Hospital in Dublin.

The province’s School of Excellence for boys has been a huge success over the years, but this marks a new departure with a first ever school targeted at girls between the ages of 13-18.

Leinster and Ireland lock Sophie Spence was on hand to launch the school and the 2013 Grand Slam winner was delighted to offer the initiative her support.

“Women’s rugby in Leinster and in Ireland has rarely, if ever, been in a better place,” said Spence.

“On a social basis you see the numbers taking part in Tag rugby all year around but also on a more competitive level, coming on the back of our historic Grand Slam win and of course the interest around the Sevens version of the game, the profile has never been greater and new clubs are popping up all over the province.

“The Leinster School of Excellence provides an ideal platform for these young players to test themselves in a high quality environment, while at the same time having fun and learning about the different aspects of the game. So this School of Excellence is open to everyone, either with experience or with little or none.”

The Leinster School of Excellence for Girls will run from 10am to 4pm daily at the King’s Hospital from July 21-25 and it is not necessary to have previous playing experience.

Players can expect to develop their evasion, passing and contact skills as well as improve their game understanding through attack overloaded games.

As well as being part of the Grand Slam winning team in 2013, Sophie competed in all of Ireland’s Six Nations games this year too as well as securing the Interprovincial title with Leinster.

Lunch will be provided and each participant will receive a ‘Leinster School of Excellence’ pack, which will include an official Canterbury of New Zealand T-shirt and shorts. 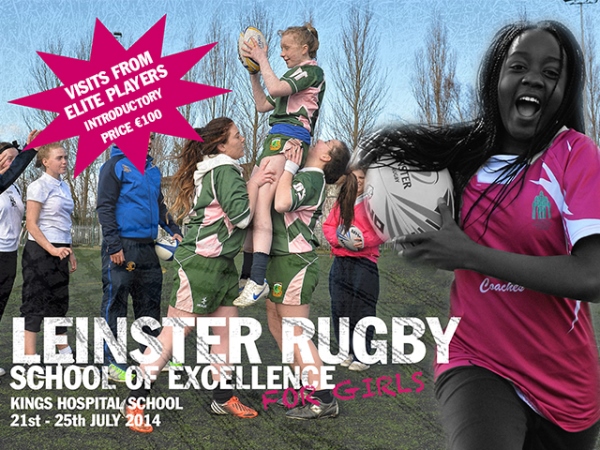