The Red Robins are continuing to soar in Ulster Bank League Division 1B, emerging with a well-merited 29-21 bonus point victory over Old Wesley on UL’s North Campus on Saturday.

UL Bohemians have stolen a march on their promotion rivals with three bonus point wins on the trot, the creativity and finishing skills in their back-line summed by the try-scoring exploits of Jamie McNamara (four tries so far) and Rick McKenna (three).

McNamara and McKenna both touched down in the final two minutes of the first half to give Christy Neilan's charges a 19-7 buffer. Wesley centre Ger Finucane had opened the scoring, profiting from Barry McLaughlin's brilliant break from his own 22 and a final pass from out-half Tim Clifford.

Bohs full-back Joe Murray quickly responded, scoring by the posts from a fine sidestepping run, and poor discipline from Wesley saw them lose back rowers Darren Horan, who was guilty of a slap down near his try-line, and Mark Rowley to the sin-bin. 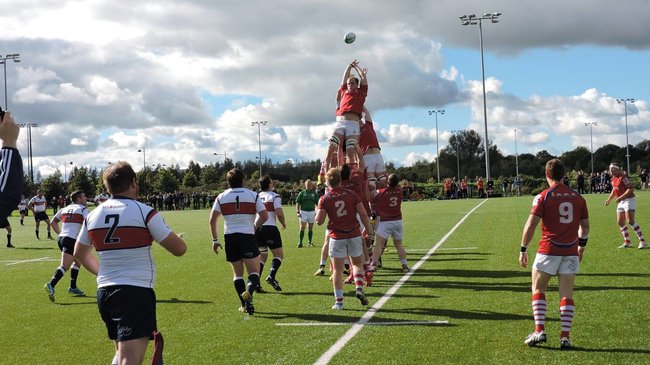 Despite some dogged defending from the Dubliners, winger McNamara eventually made the pressure count for UL with a try in the corner. A tap penalty then caught Wesley napping and out-half McKenna's clever run took him over for try number three.

The excitement levels dropped in the third quarter at the end of which two penalties from McLaughlin had closed the gap for wind-backed Wesley to 19-13. However, despite their strong scrum, the visitors continued to fall foul of referee Eddie Hogan O'Connell's whistle and give away some costly penalties and field position.

Bohs had the bonus point in the bag in the 67th minute, former Munster scrum half Cathal Sheridan reacting quickest with another tap and feed for his half-back partner McKenna to go over.

UL were not certain of the win, though, until a 79th minute penalty from replacement Robbie Bourke. Wesley fought back with eight more points from busy winger McLaughlin, including a 68th minute try, before Bourke's boot – on the back of a yellow card for Clifford – took what would have been a deserved losing bonus point away from the visitors.