Connacht Rugby have announced that five players have signed contract extensions, with Caolin Blade, Tom Farrell, Oran McNulty, Conor Oliver and Dylan Tierney-Martin all committing their futures to the province.

The announcement is further good news for Connacht, on the back of contract extensions for five other players before Christmas.

Monivea native Blade has made 139 appearances for his home provinces since his debut back in 2014.

Having previously been called up to a number of Ireland squads, the scrum half made his international bow against the USA last summer. He has signed a one-year extension.

Farrell joined Connacht in January 2017 and has become a fan favourite with his exciting style of rugby from outside centre. He has penned a two-year deal and has played 67 times for the westerners so far, scoring 16 tries.

Oliver has made a big impact at Connacht since his arrival in the summer of 2020. He has made 30 appearances so far, including starts in eight of their 10 games so far this season.

He has earned plenty of plaudits for his recent performances at openside flanker, and has also penned a two-year extension. 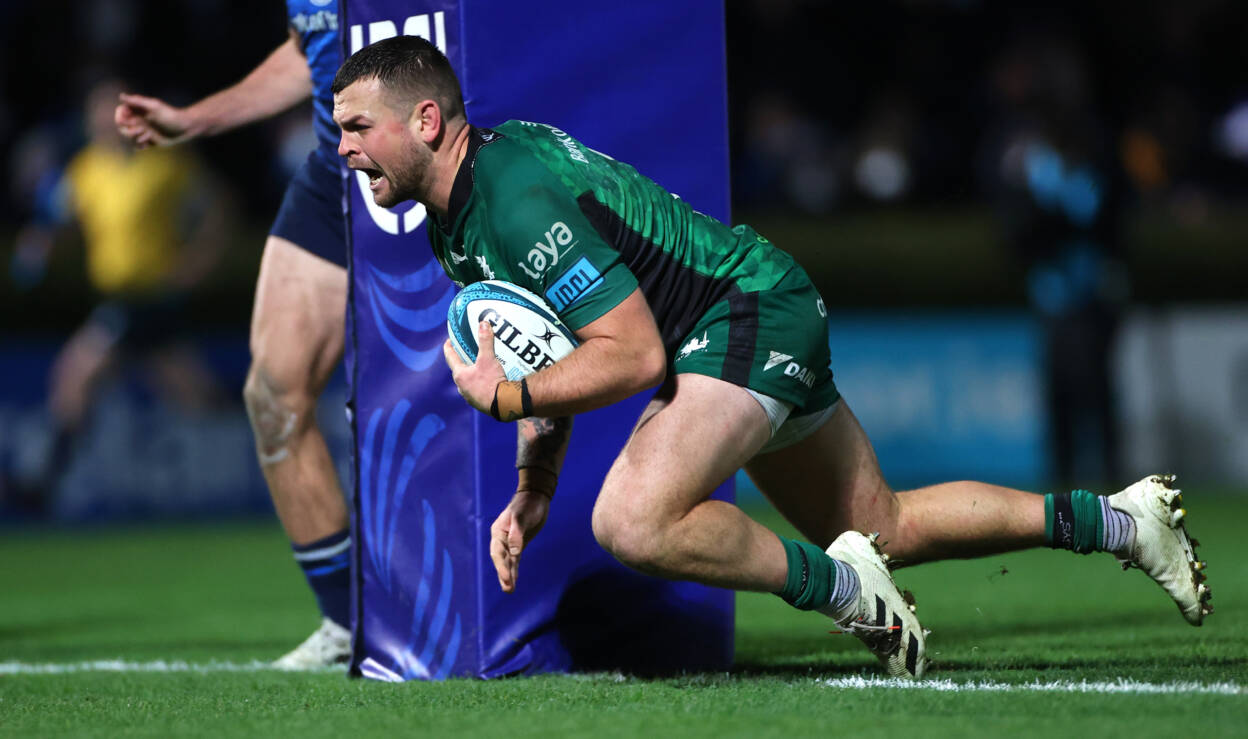 Full-back McNulty has signed a two-year extension too, having joined the Connacht Academy in 2018 after coming through the Irish Exiles programme.

An Ireland Under-20 international, he has played five times for the province and scored his first senior try against the Ospreys in November.

Tierney-Martin is another product of the Connacht pathway system, having played his schools and club rugby with the Bish and Galway Corinthians RFC respectively.

The 22-year-old hooker has signed a one-year extension and made his senior debut away to Scarlets at the tail-end of last season’s Guinness PRO14 campaign.

Connacht head coach Andy Friend says today is another positive step for the province, stating: “I’m really pleased that the five men have all agreed to continue their time here at Connacht.

“They’re each at different stages of their careers – Caolin is a Connacht native who has come through the system to become a centurion which is a testament to the type of player he is.

“Tom and Conor are heading into the prime of their careers and will keep getting better, and Oran and Dylan are still starting out on their journeys and will continue to develop and grow.

“We’re building something really positive at Connacht Rugby and today’s news reaffirms that for us. Our contracting is progressing very well and we’ll be making further announcements in the coming weeks.”