Chris Farrell, pictured at the URC launch, was part of the enlarged Ireland squad for a one-day training camp at the IRFU High Performance Centre ©INPHO/Dan Sheridan

As he heads into his fifth season with the province, Munster centre Chris Farrell is more excited than ever about the challenges that lie ahead.

Since joining Munster from Top 14 outfit Grenoble in the summer of 2017, the Tyrone native has established himself as a midfield regular while also accumulating 15 caps with Ireland.

His first campaign with Munster (2017/18) was also the maiden season of the old Guinness PRO14, with the Toyota Cheetahs and the Southern Kings adding to the 12 teams that had competed the previous year.

Alongside the 12 established teams from across Ireland, Scotland, Wales and Italy, four South African franchises – the Bulls, Lions, Sharks and Stormers – have joined the fray for the inaugural United Rugby Championship.

Munster begin the new season with home games against the Sharks and the Stormers, which has helped to whet Farrell’s appetite for a return to competitive action.

“The addition of the four South African teams is something we’ve never seen before, this quality of team. That’s really exciting,” said the 28-year-old, who has been undergoing rehabilitation for an abdominal injury.

“I’m sure it’s exciting for the fans as well. The fact it’s now available to more people as well, with regards to the broadcasting. It’s brilliant.

“Also the fact that it’s a shorter season, there’s less games involved. It means every game is really, really important. For us, it highlights the importance of getting off to a good start. We’ve a couple of South African teams straight off the bat.

“A couple of home games as well, which is brilliant. Because hopefully we’ll have some fans back in Thomond Park as well. We’re really eyeing up a good start to the season because that’s going to be so important.” 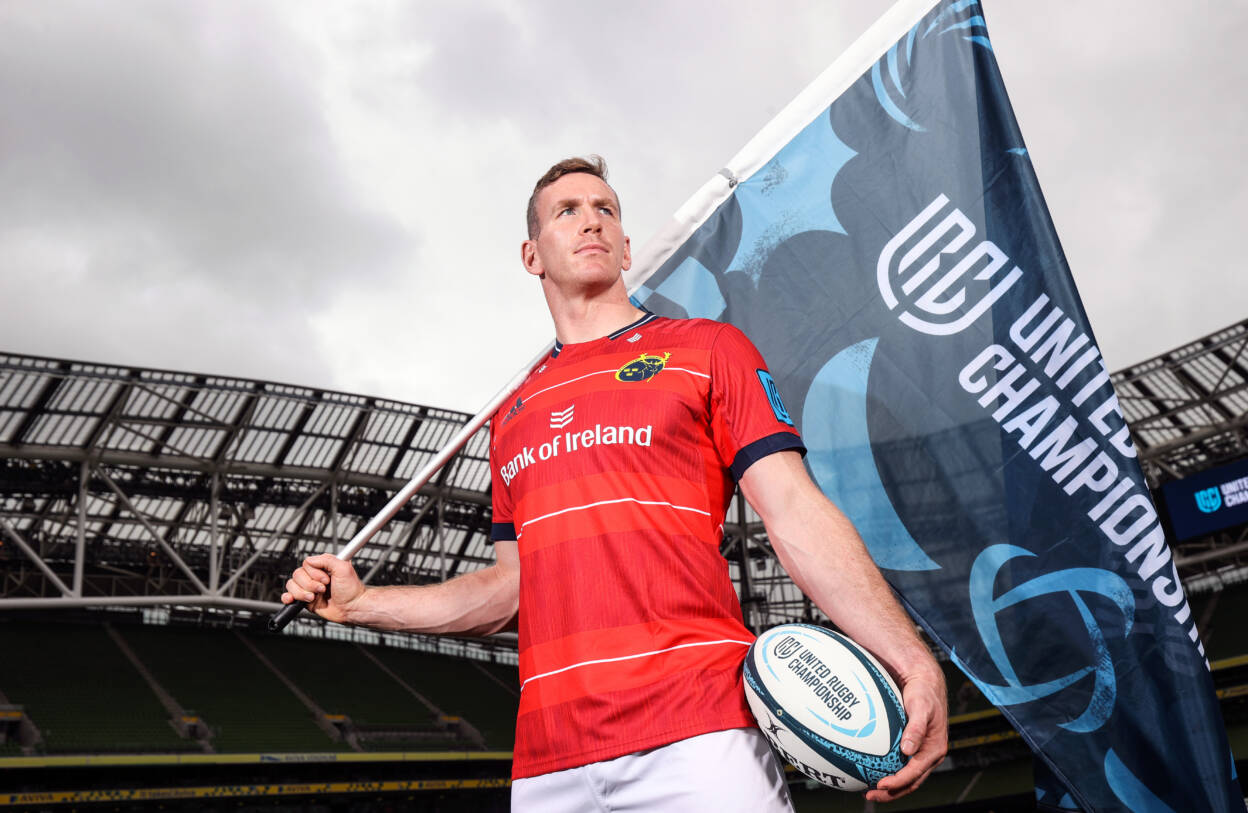 It is now more than 10 years since Munster last secured a major piece of silverware – the 2010/11 PRO12 title to be precise. Despite this significant barren spell, Farrell insists the mood within the camp is high in advance of the new season.

The belief really is there. From a personal point of view, but also I think that sentiment is shared from within the group down in Munster. There’s an unbelievable buzz around the place.

“We have such a good squad, we’ve got great coaches. I feel like last season we were really competitive right at the end.

“Again, we got to a final and lost to Leinster and lost to Toulouse, who ended up winning the Champions Cup. I think we were just a step away from clicking and competing again. Really competing.

“The mood down there is fantastic with the quality of players that we have coming back from Lions squads, South African squads. We’ve a lot of young players who are hungry and competitive. It’s a great blend, I think.”

Although there are a number of new additions to the squad, the return of Simon Zebo for a second stint at the province is one that has caught the eye of Munster’s loyal band of supporters.

Farrell played a single season with the Corkman before his subsequent switch to Racing 92 in Paris in mid-2018.

In the three seasons that Zebo was away from Munster, significant changes were made to the playing personnel. Although there was a slight shock to the system upon his initial return to their Limerick training base, he soon settled back into the environment.

“There was a huge, young group in training with him and he probably got shocked in that he needed to get to know people again. He didn’t know that many until the Irish guys came back again.

“That would have been a shock to him, but he has settled in so, so quickly. As you’d expect. He’s just a great character to have around.

“He’ll get to know anyone very quickly. He’s outgoing, he can relate to a lot of the young fellas, despite the age gap. He’s brilliant to have around and he’s coming back from a couple of years of different rugby, where he’s learnt a lot.

“He was very competitive there, he had a great try-scoring record. He’s in form and, personally, I’m really excited to take the field with him.” 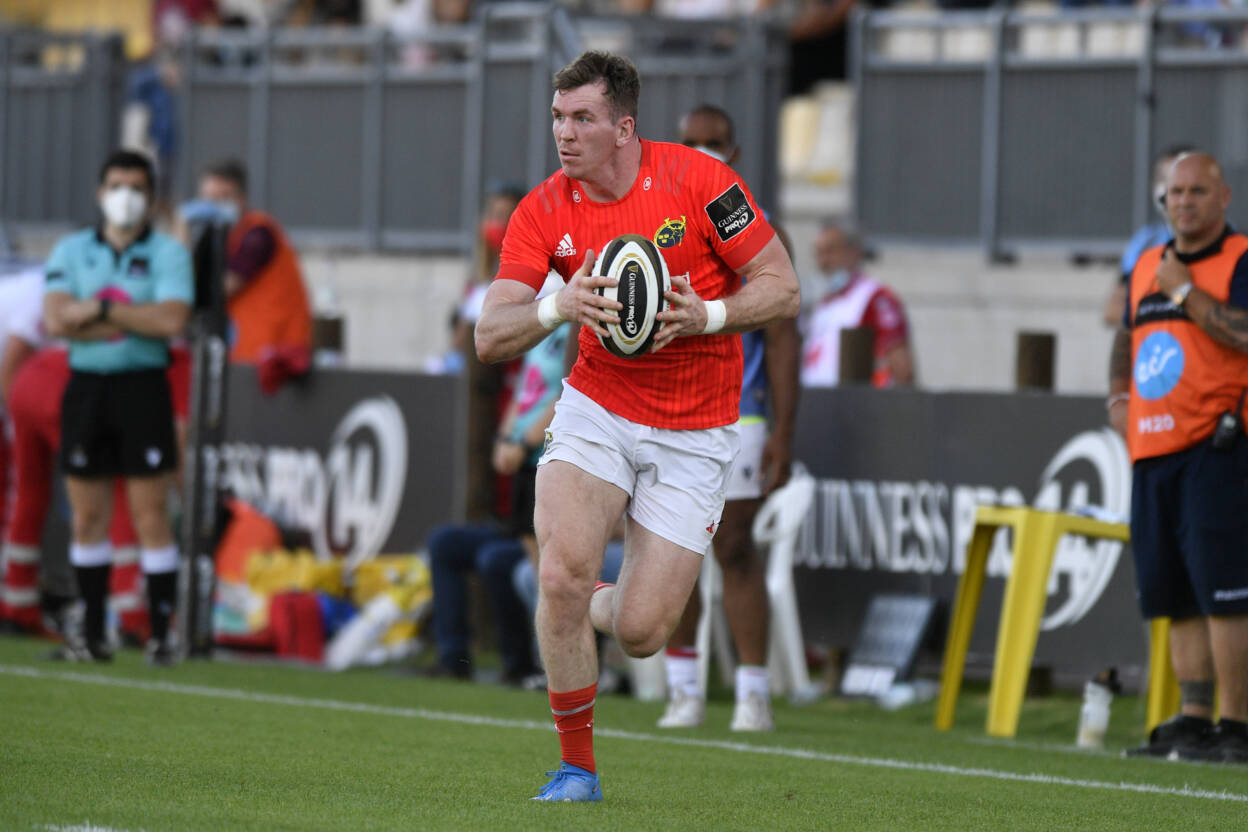 Even though he arrived at Munster just as Zebo was making his exit, Joey Carbery felt like a new signing when he returned from a long-standing ankle injury in the second half of last season.

Having spent over a year on the sidelines, the Ireland out-half made nine provincial appearances from late February onwards, contributing a grand total of 65 points from the tee.

He also started both of Ireland’s games in the Vodafone Summer Series, registering 14 points in the win over Japan and 13 points in the victory over the USA a week later.

Farrell got amongst the tries in the clash with the Brave Blossoms and is thrilled that Carbery is beginning to leave his injury woes behind him. He added:

Joey had such a tough time of it over the years and for him to have gotten a few games under his belt in the second half of last season was really, really important.

“It was never going to be easy for him to get back at 100%. He was always picking up niggles. To have (him) now getting a full pre-season under his belt would be great because we need players like him and we need top, top quality 10s like him to direct you around the pitch at this level.

“Thankfully now, if we can keep him fit and get all of us back on the pitch, we’ve got a top quality squad. It’s exciting to play outside of him.”