Ireland Under-20 pair Daniel Okeke and Mark Donnelly, along with Shannon scrum half Ethan Coughlan, have joined year one of the Greencore Munster Rugby Academy ahead of the 2021/22 season.

In April it was also confirmed that Academy hooker Eoghan Clarke made the move to English Championship club Jersey Reds.

After completing his third year, Jonathan Wren extends his time in the Academy after a hamstring injury hampered his development last season, while Paddy Patterson links up with the Academy group after extending his stay with the province.

The former Leinster Academy scrum half made the move on a short-term deal in January but his involvement was curtailed due to an ankle injury sustained in March. 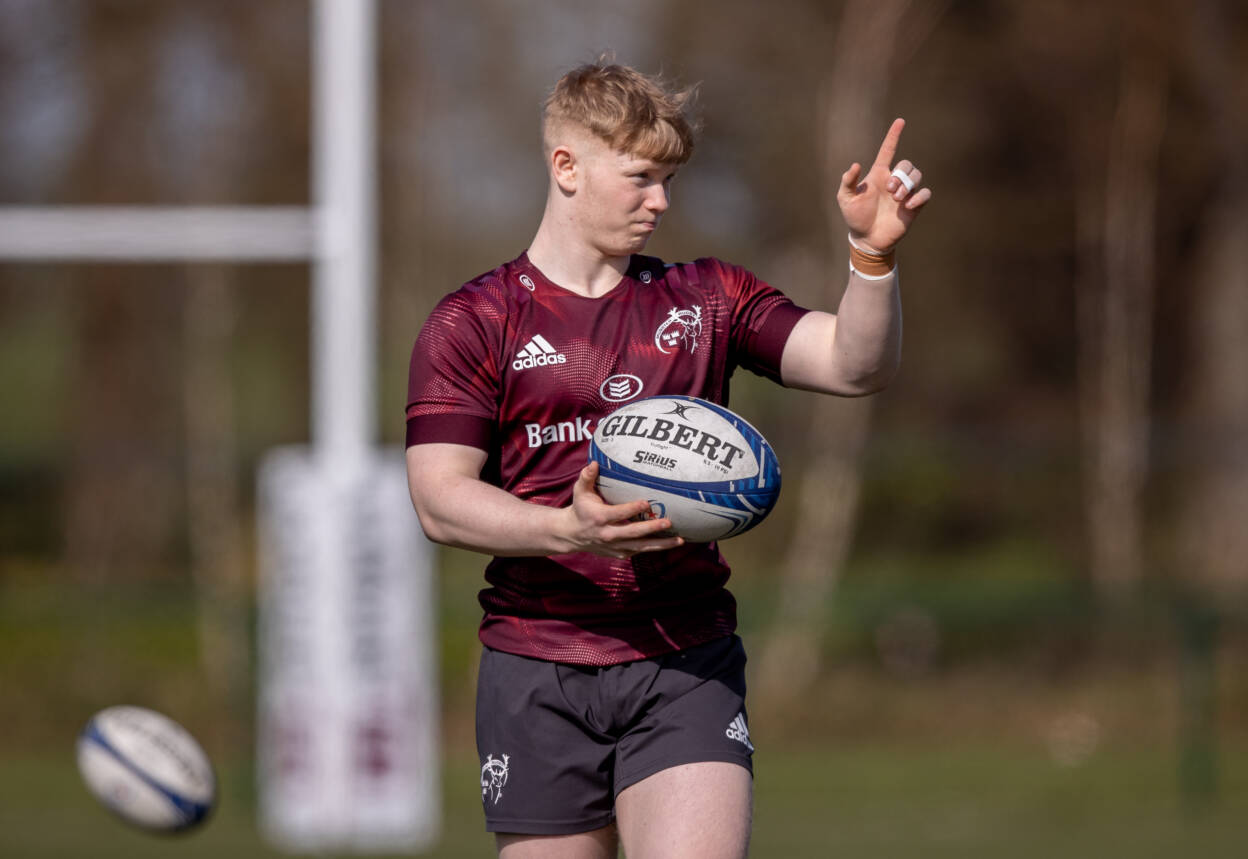 From Clare, Coughlan (pictured above) won the Under-16 Munster title in 2018 and shared the Under-18 Cup title honours in 2020 with his club side Ennis, as his progression from club and regional development squads saw him feature for Munster and Ireland at U-18 Clubs level.

He captained the Ireland U-18 Clubs in Italy in 2019 under head coach Fiach O’Loughlin before signing up with All-Ireland League outfit Shannon.

For the 2020/21 season he joined several Munster senior training sessions, providing cover at number 9, and also featured for Munster ‘A’.

A member of the IRFU’s National Talent Squad, the 19-year-old was included in the Ireland Under-20 Talent Camp in May.

Donnelly (pictured below) won a Munster Schools Senior Cup with CBC Cork in 2019 and has represented Ireland at Under-18 and Under-20 levels.

At the beginning of the 2020/21 season, the Garryowen tighthead lined out for Munster in the IRFU’s inaugural Academy 7s campaign and represented Munster ‘A’ in interprovincial clashes with Ulster ‘A’ and Leinster ‘A’.

Most recently the 20-year-old featured for Ireland in the Under-20 Six Nations in Cardiff, earning game-time against Scotland, Wales and England. 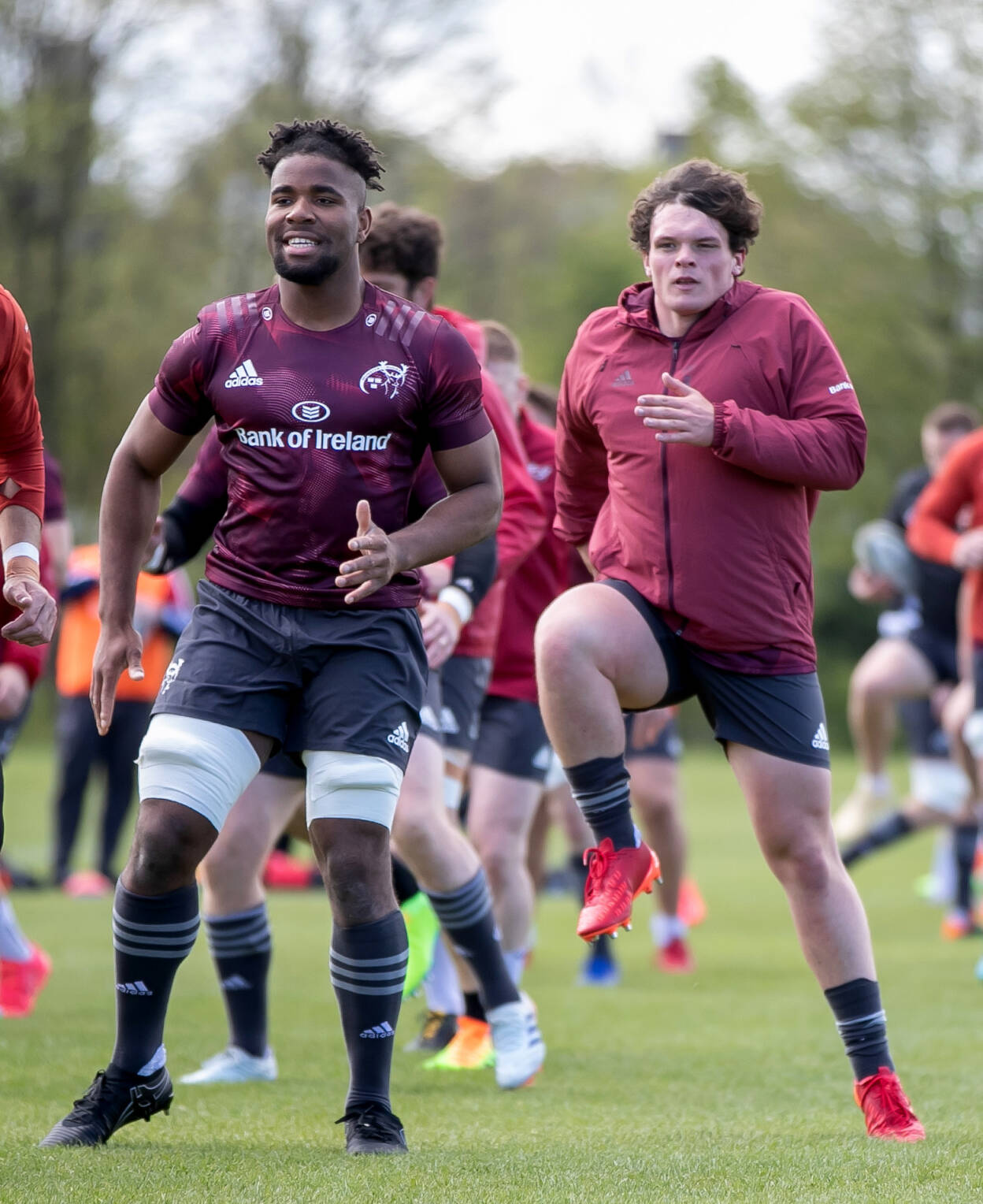 Limerick’s Okeke (pictured above) started out at Thomond RFC before playing his schools rugby with Ardscoil Rís, producing some standout moments in the 2019 Munster Schools Senior Cup campaign.

Advancing through the IRFU National Talent Squad programme, the powerful Shannon clubman lined out for Munster ‘A’ in December 2020.

He was included in Richie Murphy’s Ireland squad for the U-20 Nations Championship. The 19-year-old scored a try against Wales and made his first start against Italy.