The Guinness PRO14 Dream Team, presented by Macron, for the 2020/21 season has been selected by the media to recognise the most consistent performers in the Championship.

A pool of 75-plus media from across Ireland, the UK, Italy and South Africa, including reporters, broadcasters, former players and coaches, were invited to vote in order to assemble the final XV.

Out of the 12 teams that competed in this campaign, six are represented and four of those sides had multiple selections.

With the Irish teams finishing in the top two positions in both Guinness PRO14 Conferences, that feat is recognised by 13 selections coming from the provinces. Cardiff Blues and Glasgow Warriors are the other representatives.

Ulster lead the way with four selections, Connacht, Leinster and Munster see three players each included with Cardiff and Warriors earning one each. Media were free to vote for any player they wished as long as they had made eight appearances in the 2020/21 campaign.

Many of the players selected feature prominently in the Opta stats. The top try scorers, Alex Wootton, Scott Penny and Marcell Coetzee (9 each), are all named. Leading points scorer John Cooney (115), who also topped the assists list (13), was voted in at scrum half.

In midfield, Huw Jones was third for offloads (14) and second for defenders beaten (36) while, in the back row, Josh Turnbull led the competition for most tackles made (215). Coetzee, at number 8, also led in the offload ranks with 20.

Meanwhile, Ospreys out-half Stephen Myler’s 86.05% accuracy from the kicking tee has earned him the Gilbert Golden Boot for the 2020/21 Guinness PRO14.

Players who attempted 25 kicks or more were ranked based on their success percentage and Myler’s closest rival was Leinster’s Harry Byrne (85.71%).

Myler attempted 43 kicks at goal and scored from 37. He scored 17 of 22 conversions and 20 of 21 penalty attempts. Leinster’s Ross Byrne actually hit 100% of his kicks (21) but did not take enough attempts to qualify for the award (minimum of 25 required). 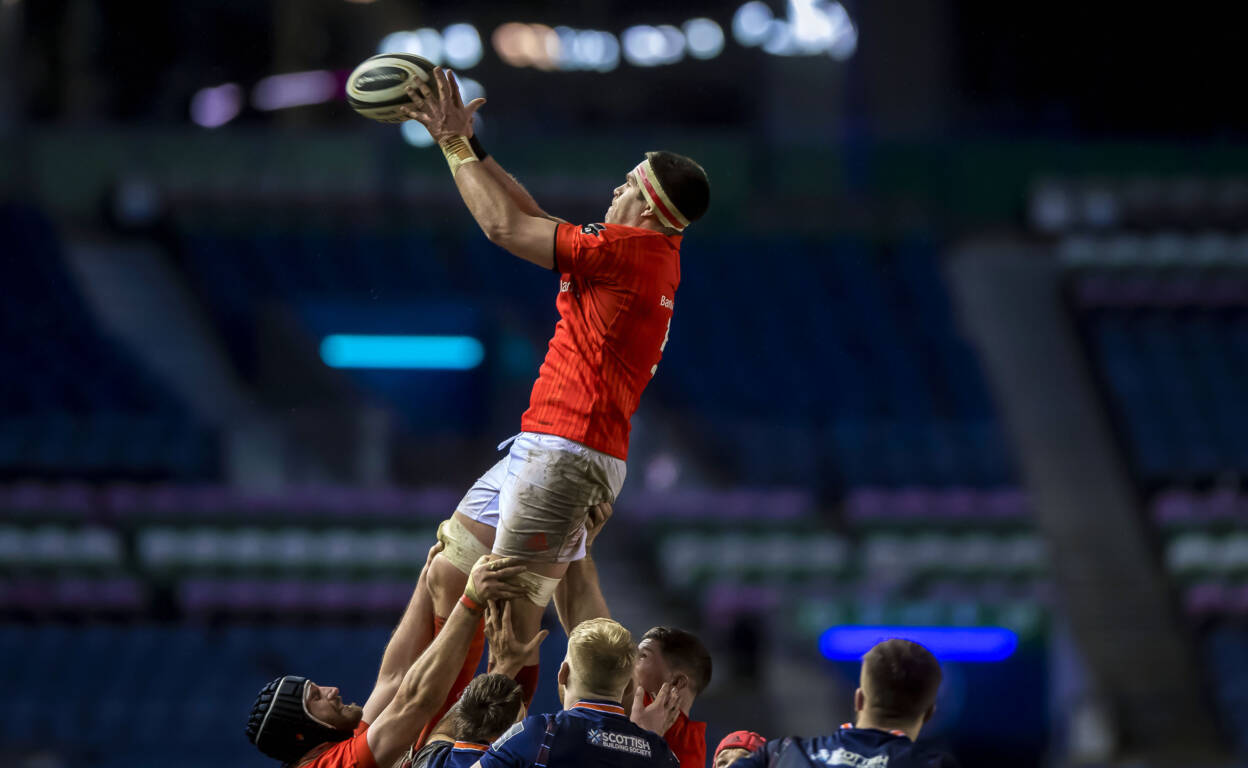