The current Guinness PRO14 campaign will end in March allowing South Africa’s four ‘Super’ teams and our existing clubs to finish the season with a 16-team “Rainbow Cup” competition ahead of the British & Irish Lions tour.

After consulting with key PRO14 stakeholders, the Guinness PRO14 Rainbow Cup was chosen as the best pathway to finish up the current campaign and introduce South Africa’s four ‘Super’ teams: the Vodacom Bulls; Emirates Lions; Cell C Sharks and DHL Stormers. This decision also allows our European-based sides to earn qualification for European Professional Club Rugby (EPCR) tournaments in 2021/22 in a fair and equitable manner.

Ahead of the 2021 British & Irish Lions tour to South Africa, the Guinness PRO14 Rainbow Cup will provide a ground-breaking spectacle for fans who will see international star players from north and south establish new rivalries in their bid for the ultimate Test selection.

Right through until the last kick of the ball in the Rainbow Cup in June, fans will be able to watch it all unfold with our broadcast partners Premier Sports, eir Sport, S4C, TG4, DAZN and Super Sport.

HOW IT WILL WORK 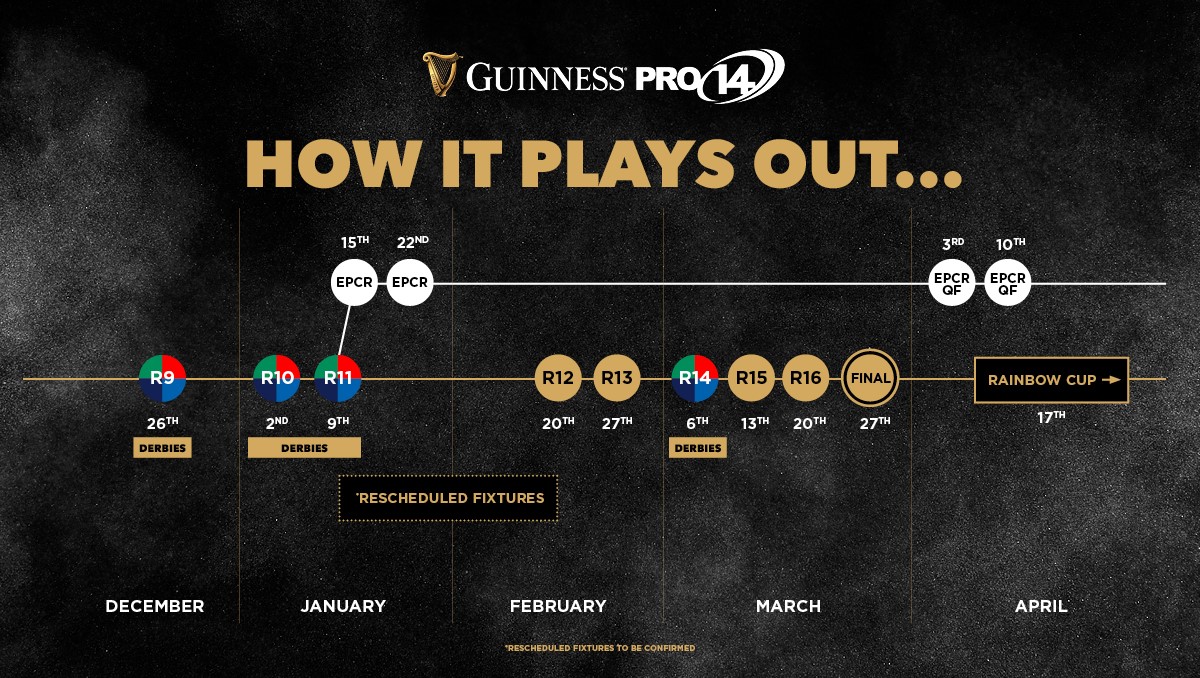 Rounds 12 to 16 will take place from February 20 and conclude on March 20. A final will then take place at the home venue of the highest-ranked team. This abbreviated fixture list will aim to ensure home and away in-conference fixtures are completed and each team plays all of its cross-conference matches also. Further clarification will be available when fixtures are confirmed.

The scheduled dates for the conclusion of the 2020-21 Guinness PRO14 campaign are:

Once Round 16 has been completed, the top-ranked teams from each conference will qualify for the 2021/22 Heineken Champions Cup. Requirement for play-offs is under review. 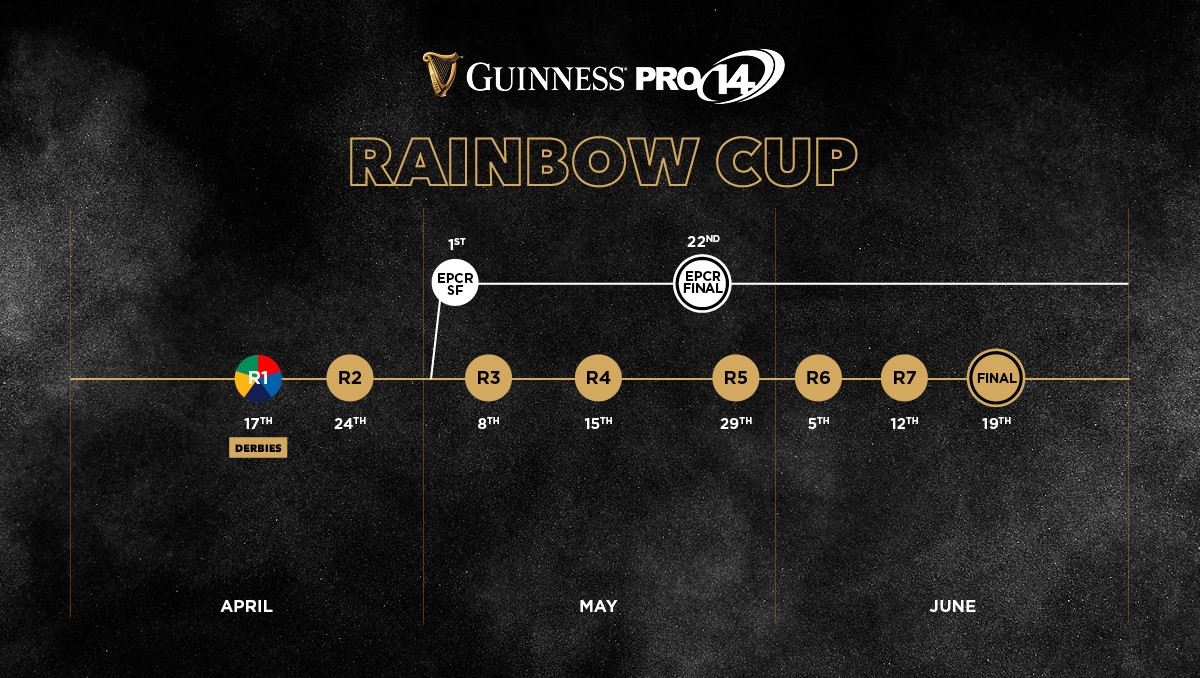 With South Africa preparing to host their first British & Irish Lions tour since 2009, the World Cup champions will see their ‘Super’ teams – the Bulls, Lions, Sharks and Stormers take on the very best that Ireland, Italy, Scotland and Wales have to offer.

The Guinness PRO14 Rainbow Cup will kick off on April 17 with two pools of 8 teams made up of two Irish, two South African, two Welsh, one Italian and one Scottish club. Each team will play one game against each pool opponent and the sides that finish top of their pools will face off in a final on June 19.

Across 57 matches, the Guinness PRO14 Rainbow Cup will feature the best of the Springbok talent going toe-to-toe with some of the British & Irish Lions’ biggest names – every one of them keen to lay down a marker to their respective selectors ahead of what will prove to an historic tour.

Martin Anayi, CEO, PRO14 Rugby: “At a time where our sport has faced its greatest challenge, we have promising news about an innovative solution to partner with South African rugby ahead of the British & Irish Lions tour.

“It was vital that we worked with all parties to ensure our 12 teams had a clear road towards European qualification. With a Lions tour in South Africa to come it is hard to think of anything better to whet the appetite than the best players from the Celtic regions competing against World Cup-winning Springboks in the Guinness PRO14 Rainbow Cup.”

Jurie Roux, CEO, SA Rugby: “The inclusion of South Africa’s ‘Super’ Teams in the Rainbow Cup is a once-in-a-generation, watershed moment for South African rugby. After so much turmoil and uncertainty in 2020, the prospect of a return to top-flight international domestic competition is one to which we all can all look forward with real excitement.”