Madigan will come up against his former province this weekend. ©INPHO/Billy Stickland

The wry smile says it all. Dan McFarland‘s assertion that Ian Madigan is a player for the ‘big time’ is replayed to the Ulster out-half over a media call. He takes a moment to reply, but it is clear Madigan relishes the big moment and his temperament and composure in delivering the biggest moment of his short Ulster career so far against Edinburgh spoke volumes.

Madigan’s match-winning heroics at BT Murrayfield, as he followed up a touchline conversion to draw Ulster level with a booming last-gasp penalty to snatch semi-final victory, underlined his enduring class and quality and ‘big time’ character. With the pressure on, the Ireland international stepped up and delivered. Talk about a clutch kick.

“The big reason why we play the game is to be put in those big pressure situations,” he says. “I do enjoy it. I think sometimes I question why I do it to myself, but it’s pretty rewarding when it goes over, it’s exhilarating. You put a lot of work in. It probably hasn’t been the easiest 18 months for me, but, look, you just graft away and when it comes good for you, I think it’s extra sweet.”

Madigan has settled in at Ulster seamlessly and Saturday’s cameo off the bench to help the northern province book a place in this weekend’s Guinness PRO14 Final against Leinster was an exciting glimpse of what Irish rugby fans can expect of the 31-year-old’s in the years ahead.

The relationship he has formed with Billy Burns and Ulster Skills Coach Dan Soper, as well as the tight bonds already forged in the dressing room, since arriving in Belfast during the summer have helped Madigan feel at home almost instantly at Kingspan Stadium.

He explains: “I’ve loved settling into the squad, and I felt after a couple of days here I felt very settled very quickly. I knew a lot of guys from either playing against them or training with them with Ireland or playing with them. I think for me and Billy it’s important as 10s that we’re working together. We spend a huge amount of time together on the training pitch and kicking together, and even I suppose hanging out together afterwards, and a lot of the time we’re talking through what’s working well for the team and how we can improve things. 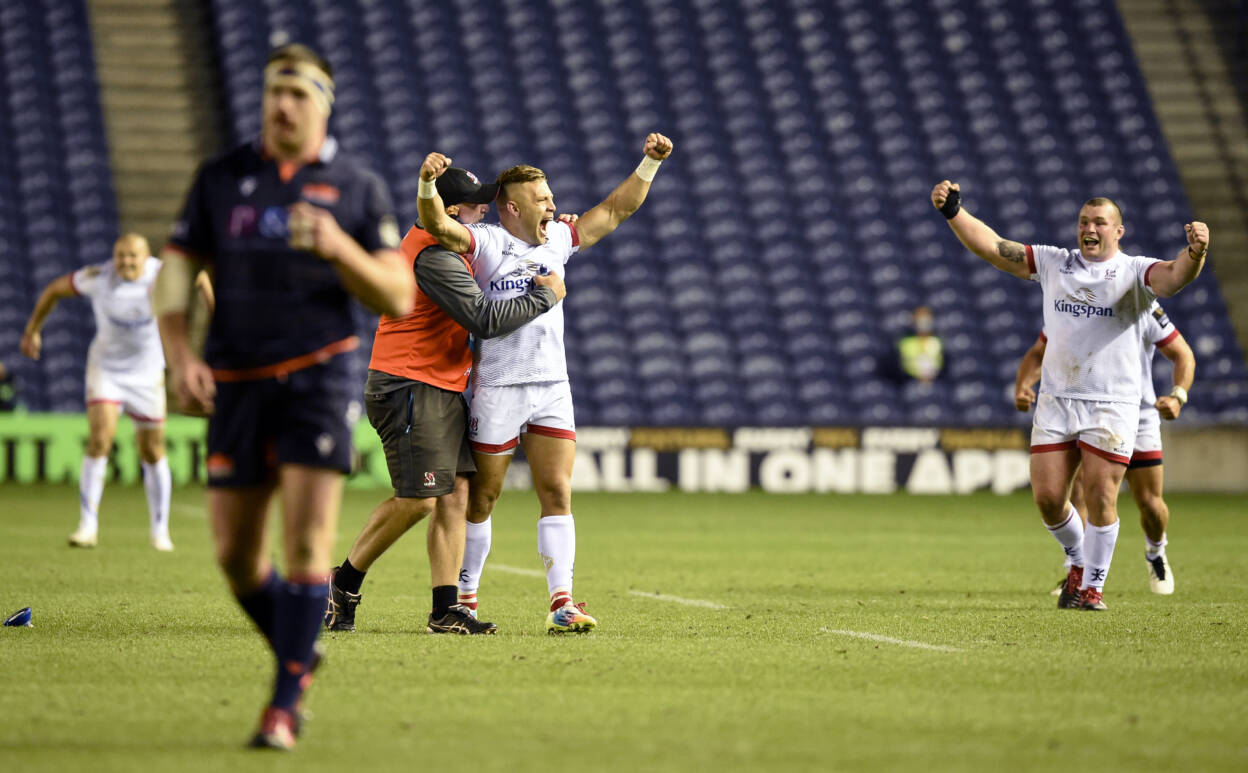 “It’s been great overall. Obviously we had a period of about six or eight weeks which was like pre-season, so I was able to get up to speed pretty quickly, and it was great being able to work closely with Dwayne Peel and talk about what had worked previously in my career and get his thoughts on how I could fit in the squad and what could work well for me personally, and using my skills to drive the team on. It has been a bit unusual going into the cauldron of two Inter-pros, then a semi-final and now a final. It’s happened thick and fast but I’d have it no other way.”

The role of Head Coach McFarland and his man-management skills have also played a key role in getting the best out of Madigan during the early days of his Ulster career.

“Before I hit the kick, Alan O’Connor was captain and he told me he loved me which was a nice touch! I only know him a couple of weeks but for him to be expressing his love for me, it gave me a boost of confidence! That could have been the difference.”

Madigan will come up against many of his former team-mates and close friends at the Aviva Stadium on Saturday night (Kick-off 7.35pm, live on eir Sport/Premier Sport/TG4) – but the Dublin native is only focused on one thing and that’s helping Ulster end a 14-year wait for silverware.

“I’ve so many fond memories of playing with Leinster,” he adds. “They’re a fantastic club and I’m still good friends with a lot of the guys there. But come Saturday, I’d like to think there’s a mutual respect there and you kind of park the friendship for 80 minutes, and then after the game you kick off again. But, look, I’m part of the Ulster squad now and I’ll be doing everything I can to get Ulster over the line come Saturday. That’s where my focus is for the week.”