Johann van Graan ensured he stayed busy during Lockdown. Amid the uncertainty and upheaval of the previous months, the Munster Rugby Head Coach challenged himself to learn and grow. He read and researched, using the time out of a usually unrelenting schedule to take stock and redefine his vision. And across the province, his staff and players were doing the same, consistently asking themselves two questions during their unexpected time out of rugby. Where can we learn, where can we improve?

Now back in group training at their High Performance Centre in Limerick, the Munster senior squad are coming to the end of their initial pre-season block in advance of the proposed resumption of the Guinness PRO14 season at the Aviva Stadium on 22/23 August, and will step up their on-field preparations after a short break from Monday, 27 July.

Working in small pods in line with the IRFU’s Return To Rugby protocols, the Munster squad have completed a strong body of work in recent weeks and having come through the first phase of fitness testing, the focus has recently switched to rugby-based training and the arrival of a number of new players has provided a further boost.

New signings Damian de Allende, RG Snyman, Matt Gallagher and Roman Salanoa have all linked up with the province since the resumption of training, while Academy players and Ireland Under-20 internationals Thomas Ahern and Jack Crowley are among those who have impressed van Graan in recent weeks.

Speaking to the media on a conference call on Thursday, the Munster Head Coach explained how the arrival of those aforementioned players – including Springbok World Cup winners de Allende and Snyman – is a significant fillip as all four bring championship-winning experience and credentials to the club, adding to the resources already in Munster’s arsenal.

“In terms of the management and players, we’ve all learned and grown during this period,” van Graan said.

“I can’t tell you how many players have said they’ve spent so much time thinking about their careers, thinking about the way they’ve been playing the game and some have spoken about their goals. This time has given all of us a chance to focus our thoughts and priorities, not only in our personal lives but also what we want to achieve as a team.

“Everyone knows the ambition and dreams we have as a club and if you look at the four individuals that have come in, they all come from championship-winning teams and that’s something we want to become. In our recruitment, it’s very important we get those players to add to what we have at Munster Rugby. 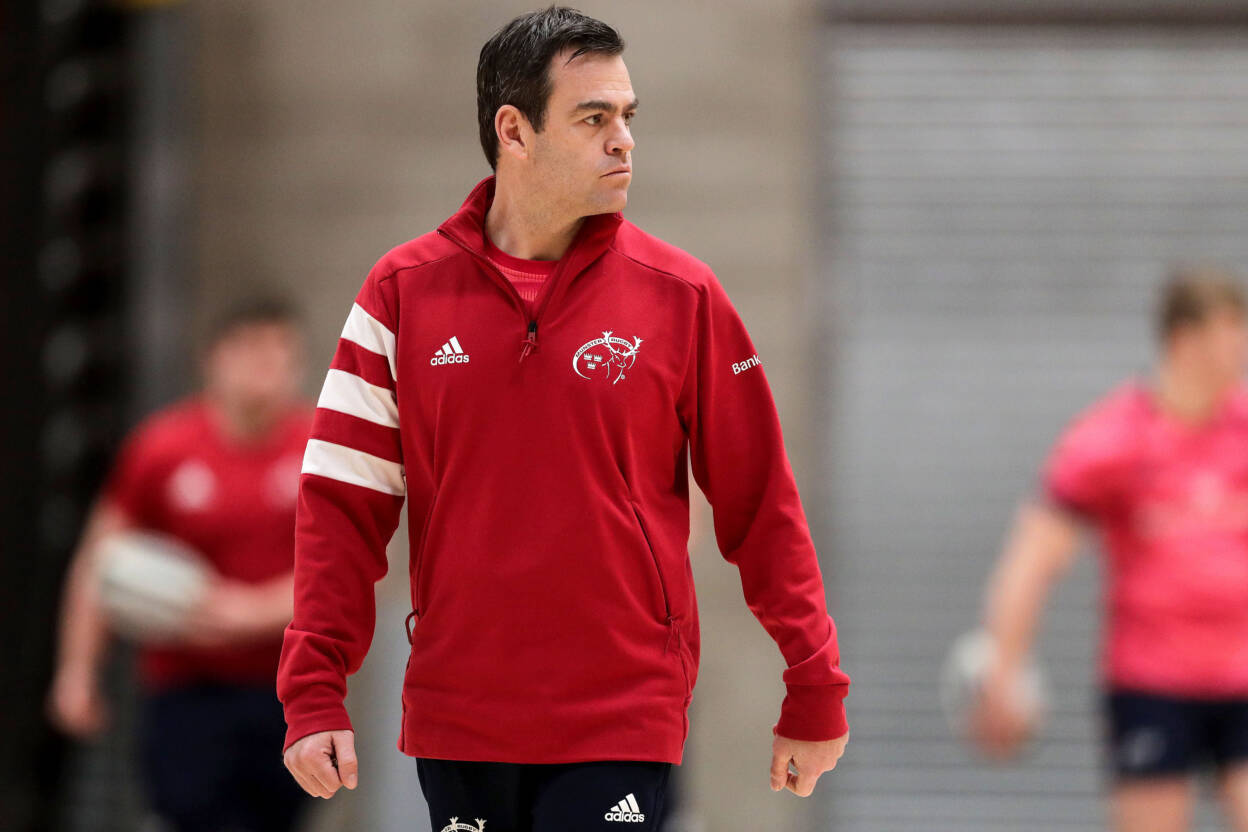 With de Allende on course to be fit for the PRO14 derby fixtures at the Aviva Stadium on the weekends of 22/23 August and 29/30 August, Munster also provided a positive injury update Tadhg Beirne (ankle), John Ryan (shoulder), Keith Earls, Calvin Nash and Dave Kilcoyne (all calf) earlier this week as all are expected to join the wider training group when the squad reconvenes at the end of the month.

On the fitness of Ireland international Beirne, who has been sidelined with a knee injury since January, van Graan added: “Tadhg is looking incredibly well. The fact that he had a leg injury meant he could work on his upper body strength so he’s in phenomenal condition. He’s still with the rehab group and he’ll re-join the squad on the July 27th. He has to come through his rugby training but if all goes to plan, I’d envisage he’ll be available for selection.”

Ahead of the resumption of the 2019/20 campaign, Munster currently sit second behind Edinburgh in Conference B and have work to do to qualify for a semi-final, but for now van Graan and the players have retained a narrow focus on each day as they work their way through pre-season in unprecedented circumstances.

He explained: “It’s certainly been very different to what we’re used to but we are embracing change. All credit to the senior management, staff and players for complying with the new process. The main thing is to keep our people safe and healthy, and everybody has bought into that.

“We have been missing the game that we love. We’re just taking it week by week, this is our fourth week back at the HPC and everyone has done exceptionally well. Everyone would play tomorrow if we could because we are certainly missing the thing that binds us all together, which is the game of rugby.

“Who knows what will happen in the coming weeks so we’ll just take it day by day and luckily that’s something we have been doing all along. We just hope that we can all keep to our Government guidelines and keep everybody healthy, safe and fit and hopefully play a game of rugby again.”