Leinster are building towards the resumption of the season next month. ©INPHO/Bryan Keane

Leinster Backs Coach Felipe Contepomi says the province’s senior squad have come through the initial pre-season block in good shape as the defending Guinness PRO14 champions continue their preparations for the planned resumption of the 2019/20 season in August.

Under the IRFU’s Return To Rugby protocols, Leinster are in the third week of their pre-season training schedule at their High Performance Centre in UCD and will break up on Friday for two weeks of down time in advance of the Pro14 Inter-Provincial fixtures at the Aviva Stadium on 22/23 August.

Leo Cullen‘s squad have completed the fitness testing phase of pre-season and speaking to the media on a conference call on Wednesday morning, Contepomi explained how the players returned from the lockdown period in excellent physical shape and the focus going forward will now be on re-introducing rugby-based drills on the training paddock.

“The guys have been working really hard throughout the lockdown,” Contepomi said. “Having three months of a pre-season for fitness work, you won’t get that often and some of the guys really got into it. When they came back and we did some tests, they were great so we’re comfortable with how fit they are.

“It’s just about getting back into rugby now and getting them used to decision-making and all the little things we have in rugby. Fitness wise they look really well. Hopefully we have most of the squad available [for the first games back]. That’s great. Many of the guys who have little niggles and bumps and bruises, in three months they are all gone and they’ve fully recovered fitness-wise. For the moment, we’re in a great spot.”

Additionally, Contepomi praised the attitudes and application of the players during the three-month suspension of rugby due to the COVID-19 pandemic, commenting: “Mentally it was a challenge for sure but it was a good learning for us. There are things you can’t control, you have to control the controllables and the only thing we could control was our preparation and it was all taken week-by-week.

“It was a good experience for players to become more adaptable and become more in the present. It was a good learning tool for us in the whole group. It was challenging and everyone did it their own way. It wasn’t as if there was there one recipe for everyone. Some guys find it more challenging to get up and train by themselves, some others find it more challenging not being able to do some skills. It’s different challenges for each player but they went through that period really well and the squad is looking really good.” 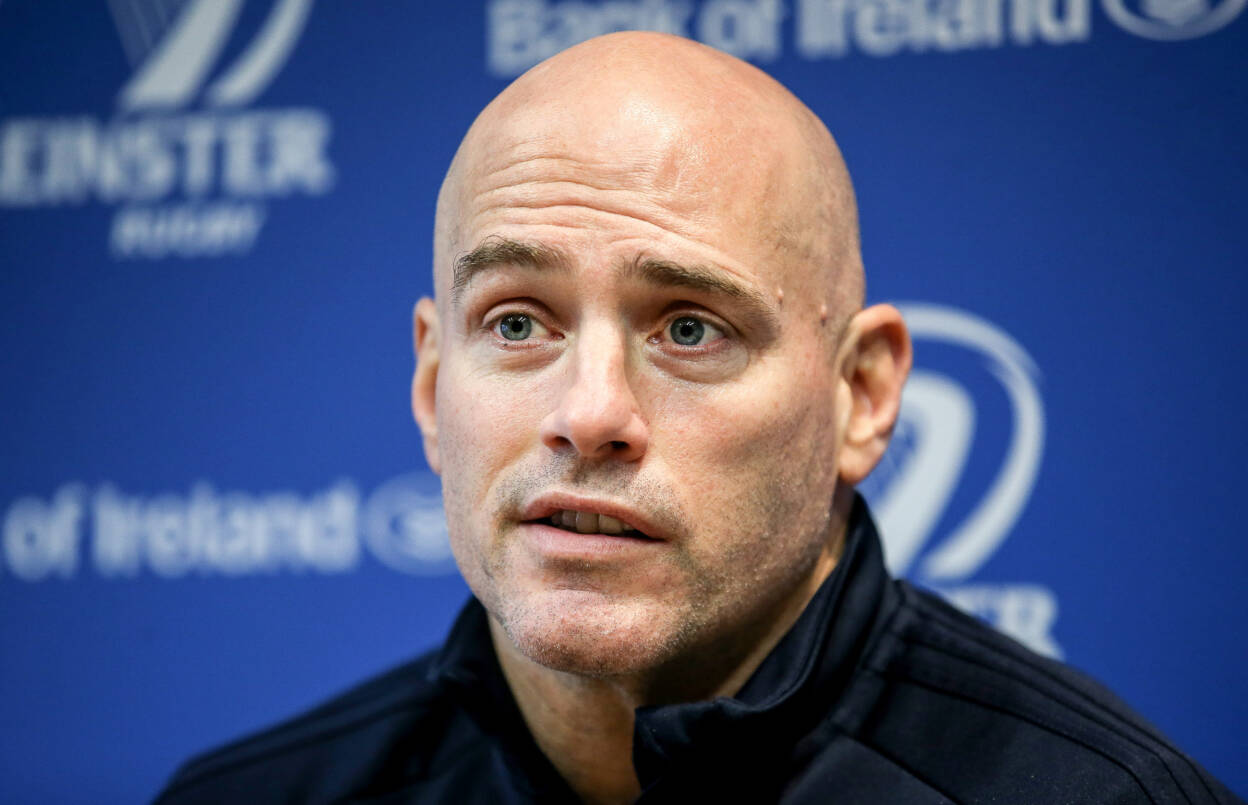 With a schedule now in place for the remainder of the 2019/20 Pro14 campaign, there is a clearer roadmap for Leinster’s pursuit of another Pro14 and Heineken Champions Cup double. Rounds 14 and 15 will be Inter-Provincial games behind-closed-doors played at the Aviva Stadium in late August, before the semi-finals and final of an abbreviated Pro14 season take place in early September, before they face Saracens in a European quarter-final.

As the leaders of Conference A, Cullen’s side are already guaranteed of a berth in the Pro14 semi-finals and while the break has threatened to halt the momentum built up by Leinster through their 13 consecutive victories in the league and six straight European wins, Contepomi believes they will come out of it even stronger.

“The players have adapted well in training and we’ve been progressing and building up in recent weeks,” he adds. “I’d like to think we’ll come out of this time stronger. I know momentum is very important in sport but it’s about trying to get back that momentum and we had been working and building up for the last few years to get to that momentum and to get to that type of game we are playing. Hopefully we can continue that when we get back to playing.

“It’s a challenge, yes, but it’s welcome one and it has been about coming back better than we were when we left in March.”