TG4’s Rugbaí Beo is back for the new GUINNESS PRO14 season, starting on Friday week (September 27) with highlights of Ulster’s first round clash with the Ospreys at Kingspan Stadium.

This will be followed by a bumper afternoon of live rugby on TG4 the following day (Saturday, September 28) as Munster host the Dragons at Thomond Park, followed by Scarlets v Connacht and finishing off with all the best highlights from the meeting of last season’s bolters, Benetton Rugby, and reigning champions Leinster.

TG4 will again broadcast 28 live games free to air this season, as well as deferred coverage of a further nine interprovincial derbies. A weekly highlights programme will also be broadcast to bring Irish audiences the best action from the GUINNESS PRO14 Championship.

Building on last year’s coverage of behind-the-scenes referee briefings, warm-up interviews with head coaches, and audio-snoops on coaches and players, Máire Treasa Ní Dhubhghaill is at the helm again and there will be expert analysis from Eimear Considine, Deirbhile Nic a Bhaird, Marcus Horan, Ronan Loughney, Eoghan Ó Neachtain and Eamonn Molloy along with a host of others. 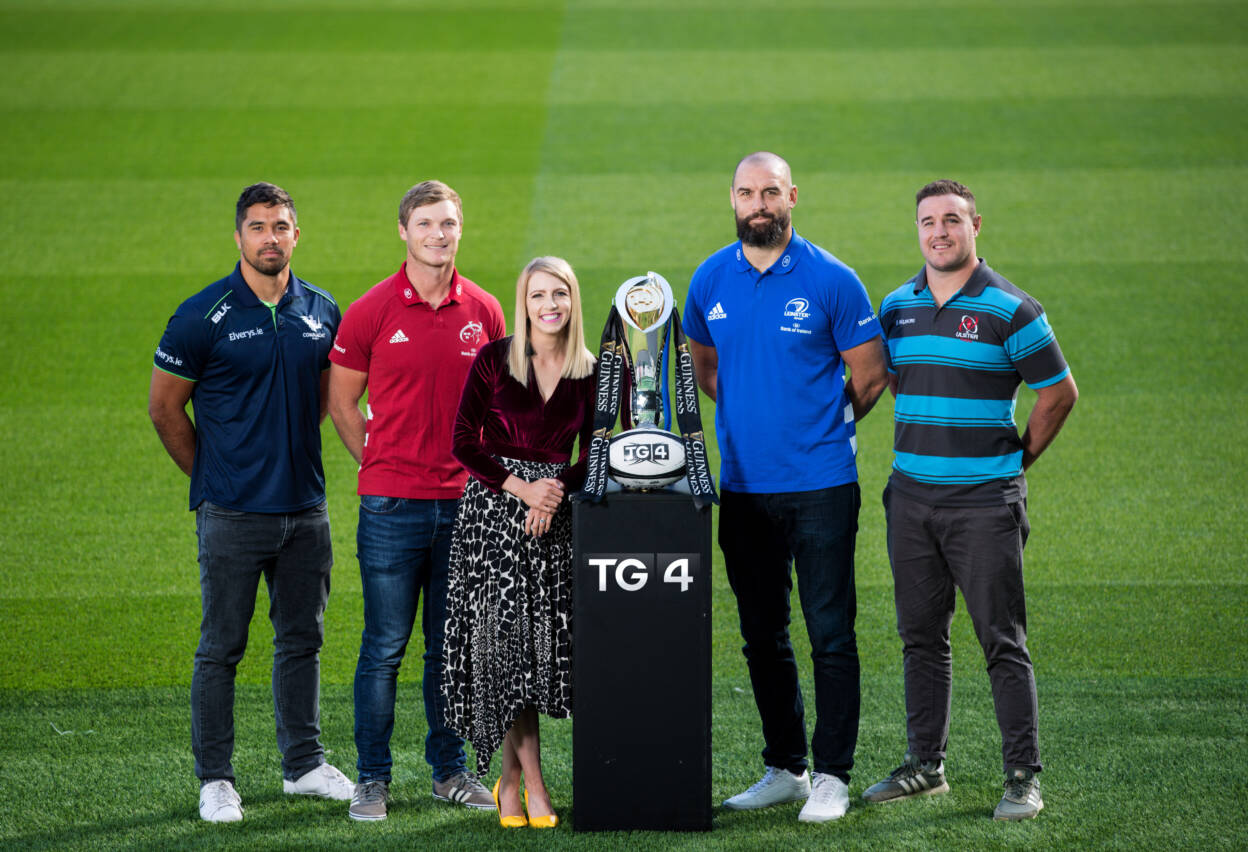 The focus will be on the Irish provinces as Leinster aim for a three-in-a-row of titles, while Connacht continue to flourish under Andy Friend and will be looking to improve on their top-three conference finish from last season.

Ulster, without retiring captain and talisman Rory Best, will be aiming to go a step further than last season’s semi-final defeat, while Munster will be hoping that recent coaching additions, Graham Rowntree and Stephen Larkham, can help them break their semi-final hoodoo and progress to the final at Cardiff City Stadium for the first time since 2017.

Speaking today ahead of the start of the new Rugbaí Beo season, TG4’s Head of Sport, Rónán Ó Coisdealbha, said:

It’s with an immense source of pride for TG4 that we embark on another season of Rugbaí Beo, continuing an association with this tournament which stretches back to 2001.

“The reaction to our free-to-air coverage of the GUINNESS PRO14 Championship last season was tremendous and we look forward to bringing forward further innovations that will continue to engage audiences and rugby fans for the coming season.”