Darren Cave, who put in a brilliant defensive performance against Leinster last Saturday, is set to hang up his boots at the end of the current season ©INPHO/Bryan Keane

Darren Cave has announced that he will retire from professional rugby at the end of the season, following 13 seasons at Ulster Rugby. The classy centre, who turns 32 on Friday, is currently the province’s second most-capped player of all-time with 225 appearances.

In an open letter, he has thanked those who have supported him throughout his career.

AN OPEN LETTER FROM DARREN CAVE

Many people have contributed massively to help me along this journey, far too many to name. Thank you to my friends, coaches, medical staff, S&C staff and all the other staff and management at Ulster Rugby behind the scenes that gave me the opportunity to be the best player, and person, that I could be. I’ve no idea how many team-mates I’ve had over the years but thank you to all of them, it’s been an absolute pleasure. I have made some friends for life.

This is a really exciting group to be a part of and I’m determined to give everything so that we can finish the season on a high. Beyond that, I can’t wait to put my feet up and watch Ulster Rugby win trophies over the coming years.

Whilst I’m proud of my achievements, more than anything else I’m grateful that my family sacrificed so much to let me pursue this crazy dream that I could play rugby for Ulster and Ireland. I really don’t know how I’m supposed to put my gratitude into words for how much my dad Brian and my mum Ruth have done for me over the years. Not to mention my older brother Stuart, who taught me how to go ‘toe to toe’ wrestling in the back garden from a young age. Who’d have thought it would have been such a valuable lesson.

My amazing wife Helen has had to play second fiddle to rugby since we first met. We are expecting our first born in July, and if the love and support she has shown me over the years is anything to go by, I’m looking forward to watching her become an amazing mum.

I genuinely believe Ulster fans are the greatest fans in the world, and not just because I was brought up as one. Over the last 13 years the lows have been low, but the highs have been higher, and most importantly, the terraces have always been full, the voices have been loud and you’ve always been there for me and the team.

Thank you so much. 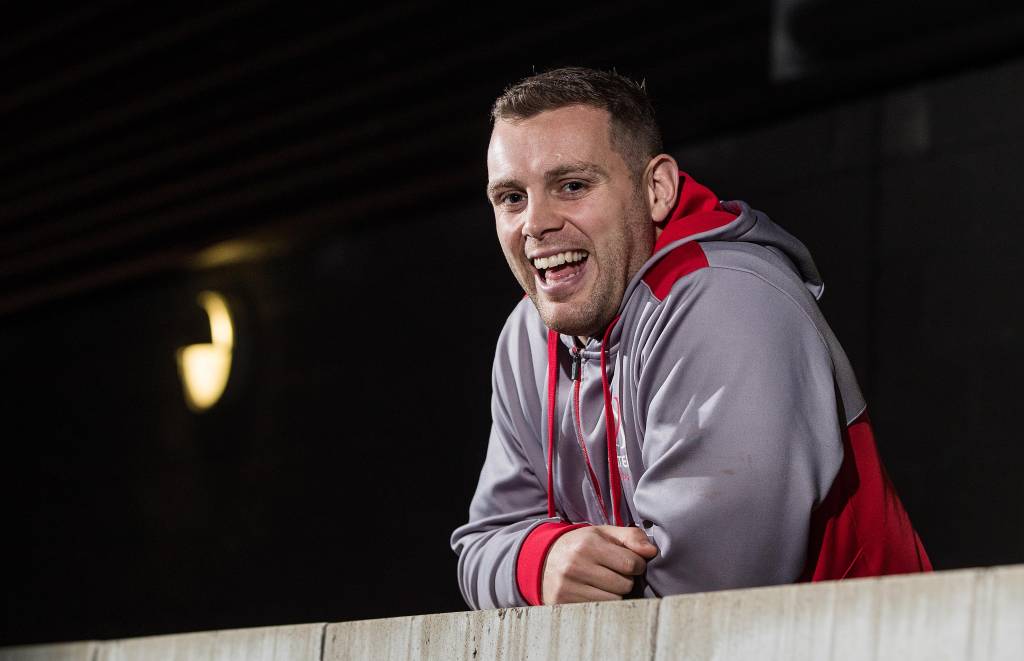 “Cavey will go down as one of Ulster’s finest ever centres. Without doubt, he is a player who did not get the recognition he fully deserved in what has been a brilliant career. It is his rugby nous and outstanding defensive communication that I will remember most.

“I always feel comfortable when he is named in the team, as he brings experience and intelligence to those around him. Most recently, he has been the instrumental figurehead for the player group in leading both charitable and community initiatives, something we are passionate about building upon over the next number of years.

“While I foresee Darren playing a prominent role in the Past Players Group and continue his close links with Ulster Rugby, we would like to wish him the very best in his future endeavours. With Cavey’s personality, I have no doubt that he will be a success in whatever line of work he chooses.”

“Cavey and I have played together for over a decade, so he’s a player and person who I know very well and have great respect for. His career will be remembered for the big performances he produced when we needed them most, and also for the passion and commitment he demonstrated in the process.

“It’s no surprise that he’s a popular member of the squad and a favourite among the Ulster supporters. Darren is a brilliant ambassador for Ulster Rugby and he has done a great deal for the local community, particularly with his charity work and his support for disability sport.

“He is a great role model for not only the inexperienced members of our squad, many of whom he has taken time to mentor, but also for aspiring young players who dream of representing Ulster. We’ve a hugely important end to the season upon us and we are all determined to make Darren’s remaining time at Ulster as successful as possible.”