The Free Jacks, who will make their Major League Rugby debut in 2020, were 12-0 behind at half-time, with Clontarf centre Sean O’Brien running in a well-taken 70-metre intercept try in the 17th minute and Ballina youngster Neal Moylett breaking from a scrum for a 23rd-minute score. 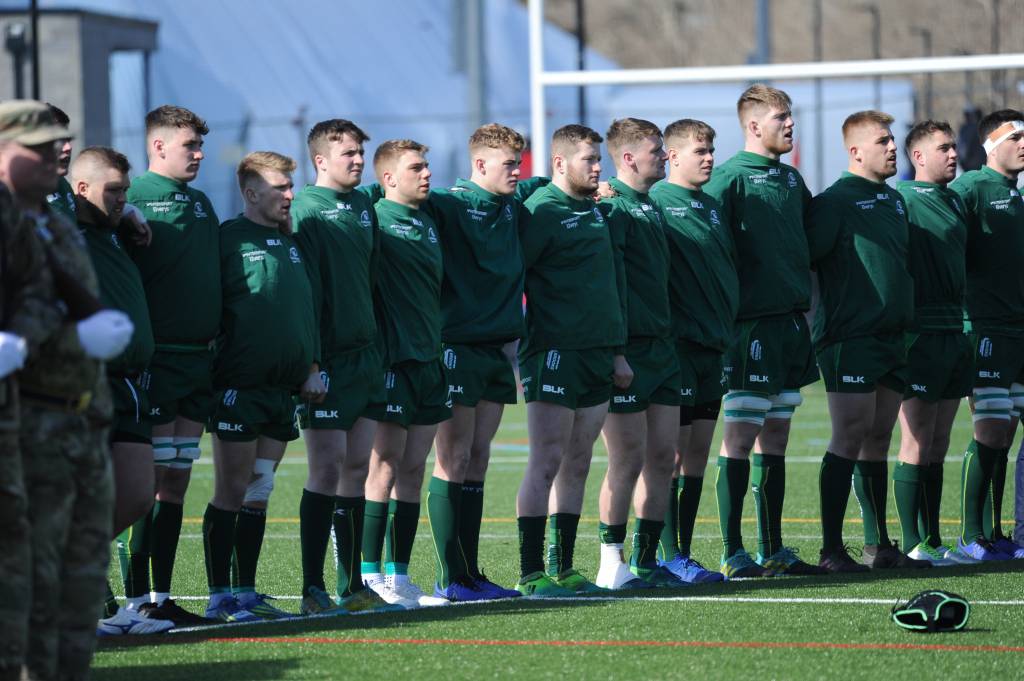 Former Connacht Academy out-half Tadhg Leader, the Free Jacks captain, kicked off in sunny but blustery conditions on the all-weather pitch, both sides gaining early turnovers with Jonny Murphy and Cillian Gallagher forcing one in contact and Free Jacks number 8 Pago Haini following up with a penalty win at the breakdown a couple of minutes later.

The tricky wind foiled a couple of Steve Hinshaw’s lineout throws, while Gallagher also got up to pinch one at the front. Balaski made good progress on the left wing, beating two players to get over halfway, but the home defence tackled hard and earned a turnover before thwarting the Eagles again from a subsequent lineout opportunity.

The strong-running Haini took a quick tap from a scrum free-kick to charge through and bring the Free Jacks into the province’s 22, building through the phases until O’Brien picked off Leader’s pass and sprinted clear to score behind the posts with Luke Carty adding the simple conversion for a 7-0 lead.

With the Eagles pack warming to the task, they won successive scrum and maul penalties to pin the Free Jacks back in the right corner. Captain Joe Maksymiw’s decision to opt for another scrum, five metres out, paid off when number 8 Moylett controlled at the base and then crashed over near the corner flag.

Connacht Eagles’ execution let them down over the remainder of the first half with hooker Murphy knocking on after breaking from a maul in the 22, and New England’s Owen Hundt was also able to pressurise Murphy’s lineout throw, stealing one ball at the front and then forcing a crooked throw. The coaches would also have been disappointed with Moylett getting isolated on the ground, Gallagher being turned over at a maul, and Carty throwing a forward pass.

The wind was a factor in some scrappy phases either side of the interval, but Eagles scrum half Stephen Kerins played a central role in the build-up to their third try, initially intercepting a pass after his opposite number Erik Thompson had tapped a penalty. The Sligo man then popped up a few phases later to take a penalty quickly and the resulting pressure led to Lane being fed on the right wing before stepping inside Ahmad Harajily to score. 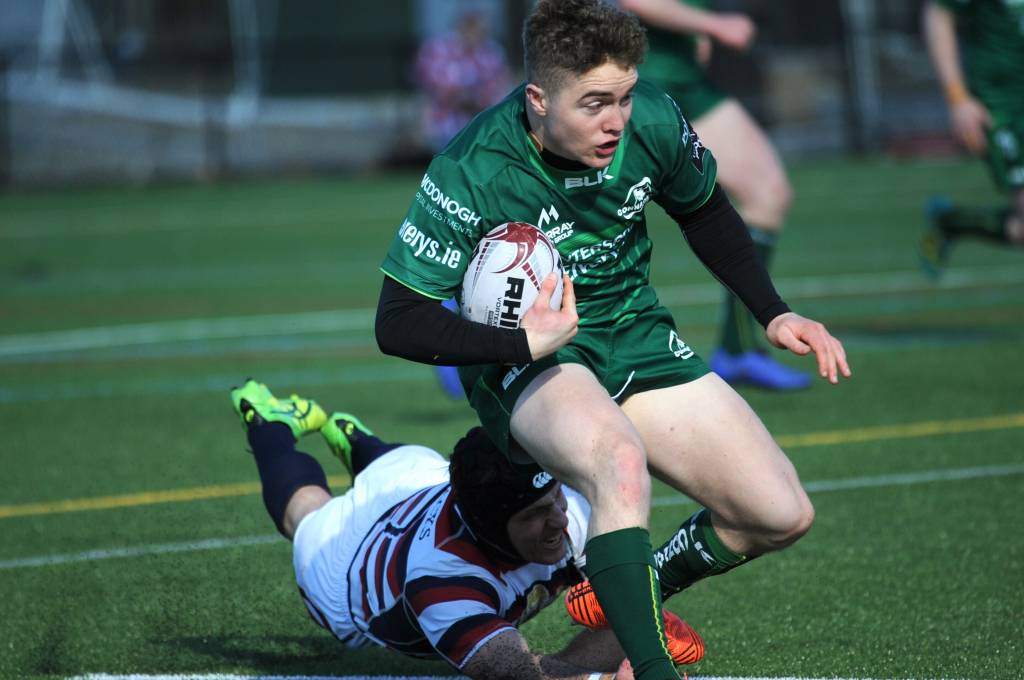 After Carty curled over a peach of a conversion, the Free Jacks swiftly responded with a scrum penalty and a well-executed lineout, giving Thompson quick ball to feed Lupton who sold a dummy to Kieran Joyce, slipped out of Carty’s tackle and darted over to the left of the posts. Leader converted to reduce the arrears to 19-7 but that proved to be the Americans’ only try of the contest.

The Eagles seized control following some scrum pressure close to the posts which resulted in Purpura seeing yellow, and Carty used a penalty advantage from the very next scrum to swing the ball wide. Christian Adams got his fingertips to the out-half’s pass, knocking the ball forward and Balaski was able to scoop it up and finish smartly in the left corner for a 24-7 scoreline.

Just a few minutes later, Joyce gobbled up a loose kick from Leader just inside the New England half and full-back de Buitlear released Lane along the right touchline, the winger’s kick drifting infield for the onrushing de Buitlear to collect and dot down behind the posts. Taking over the kicking duties, Conor Dean converted from straight in front.

The St. Mary’s College clubman also tagged on the extras to fellow replacement Copeland’s closing score, James Mitchell attacking hard from a lineout and feeding the experienced back rower whose sidestep and turn of pace from the edge of the hosts’ 22 split the defence wide open. Some terrific interplay should have led to two more Connacht tries, but the Free Jacks scrambled back to deny Corey Reid and de Buitlear on opposite wings.