They already have the Under-20 Six Nations crown wrapped up with a round to spare, but the Ireland U-20s will not be resting on their laurels when they travel to Colwyn Bay for their final round encounter with Wales on Friday night (kick-off 7.05pm).

Following four straight wins to date, including last week’s outstanding 31-29 victory over reigning World champions France at Irish Independent Park, Noel McNamara’s talented youngsters find themselves on the cusp of a Grand Slam at Parc Eirias on the north coast of Wales.

Until recently, current Ireland U-20 centre Liam Turner was not even aware of their predecessors’ 2007 success. That did not stop the squad aiming for greater heights, and a meeting with Leinster senior coach Stuart Lancaster – in the aftermath of their third round triumph over Italy – helped them to realise what was achievable in 2019.

“It’s kinda hard to put into words,” admitted Turner. “Only five Irish teams have been able to do it (Grand Slam) in the past so it would just be incredible. After the Italy game it became a real possibility and Stuart Lancaster came into us after that game and made the point that we shouldn’t hide away from it after three good performances.

“That we should make it a serious goal. From the way we played we could see that we could definitely do it, and it was just about having that confidence going into the last two matches (against France and Wales) that we could go and win.” 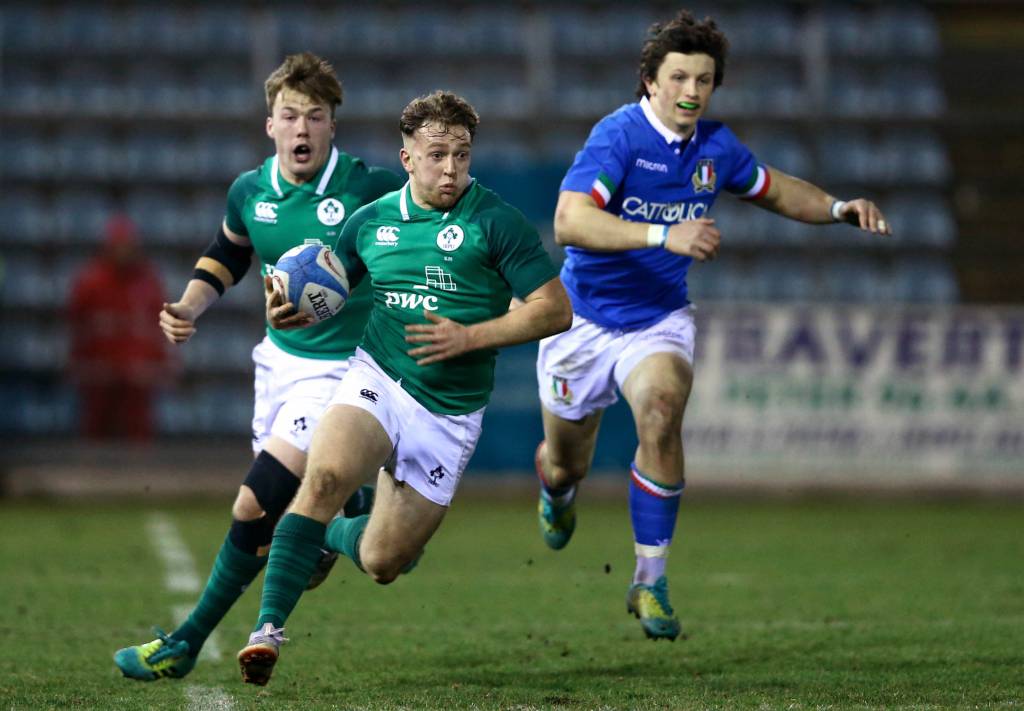 Courtesy of Wales’ stumble against Scotland in Edinburgh which resulted in a 27-20 defeat last Friday, Ireland will return home with the U-20 Six Nations trophy this weekend regardless of how their final game of the Championship pans out. Given what has now become attainable, Turner admits it would be something of an anti-climax not to seal the Grand Slam.

“It would be bitterly disappointing because we have such an opportunity to do something that not a lot of teams have done. That’s the mindset of this team, we’re not satisfied. We’re obviously in a good place, but we want to go on and win again this Friday in Wales.”

This is an attitude that was readily apparent in the hours that followed last Friday’s game against the French in Cork. Nonetheless, Turner and his team-mates were still appreciative of the scales they have reached, as he recalled: “Everyone was delighted at first. The great thing about the squad is that we’re not satisfied. The next morning we had a review of the game, picked out a few things we didn’t do so well and things that we did very well.

“There is a big task coming up on Friday. We went back to the hotel, watched the game again, got a few pizzas in and just relaxed. The bodies were sore after a big, physical game, especially against France, a big physical side. It’s really about putting the feet up.”

Indeed, amidst disappointing losses to France and Scotland, the Wales Under-20s impressively dispatched the challenges of Italy (42-12) and England (11-10). The latter result came in their only home game of the campaign so far, and drawing on his previous experience of facing their Celtic rivals, Turner understands how difficult a challenge it could prove to be.

“Wales are a very direct side, very good defensively, get off the line very quickly and try and suffocate you. Their whole system is played from the age of 16, the whole way up. Each team plays the same way. It’s going to be a huge task. We will pick out a few things that we think will work against them and try and nail them down (in training).

“Two years ago we would have played them at Under-18 level. We managed to win that one, it was a bit like the French game, very back and forwards. They’d score, we’d score and we actually came back from three tries down in the last 20 minutes to win it in the end. We know they are a very good side, a physical side. We are definitely wary of them.”

The versatile Dublin University back, who has played seven times in the top flight of the All-Ireland League this season, has been a constant in the Irish midfield throughout the U-20 Six Nations. He was joined by his Leinster colleague David Hawkshaw for the opening three rounds, until a season-ending knee injury unfortunately sidelined the Ireland U-20 captain.

Munster Academy talent Sean French filled the inside centre berth in Hawkshaw’s absence last week, further emphasising the strength in depth that McNamara and his team have developed in a frantic international window. 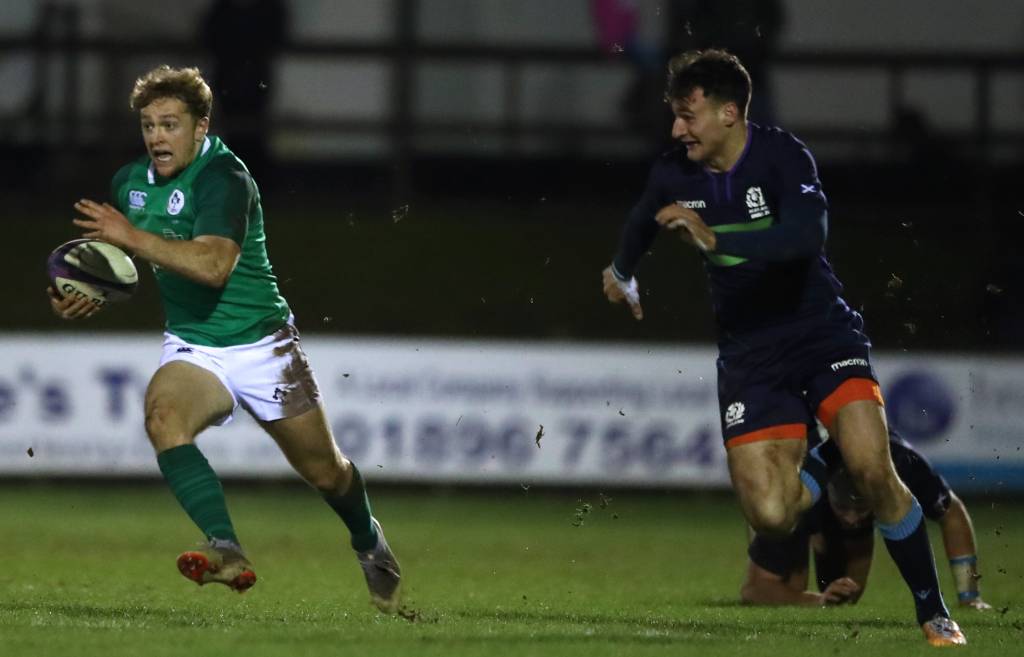 “I go into matches wanting to do my job. We have a motto in our team, ‘we do things in our team to make others around us look good’. Those sacrificial acts. I am very happy with my performances so far. I just want to make sure I give one good last one,” explained Turner, who is a member of the Leinster sub-Academy.

“Obviously Dave was a massive, massive loss but, as you saw, Sean French came into the team last Friday and had a stormer. That’s the great thing about the squad, our finishers have been awesome, coming into each game.”

Alongside starting tighthead Thomas Clarkson, Turner was part of the Blackrock College team that lifted the Leinster Schools Senior Cup twelve months ago. Considering the accolades that Brian O’Driscoll and Garry Ringrose – senior Grand Slam winners in 2009 and 2018 respectively – have accumulated, being a number 13 in the Williamstown nursery brings its own level of pressure and responsibility.

Rather than letting it become too much of a burden, Turner takes it all in his stride, saying: “Obviously the school has produced a few well-known 13s. I don’t really focus on that, just focus on myself. They were big role models for me coming through school. Brian O’Driscoll (was playing for Ireland) while I was still at school. Garry is playing now. I look to them to see how they play the game and learn from them.”