Bleyendaal has made 47 appearances in red since his debut in September 2015 and has captained the province on 11 occasions. Munster’s Player of the Year in 2017, the New Zealand-born play-maker will remain with the province until June 2021.

Tighthead prop Parker will move from a development contract to a senior contract for next season. The 23-year-old has made 11 appearances for the province and also lines out with Shannon in the All-Ireland League.

Scrum-half Mathewson will remain with the province until the end of the season after signing a further extension. The former All Black has played for Munster on 13 occasions, scoring two tries to date. 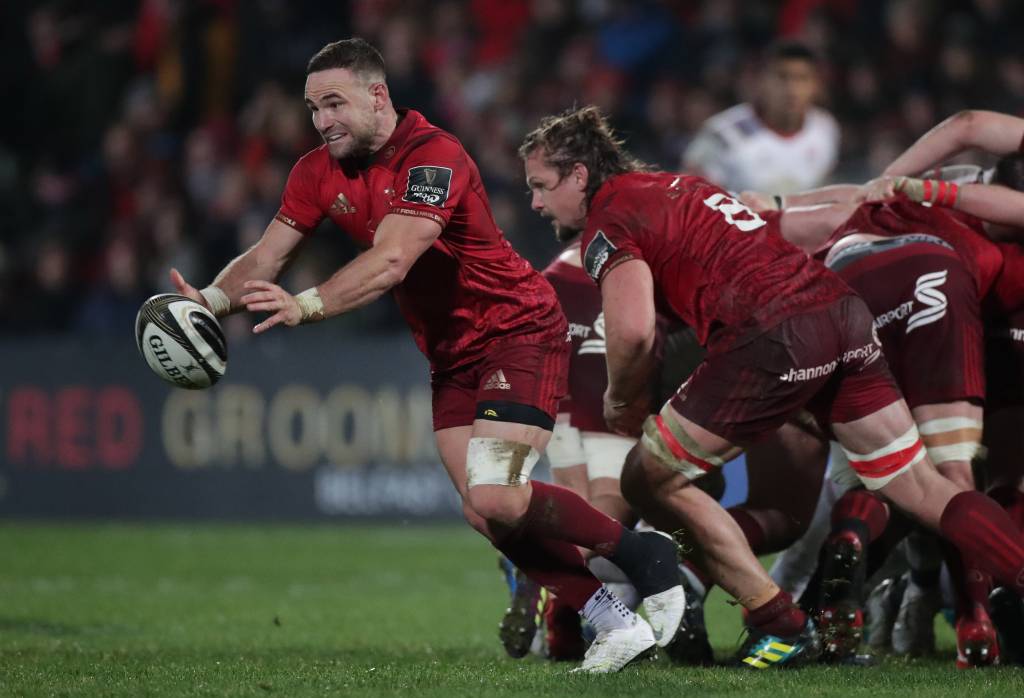 The 22-year-old O’Connor will advance to the senior squad next season on a one-year development contract after completing his three years in the Academy. The versatile Tipperary native, who was a World Rugby Under-20 Championship runner-up with the Ireland U-20s in 2016, can play at lock and in the back row and has made nine appearances for the province.

Promising prop Knox has signed a three-year deal with the province that sees him continue with the Academy for a further year before advancing to the senior ranks. The 19-year-old Young Munster clubman featured for Munster ‘A’ on five occasions in this season’s inaugural Celtic Cup competition.