Following a progressive 2018 on a personal front, hooker Dylan Tierney-Martin is hoping to lead from the front for the Ireland Under-20s in the U-20 Six Nations tournament which kicks off in Cork on Friday night.

Having missed out on selection for the last year’s Under-20 Six Nations, a series of injuries led to the Galway native being drafted into Noel McNamara’s Ireland squad for the latter stages of the World Rugby U-20 Championship in France. He featured off the bench in the 11th-12th play-off victory over Japan.

This elevation to the Ireland U-20 set-up has fully justified his decision to move from openside flanker to the front row as he now finds himself making his U-20 Six Nations debut against England at Irish Independent Park on Friday (kick-off 7.15pm). He is one of three Connacht forwards in Ireland’s matchday squad.

Speaking about the positional switch, Tierney-Martin said: “I’ve always loved having one job to do myself. I wanted to be a 10, but I don’t think I had the feet for it! Moving from 7 to 2, I’d always practiced my throwing all the way up through.

“I was one of those players in your club, that you’d kick if the 10 was missing or you’d throw the ball if the hooker was gone. It was quite good to actually have that job for myself and just have something to practice. Week in, week out. Every day of the week.”

Despite his rapid rise through the underage ranks, the Corinthians clubman admitted it was difficult to leave behind his old role in the back row. Nevertheless, there is still scope for him to display his all-round game in the loose exchanges.

“I thought about not doing it. But at the end of the day, once you have a jersey on the back, apart from set pieces you’re a rugby player. That’s how I see it and that’s how my dad saw it as well. We agreed on that kind of point. You can still be a back row in open play.

“What’s stopping you doing that? That how I feel I’m going to build my game around. Rory Best is obviously huge in the breakdown and that’s how I see myself as well. Being a groundhog hooker.”

Initially reluctant to take up rugby, he was ultimately swayed by the infectious enthusiasm of his father Leonard, a former player with Ballinasloe RFC. Although it took a while for him to come around, Tierney-Martin is now eternally grateful that he has inherited his dad’s passion for the oval ball.

“Dad was always meant to be a hurler all the way through, but he played for Ballinasloe. Dad, he always felt I had something special with rugby and just wanted to push that the whole way through and I’m really glad he did.” 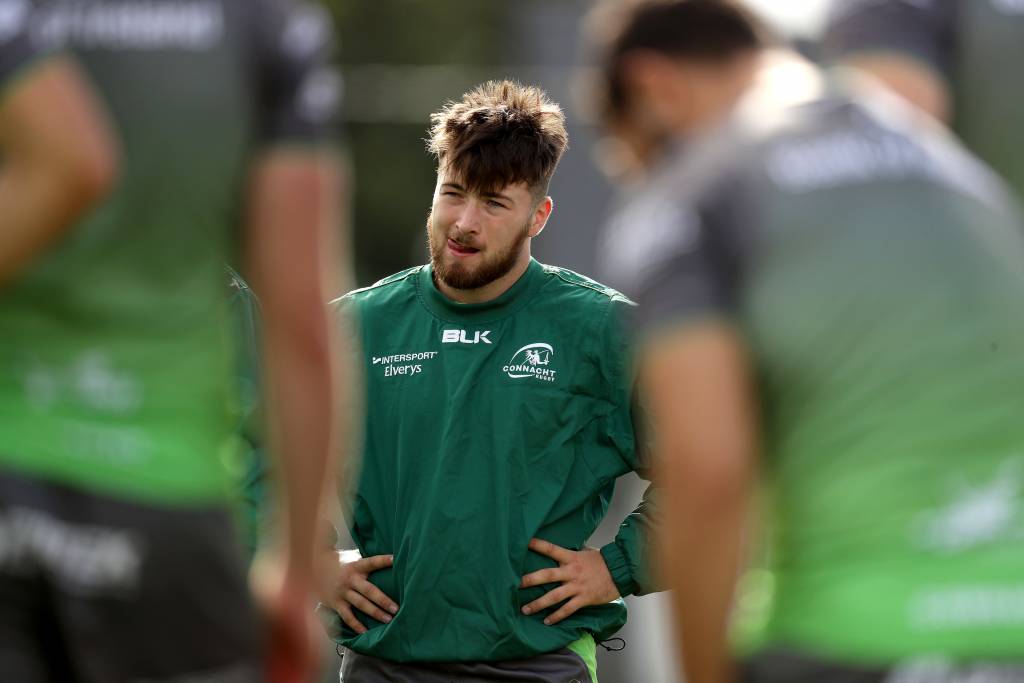 While newly-appointed captain David Hawkshaw and vice-captains Charlie Ryan and Craig Casey are nominally the leaders within the Ireland U-20 Six Nations squad, Tierney-Martin will assume a certain degree of responsibility as one of just five players in the 40-strong panel to be previously capped at this age-grade.

The circumstances that led to his Ireland U-20 bow last summer were as surreal as it gets, albeit it proved to be a happy experience overall for the St. Joseph’s College alum.

“Last year for me was quite a bizarre year. Obviously just had transitioned to hooker. Didn’t really have many expectations for the year. Wanted to get used to being a hooker. Obviously played British & Irish Cup then. Got a load of really good experience in the B&I with Connacht Eagles. From there, got selected for Ireland Under-19s, which was a surprise as well,” explained the 19-year-old, who is in his first year with the Connacht Academy.

“It was a really nice time for me and my family. Because a couple of years ago I had missed out on Ireland Under-18s as a seven. That was quite hard to take. From there then, I got a phone call. I was actually sitting down, just about to go into my exams for college and seeing the missed call.

“I was like, ‘ah, I’ll leave it, I’ll go in’. Sat my exam, came back out and answered the phone. They asked me if I’d be able to come to the warm-up game against Scotland the week after. From there then, it was a really nice experience. Really big surprise, but lovely to get.”

In addition to working with the familiar face of Ambrose Conboy, an Elite Player Development Officer with Connacht, in the Ireland system, Tierney-Martin is also learning his trade under JP Cooney in the All-Ireland League. The former Connacht prop is in his first year coaching the Corinthians senior team and Tierney-Martin is reaping the benefits.