Ireland captain Rory Best admitted it has not quite hit home yet that he will lining out at the Aviva Stadium for the final time in his professional playing career on Saturday afternoon.

On the occasion of his 120th international cap, Best will lead Ireland into battle against Wales – just seven days on from a hard-earned 22-17 victory for Joe Schmidt’s men at the Principality Stadium in Cardiff.

Only Brian O’Driscoll (133) and Ronan O’Gara (128) have played more Test matches for Ireland, and Best is set to feature in his fourth Rugby World Cup finals following his previous appearances at the 2007, 2011 and 2015 tournaments.

“It’s not something that I’ve given a lot of thought about. It wasn’t really until I walked off the pitch today,” said Best, speaking alongside Ireland defence coach Andy Farrell at the team announcement press conference yesterday.

“There’s a few of the same faces that greet us coming off the training pitch and one woman, in particular, she was in tears saying it was the last time I’d walk off the Carton House pitch. I hadn’t really given that any thought because I think, for me, it’s making sure we focus on this next game.

“When it gets to it and probably after the game, the realisation of the last game at the Aviva will hit home properly. It’s important for me and the team that it doesn’t affect preparation. it will be a really big occasion when I look back upon it.

“I’m sure my family will feel it a lot more than I do in the build-up to the game but ultimately, it’s about making sure that as a team, we perform as a team. That we take a massive step forward and we put ourselves in the best possible position we can to get on the flight on Wednesday to go to Japan. Ultimately, Scotland then becomes the next target.” 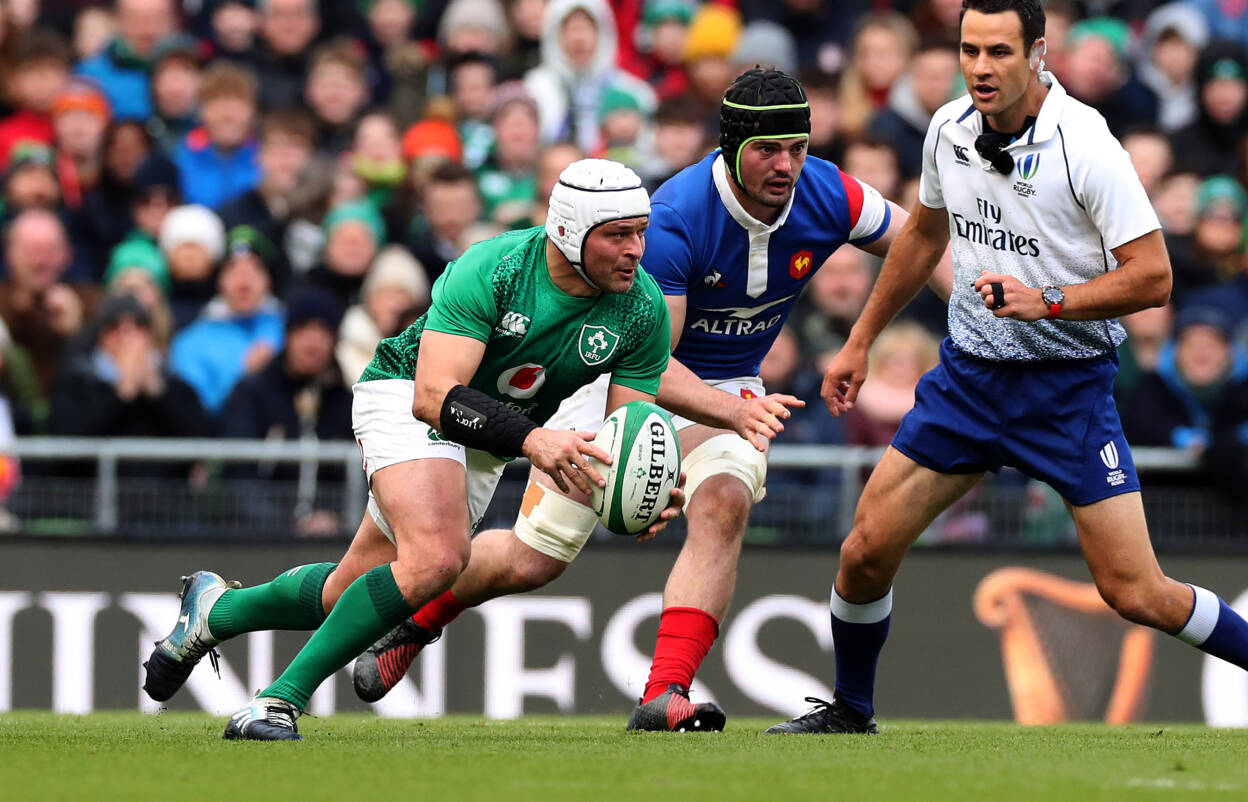 Best is one of three hookers to make it into the final squad of 31 for the Rugby World Cup, Leinster’s Sean Cronin and Niall Scannell from Munster being the others to make the cut. Since Monday’s all-important squad announcement, a number of small groups have formed within the Ireland camp.

After the uncertainty of recent weeks, Best and his team-mates are a lot more at ease in advance of the September 22 opener against Scotland, with the Banbridge clubman saying: “It’s funny how taking the nine players out of it, there is so much more room. You can get into your smaller groups a lot easier.

“Ultimately, you know now, barring injuries, this is the 31 players that are going to take us the World Cup. With that, you get a bit of confidence, you get an extra spring in your step among the players.

“I think it’s a great time to be around the squad, because you don’t feel that sword is hanging over your head anymore. You know that you’re in and you can just roll up your sleeves and get on with trying to produce the best that we can this Saturday afternoon and letting that lead into two weeks on Sunday.”

In a light of a humbling defeat to England at Twickenham, the effectiveness of the Irish lineout came under intense scrutiny. Following a cameo role off the bench during last week’s away win over the Welsh, Best is restored to the scrum alongside a host of familiar faces. 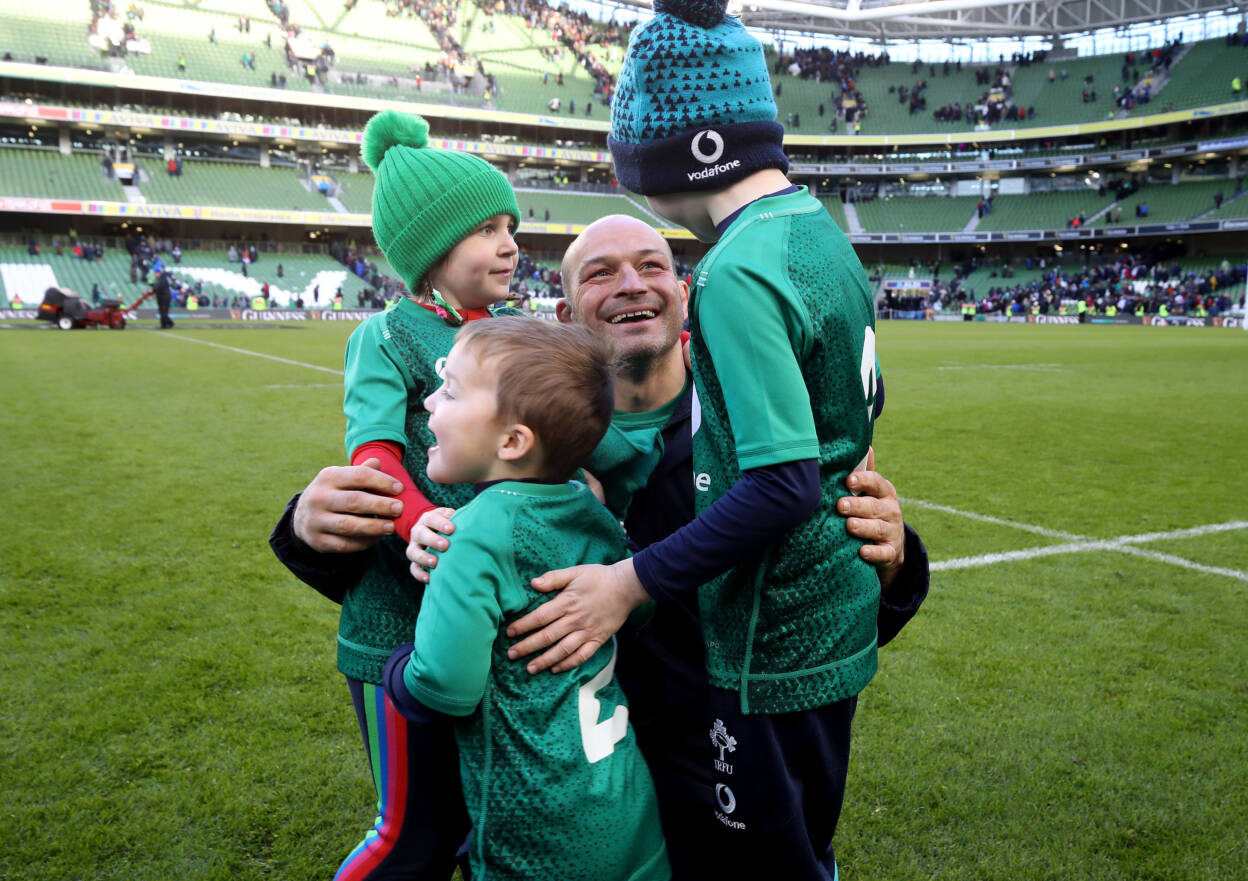 Given it is an area that is so pivotal to the way Ireland play, Best accepts the quality of the lineout needs to be at a high standard from the word go this weekend against the Grand Slam champions.

“I think it’s about getting different people used to each other. I think ultimately, the lineout is a game of confidence. If you can get the first couple in and won and away, then everyone breathes a sigh of relief. I think whenever you lose a couple, everyone gets nervous, not just the hooker but right down the line. That isn’t where you want to be. It’s a reflection of the game.

“I think if you play with the ball in hand and somebody knocks a couple on then the whole team automatically gets a little bit nervous. That’s only natural. For this weekend, it’s important for us to get a good run, to get those first couple of lineout wins. Ultimately, if it doesn’t go that way, we can’t let it affect the rest of our game the way we did against England.”

While another win over Wales holds its own importance, it would serve the greater interest of a solid start to their World Cup campaign in East Asia. No matter the result, Scotland will quickly become the Irish squad’s primary focus by the end of the weekend. Best continued:

“We know we’re never as good as people say we are, and the flip side is we know we’re never as bad as people say we are. We’ve got to always try to get better and I think certainly we were more disappointed than anyone after the England game. I know a lot was written, but I can tell you the biggest disappointment was within the team room at Carton House.

“We just made sure that we got a few things addressed, that we probably felt weren’t going the way that we wanted to. Give ourselves something that we can hang our hat on. We’ll see over this Saturday past, this Saturday and into the World Cup, whether we really take ownership of that.”