Ireland head coach Joe Schmidt believes his side are in ‘a better place’ as they prepare to take on on Grand Slam champions Wales at the Principality Stadium in Cardiff on Saturday (kick-off 2.30pm).

Following last weekend’s heavy defeat to England, just four players are retained in the starting XV for Ireland’s third Rugby World Cup warm-up match. This is in stark contrast to their last visit to the Welsh capital when the vast majority of the side that saw off France was kept in place for the Six Nations final round clash.

After announcing the team to play at today’s press conference in Carton House, Schmidt remarked: “I have seen it lift, I do believe we’re in a better place to actually play rugby now, rather than prepare to play rugby. I think there will be evidence of that, but the confirmation of that doesn’t come until we get through to the final whistle on Saturday and we see how players have performed.

“I think the Wales game in March was a six-day turnaround and it was fairly manic that week, just trying to get ourselves organised and recovered from the French game. This time we’ve had a bit more time and it’s a very different team so they’re not recovering so much from Saturday, other than probably mentally for the few of them who are backing up.

“We’ve trained well this morning and that gives us a little bit of confidence that we’ll very much be a step ahead of where we were last week (against England).”

While acknowledging there is a certain fluidity to the way matchday squads are being selected at the moment, Schmidt insisted he always intended to make wholesale changes for the first of these back-to-back encounters with Warren Gatland’s men.

“It was always the plan. We’ve got to try and best prepare our 31. Whichever player then makes the 31, to have had a bit of game-time and have a bit of rhythm. You saw what it was like when a team has had a couple of games and a team hasn’t played (last week).

“You’re not suddenly at top speed, you need a bit of a hit-out, maybe two hit-outs before you’re up to speed. For us, it’s probably the forwards, the bigger guys, that need to have a few runs under their belt.

“Some of our backs played pretty well first up and that gives us a little bit of comfort around the likes of Johnny (Sexton), Robbie (Henshaw) and Keith Earls, who are all highly likely to play next week (against Wales at the Aviva Stadium), but not this week.”

Having initially missed out on the 44-strong squad that was named at the end of May, Will Addison was called up after successfully recovering from the back injury that curtailed the second half of his debut season at Ulster.

He will be aiming to press his claims for a World Cup place with a solid performance at full-back on Saturday. Schmidt acknowledged: “It’s his first run-out in a long time. He didn’t play the back-end of the season, so for Will it’s a really important opportunity. He has to hit the ground running.

“He has trained really well this week, so we’d be very hopeful he can slot in very quickly. He’s stepped in at very late notice against Argentina last year to play 13 and did a really good job for us. That’s the sort of flexibility he offers.

“He’s a very capable kicker of the ball, including goal-kicking, so he becomes that jack of all trades that we may well need (in the squad). He is a jack of all trades, but he’s a master of a few as well. We would love to see him put his best foot forward on Saturday.”

In addition to being an option at full-back and outside centre, Schmidt also confirmed that Addison and Garry Ringrose – named on the replacements bench – could well slot in for Jack Carty, who starts at number 10, during Saturday’s game in Cardiff.

“As regards the out-half cover, we’ve got a couple of guys. Will is one of them. Garry Ringrose is the other. Garry has played a bit of out-half as a schoolboy. He has a temperament and a skill base that would allow him to fit in there.”

On the aforementioned Carty, Schmidt is hoping the Connacht star can replicate the form he has shown at the team’s training base at Carton House, while also building on his encouraging cameo appearance against Wales at the end of last season’s Six Nations.

Just (looking for) what he (Carty) has provided at training, what he provided when he came on at the Principality Stadium in the last few minutes. I thought he was self-assured. I thought he was accurate. He did a fantastic grubber across for Jacob (Stockdale) to pick up and almost score, and it built to the try that we did get. I would like to see that.

“He came off the bench and two of the tackles he made were outstanding. He got off the line and chopped the player very quickly. Those are the elements we’d love to see. He’s obviously got a pretty accomplished kicking game and he has to meld all those things into the performance he has to put out there himself.

“Also, he has to bring other players into the game. He is a conduit for so much of what happens because so much of the game flows through the ten. It is a massive task for Jack, but we’re really looking forward to seeing how he goes.” 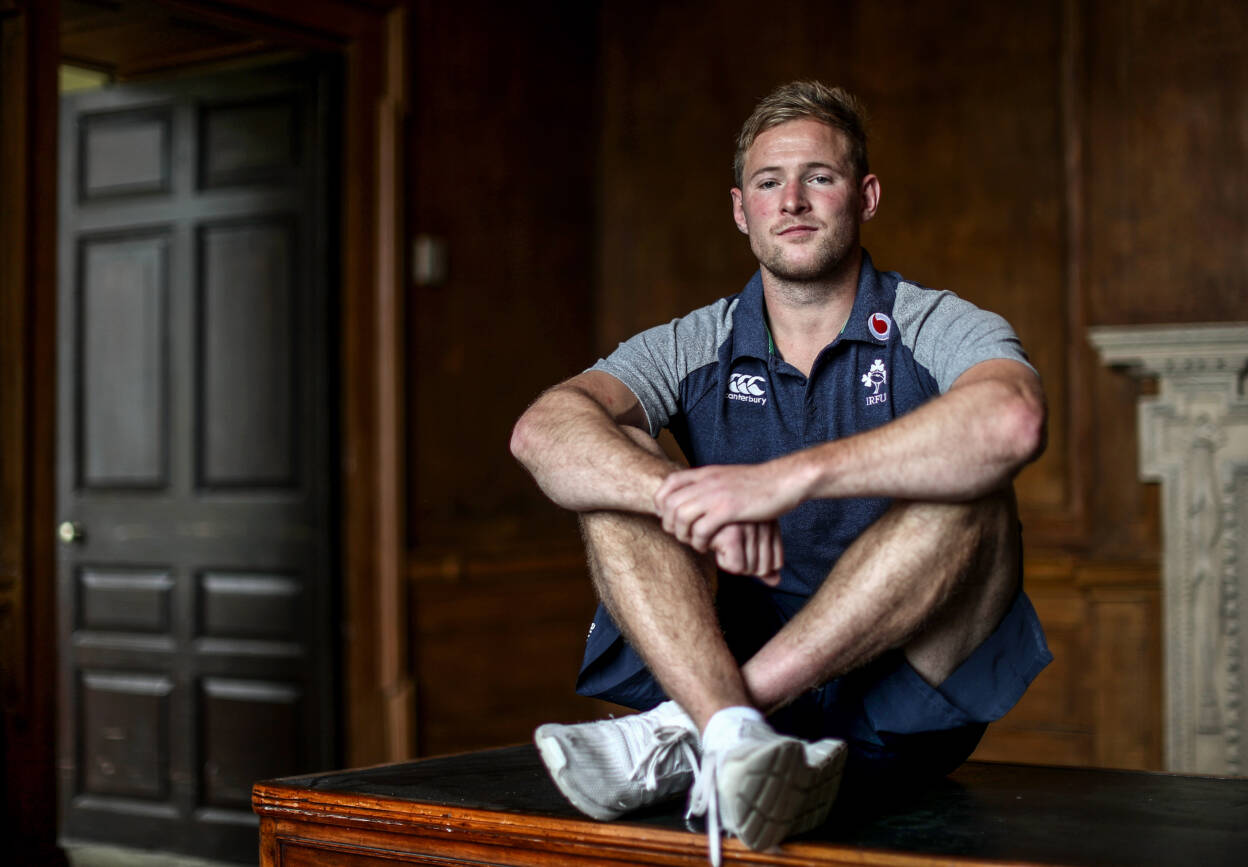 For his first international start, the Athlone man will feature alongside his provincial colleague Kieran Marmion at half-back on Saturday afternoon. They will form an all-Connacht 9-10-12 axis with Bundee Aki remaining at inside centre.

Marmion has become a mainstay in Schmidt’s squads in recent years, but needs no reminding of how crucial this game will be when it comes to deciding the final seats on the plane to Japan.

“I think as players we know how important this game ahead of us is. We know we have to hit the ground running and perform,” explained Marmion, the 26-times capped scrum half.

“I think training this week, we’ve been focusing on making sure we can put our best foot forward and try to make sure we fit into the systems and play as well as we can, so we can put our hands up for selection.”