Towering lock James Ryan has insisted that the Ireland squad is in good spirits ahead of their Rugby World Cup warm-up encounter with Wales at the Principality Stadium on Saturday.

Following a heavy defeat to England at Twickenham, Joe Schmidt’s men will need to knuckle down quickly for their third hit-out in advance of a crucial World Cup pool opener with Scotland at Yokohama on Saturday, September 22.

Seven days before Schmidt takes charge of Ireland for the final time as head coach on home soil, his fellow New Zealander Warren Gatland will do the same with his Wales side in Cardiff this weekend.

While acknowledging that the 57-15 loss in London last Saturday was difficult for all the players involved (Ryan sat out the game as Iain Henderson and Jean Kleyn were paired together in the second row), the Leinster star says they will channel their frustration into their latest duel with Grand Slam champions Wales.

“I don’t think the squad is broken, certainly not today,” said Ryan. “I wasn’t playing, but it was one of the toughest games I had to watch. The lads came in Sunday and they were certainly quite low. Today and yesterday has been about learning from what went wrong, and we’re obviously a bit low from that.

“It’s important that we channel that emotion in the right direction. It’s great for the guys that are picked and have the opportunity to play this week, that there’s an opportunity to do that. Wales certainly will be very motivated. It is Warren Gatland’s last home game.

“They’re a very passionate country. We’ve got to make sure that we bring our own emotion this week and hopefully bring a bit of the hurt from the weekend. Channel that in the right way.”

Two aspects that contributed to Ireland’s downfall in Twickenham was their below-par tackle rate and an under-performing line-out. Ryan readily accepted the side failed to reach the required standards in these areas last Saturday and that they are key areas for improvement in the first of two Tests against Wales.

“Defensively, as Joe probably pointed out (in the press conference), we missed 34 tackles. We missed a lot in the first half. That’s an easy fix if we’ve got the right mindset. Then obviously with the lineout, it has been a strength for us in the past. Definitely (it) wasn’t on the weekend.

“From a forward perspective, a big focus this week has been on getting that right. It’s never down to one person. Sometimes what looks like an overthrow, when you look much closer, it’s because the lift isn’t right or the movement isn’t what it needs to be or has been that week. It’s our process right across the board in that regard. It has been a big focus this week on sharpening that up.” 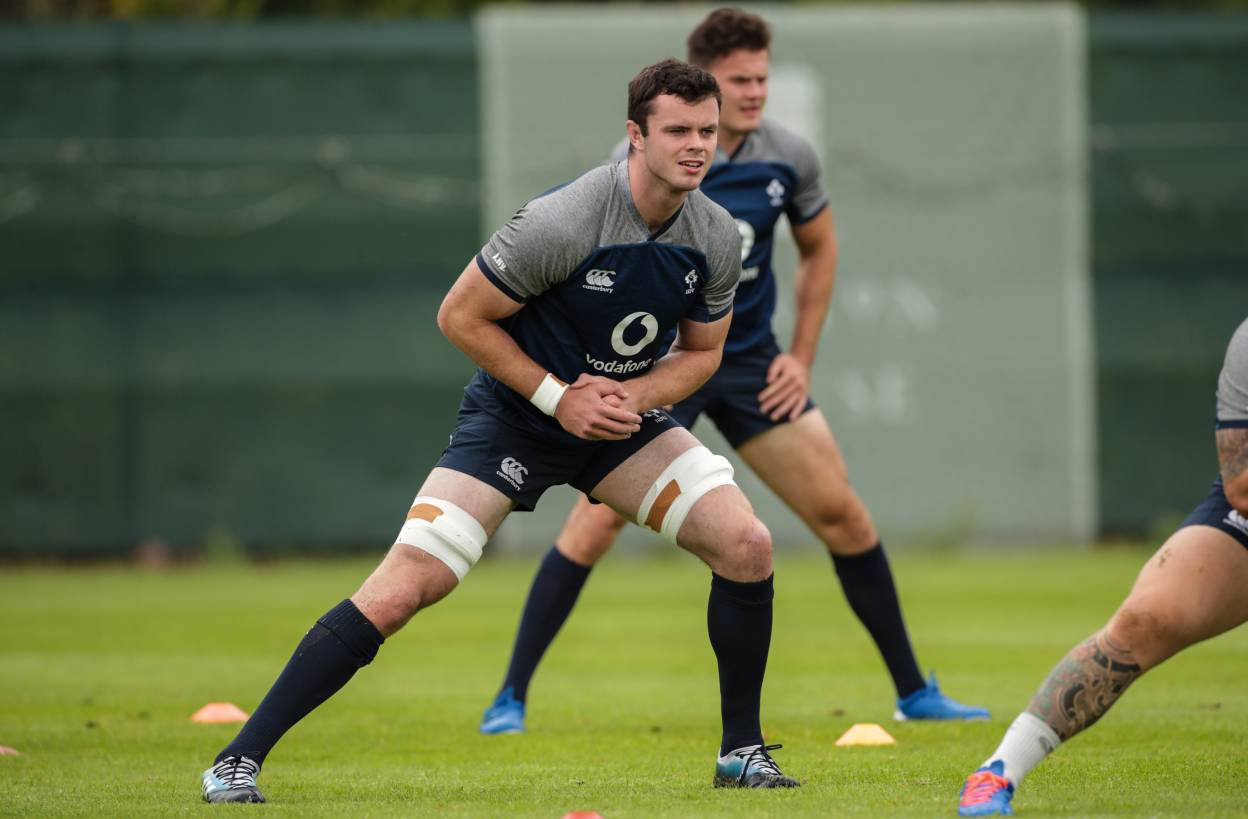 In contrast to just one loss in twelve games across the 2018 campaign, this year has seen Ireland lose three of their seven games so far, including book-ending the Six Nations with reversals to England and Wales. For Ryan there has been a familiar pattern in all three Tests.

“Looking at the three defeats, there’s a pretty consistent pattern in what went wrong. In all three defeats, we conceded too many points, so defensively we need to be sharper. Too many missed tackles. We need to work quicker, smarter. The lineout as well.

“We look at England in the Six Nations game (in February), they were that bit quicker than us. They were getting set quicker, we were a jump behind at the weekend (in Twickenham). I think it’s pretty similar. Technically there’s definitely consistencies there.”

As the team’s focus switches to Cardiff and taking on Wales, the 23-year-old Dubliner sees the need for calm heads as they look to rediscover the excellent form they produced during the early stages of his international career.

I don’t think there’s an overriding sense of panic from us. You don’t become a bad team overnight. Yeah, we’ve had a few losses now but we’ve had plenty of good days. The big thing for us now is really learning from that, genuinely learning from what went wrong.

“Putting the right foot forward because it’s a great opportunity this week to hopefully get us on the right foot again. There’s no better place to do it than in the Principality Stadium so we’re already excited.”

As he looked at how they can hurt Wales on their home patch, Ryan reiterated how important it will be for Ireland to fine-tune the technical aspects of their play. That is one of the big messages Schmidt and his coaches have been trying to deliver to the squad in the past few days.

“It’s a combination of things. It’s what we need to be better at technically. The lineout, defensively, our attack can be better definitely. So it’s all those technical bits we’ve looked at fixing today and yesterday. Then it’s making sure that we’re absolutely ready to go this week in terms of emotionally, because maybe we weren’t ready to go last weekend.

“With the games, as tough as they are at this level, if you’re even five or 10% off, it can hurt you massively. For us this week it’s making sure that mentally we’re primed,” he added.