Ireland head coach Joe Schmidt delivered a positive outlook on the fitness of Conor Murray, Cian Healy and Jonathan Sexton as the experienced trio look to get themselves in tip-top shape for the start of the Rugby World Cup.

Despite being replaced in last weekend’s warm-up defeat to England at Twickenham, after undergoing a head injury assessment, scrum half Murray took a full part in training on Tuesday morning.

Similarly, Sexton, the regular half-back partner of the Limerick man in the Ireland team, is working his way back from a couple of recent issues and could be in the frame for this Saturday’s trip to face Wales at the Principality Stadium in Cardiff.

Additionally, Schmidt also allayed fears over Healy’s participation at the World Cup. An ankle problem is set to rule out the Leinster prop on Saturday, but he may feature in the teams’ reverse fixture at the Aviva Stadium on Saturday week (September 7).

“Conor trained fully this morning and did all that was required of him,” explained Schmidt. “Our initial plan for Conor was to only play two games before we go. Last weekend and potentially the final game of the lead-in. We will make a decision on that.

“He did cop an elbow to the side of the face as he came across and dropped into the tackle, just as Jonny May’s elbow came up. Those sorta things happen. He bounced up and was fine and trained fine today. Johnny got put back a bit with that thumb injury and then was trying to catch up a little bit. Just got a little bit stiff and sore. He is very keen to be involved this weekend, but we are not going to be silly about that.

“If we don’t think he is 100% and ready then he won’t be involved this weekend. Cian, he is bullish. Cian was involved in the first game and the second game. He probably wasn’t on the radar for this game anyway. We are probably just going to stick with that plan. He is unlikely to play this Saturday and will play the Saturday after. I would be gobsmacked if he is not available for that.” 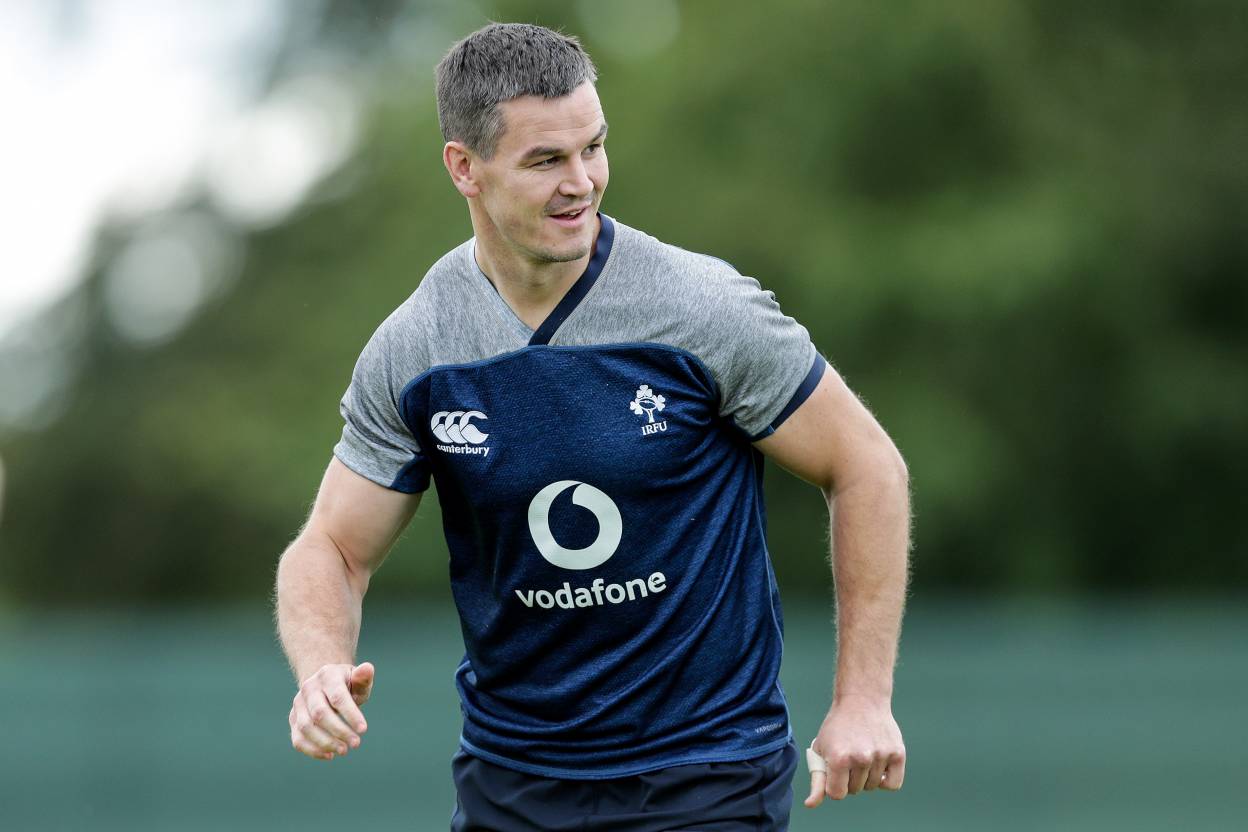 However, Schmidt revealed that Keith Earls is set to miss out on selection for this week’s game. While the Munster winger is in line for an imminent return ahead of the World Cup pool opener with Scotland on Sunday, September 22, Schmidt admitted it is a big frustration for him not to be involved.

“He looked super sharp. He got a little bit, I suppose you’d call it tendonitis in the knee, just above it. It’s just niggling away more than anything else. We have tried to get any inflammation out of that by not pushing him. He’s a player who we know plays really well fresh.

“It is about playing the long game with Keith and making sure that he is 100% ready to go. I know that he will be ready for the weekend after this one. I doubt whether he will be involved this weekend.”

In the aftermath of the 57-15 loss to England, Schmidt made no attempt to hide his disappointment with Ireland’s poor performance. A few days on, having now reviewed the game in meticulous detail, he has a clearer picture of what went wrong for them on the day – and what they may be able to fix on Saturday in Cardiff.

“We did try and have a very rigorous pre-season and the pre-season really ran up until the Portugal camp. We tried to taper a little bit towards the end of the week but, really, we looked flat, we looked slow. We were inaccurate and didn’t adjust when we could see where we were getting trouble.

“We didn’t adjust and take some of the easier options that presented themselves, particularly to retain the ball or win the ball and then retain it. To throw everything out would be a mistake.

“We’ve got a count of 37 missed tackles. For us to be below 80% in a tackle count when we’re looking for 90% plus, we know we can’t afford to offer a team the size, the skill and experience of England that amount of latitude. We gave them way too much latitude.” 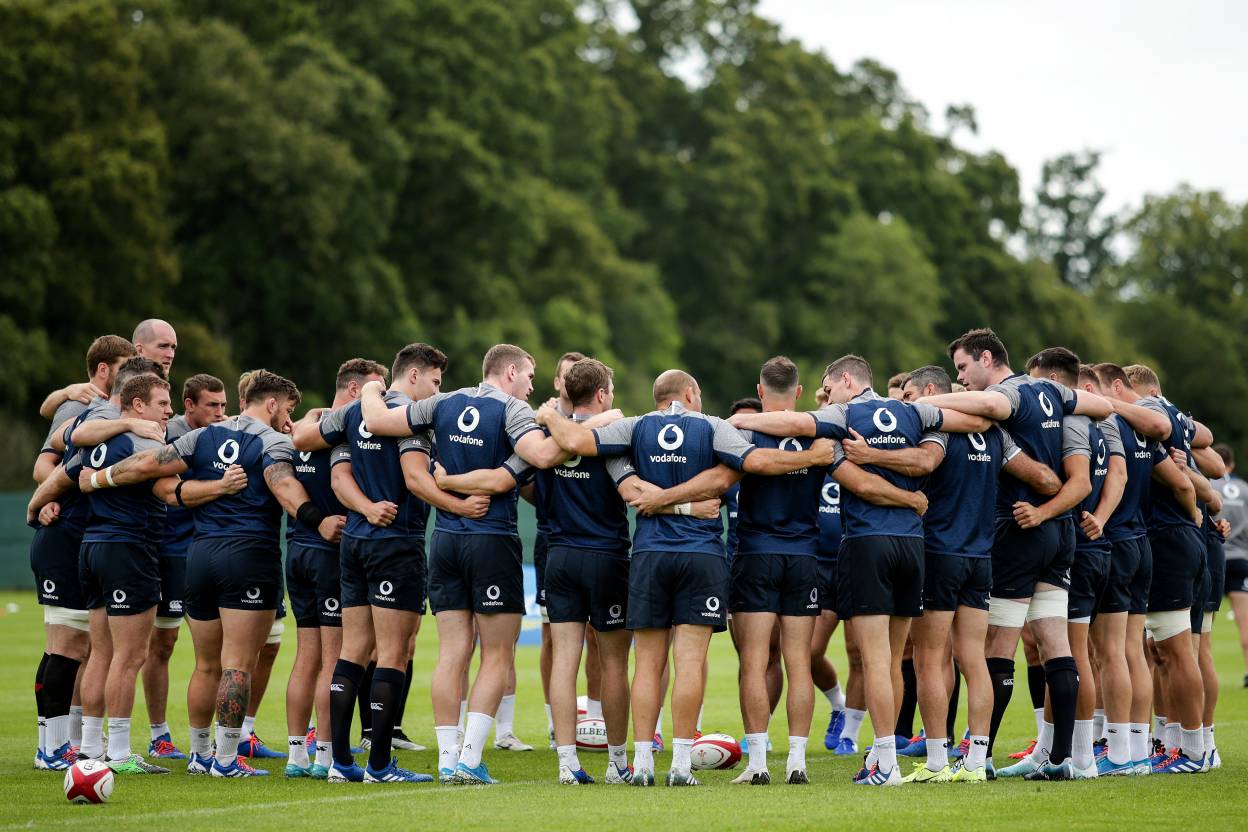 For those that make the matchday 23 on Saturday, there will be no lack of motivation. Given that the 31-man squad for the World Cup needs to be finalised at the beginning of next week, it is the last realistic chance for players to force the hand of Schmidt and his coaches.

That selection process will be completed on Sunday and the New Zealander acknowledged that Ireland’s third warm-up game can still have a major bearing on the overall make-up of the squad that travels to Japan.

“We need to see how much more competitive we can be in the space of a week. And there will be a number of changes for this coming weekend. We are still in, what we would determine as a building phase. A clarification phase for selection and once this weekend is over, effectively selections are done.

“Sunday will be a day of sitting down and making sure we can get the selection as well-balanced as we can make it to get the right people to springboard into that final game against Wales and then onto the World Cup,” he added.