Rhys Ruddock, who first captained Ireland against the USA in June 2017, will lead the team for the seventh time this weekend ©INPHO/Dan Sheridan

Defence coach Andy Farrell says the Ireland squad are focused on building cohesion and momentum when they kick off the GUINNESS Summer Series against Italy at the Aviva Stadium tomorrow (kick-off 2pm).

This will be the first of four warm-up games for Joe Schmidt’s men en route to the Rugby World Cup, with a subsequent away clash with England followed by back-to-back matches against Wales, this year’s Six Nations Grand Slam champions.

Ireland were last in competitive action against the Welsh in mid-March 16, and while not necessarily expecting them to immediately recapture the form that secured a Grand Slam of their own last year, Farrell believes the GUINNESS Series offers them the perfect platform to build as a group.

“That is the test. It’s a big game for a lot of people this weekend,” he said. “It is a Test match, the first one of the season, which is unusual for the guys. Cohesion is the word we’ve been looking for all week. Having said all that, the plan’s there. The strategy is there, but they’ve got to play the game as it happens.

“It’s not going to be perfect. No game is perfect, especially the first one of the season. But can we stick to a plan, can we adapt on the run? Can we see the game for what it is? That’s all part of the process. We have to see if we can get better as a group, that’s what we’re after. The whole point of the Summer Series for us is to make sure that we learn along the way.

“Whether that’s from a really good performance or a performance that needs addressing. Is the result important? Course it is. Because we’d like momentum, but it’s not the be-all and end-all. The important thing for us is to make sure that we’re ready when we get on the plane. That we’re brimming, that we’re confident, and that we’re refreshed and ready to go forward for the World Cup.” 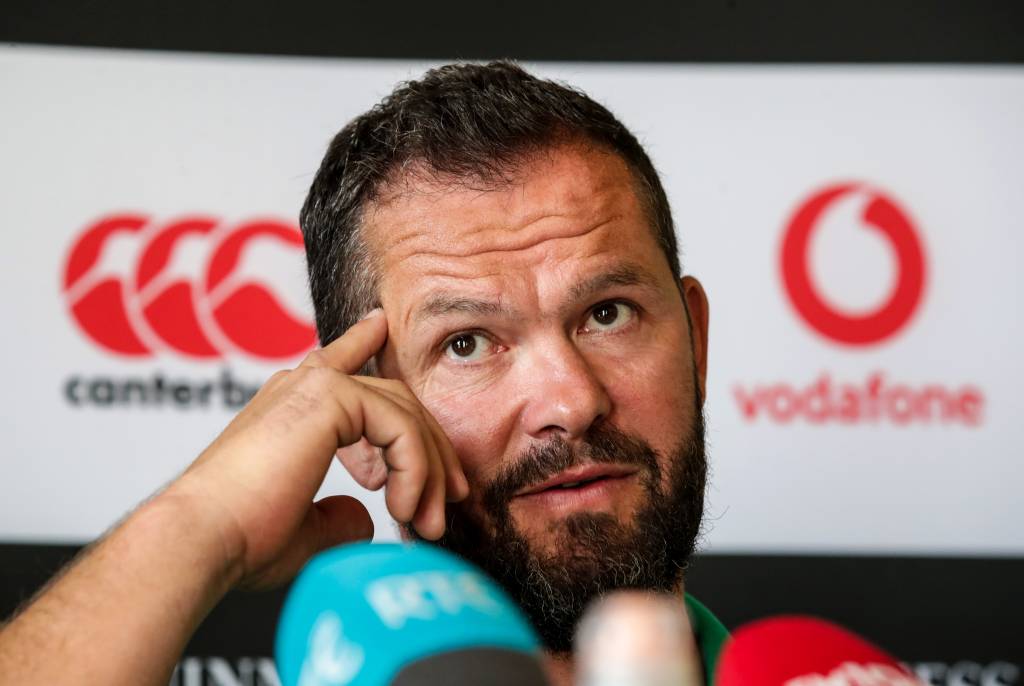 With just 31 squad places available for the World Cup, Saturday’s game is an ideal opportunity for a number of players to press their claims. Munster duo Jean Kleyn and Mike Haley are set to make their international debuts, while Chris Farrell, Rob Herring, Tadhg Beirne and Jack Carty will also be aiming to impress the coaches for the weeks and months ahead.

Nevertheless, given how hard each player worked to get themselves into the training squad in the first instance, the incoming Ireland head coach does not feel they should view this weekend as a last chance saloon on the road to Japan.

“Is it in the back of the individuals’ minds? I’m sure it is. First and foremost, there’s been 45 that started (in the training camp), we’re down to 43. Everyone’s acquitted themselves unbelievably well and the cohesion in the group, when you know there’s competition, has been absolutely phenomenal.

“But they’re in these positions taking the field because they are competitors. We’ll see how they manage being part of a team and being able to bring their competitive edge as well,” insisted Farrell.

Alongside the Wigan native for the team announcement press conference in Carton House was Leinster back rower Rhys Ruddock, who has been chosen to captain Ireland for the seventh time. He is looking forward to getting some minutes under his belt after an intensive bout of training in the last few weeks.

“It’s obviously a really exciting one, because we’re the guys who get to represent the group,” he admitted. “Put on the field the performance that justifies all the hard work that’s been going in. It has been a long pre-season of a lot of hard work and we’re the lucky ones to go out and show exactly how well prepared we are on the back of it.

“Everyone is excited and that’s been the message – ‘get excited to lay down a marker for the whole group’. What we’re about and why we’ve been working so hard over the last couple of weeks.”

Joining Ruddock in the Irish pack this weekend will be the aforementioned Kleyn, who partners Devin Toner in the second row. Kleyn’s consistent form in the red of Munster has marked him out as a force to be reckoned with, and Ruddock feels the Test newcomer is more than capable of making the step up to the international game.

“(Jean’s) a really big addition to the group. Obviously we haven’t done too much live contact, but you can see as a forward, working in the mauls, the physicality that he’ll bring. We’re looking forward to seeing that this weekend.

“Also, like Faz has said, he’s really acquitted himself really well and fitted into the group pretty seamlessly and quickly. Great addition and we’re looking forward to seeing him put on the jersey and performing on the weekend.”