Ireland winger Andrew Conway has heaped praise on his Munster team-mates, Jean Kleyn and Mike Haley, ahead of their respective international debuts against Italy at the Aviva Stadium on Saturday afternoon (kick-off 2pm).

Kleyn has been selected in the second row alongside the vastly-experienced Devin Toner, while fellow international newcomer Haley is named amongst the replacements and is expected to see game-time in the opening fixture of Ireland’s GUINNESS Summer Series.

Kleyn has grown in prominence since his arrival in Limerick three years ago and Conway believes his physicality can add an extra flavour to Ireland’s forward play in the build-up to the Rugby World Cup.

“I’d say he’s mad for a game in green,” agreed Conway, speaking at the team base in Carton House. “After the game there will be celebrations about his first cap, but before it’s just business really. Getting your first cap is a huge deal, so it will be massively celebrated afterwards.

“He’s probably a different type of player than most in the country, in that he just loves contact. He loves hitting rucks and hitting people. He’s definitely driven the standard up at Munster. Hopefully he can have something similar here, with the impact he can have in collisions.”

Haley is a more recent addition to the Munster set-up, having just completed his first full season with the province after a five-year stint at English Premiership outfit Sale Sharks. Given their close proximity on the field of play – Haley is a specialist full-back and Conway offers cover across the back-three – the speedy Dubliner is ideally placed to offer an assessment of the 25-year-old new cap.

“We’d always slag him for being English, but his granny’s from Tralee so he qualifies through that. He’s got a young kid and his girlfriend is over. So hopefully he gets on the pitch and we can celebrate after.”

Conway was forced to bide his time before emerging on the international scene, but has now accumulated 12 caps since making his debut as a half-time replacement in a character-building Six Nations triumph over England in March 2017.

He is one of several players to gain exposure in the four years that followed Ireland’s last World Cup appearance, which ended in a disappointing quarter-final defeat to Argentina. A hat-trick of tries against the USA last November signposted his potential in the green jersey, and another impressive display on the right wing against the Azzurri tomorrow could propel him into the final squad of 31 for the tournament.

However, rather than worrying about what it might mean in a wider context, Conway is focused on what a good performance can do for the team over the course of 80 minutes this weekend.

“It hasn’t really entered my mind. You’re thinking of the performance you want to put in. If you put in the performance you want, then it won’t be my last shot. That’s the mindset I prefer to go with and that I train my mind to. The mental practice I’m doing to make sure that’s the subconscious and the conscious thoughts I’m working with. That hasn’t entered my mind.

“The message coming from the group, and you know from being in this environment for a while, putting the team first will make the individual look good. Making the guy next to you look good will benefit the team. That’s always been the vibe in here. We try to make guys look good. If I’m chasing a box-kick, I’ll make the kicker look good if I catch it and vice-versa.” 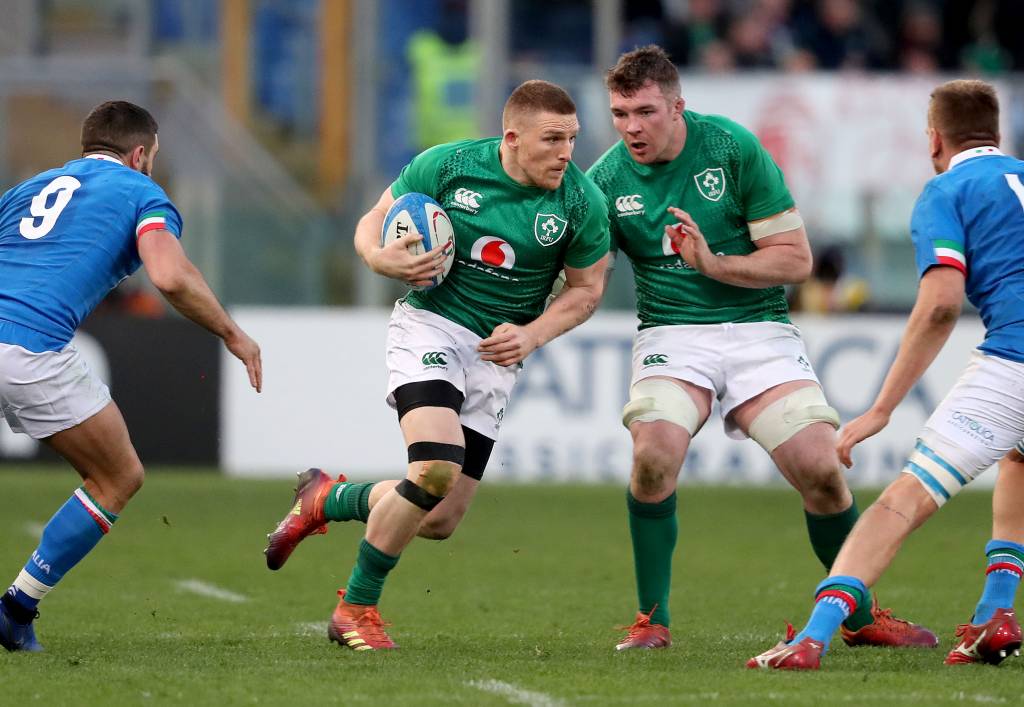 Prior to joining the Ireland management team, Andy Farrell had a four-month advisory role with Munster. It was there Conway first gained an insight into the methods of the Wigan man, who will assume head coach duties from Joe Schmidt after the World Cup in Japan.

In the brief absence of the New Zealander this week, Farrell has overseen training and the squad’s general preparations. While Conway acknowledges the former rugby league star is a serious operator, he also revealed that there is a lighter side to his character.

“He’s an intimidating man, but he’s an unbelievably clear speaker. He gets his messages across well, but also he’s well able to have the craic and take the piss out of lads better than probably anyone. He’s got a really healthy mix of everything,” admitted Conway.

“First and foremost, you want to put in, over the last few years, the defensive effort for him. This week and when we played Italy in Chicago in November, he controls the environment really well while also having that bit of craic about him. He’s really good to work under.”