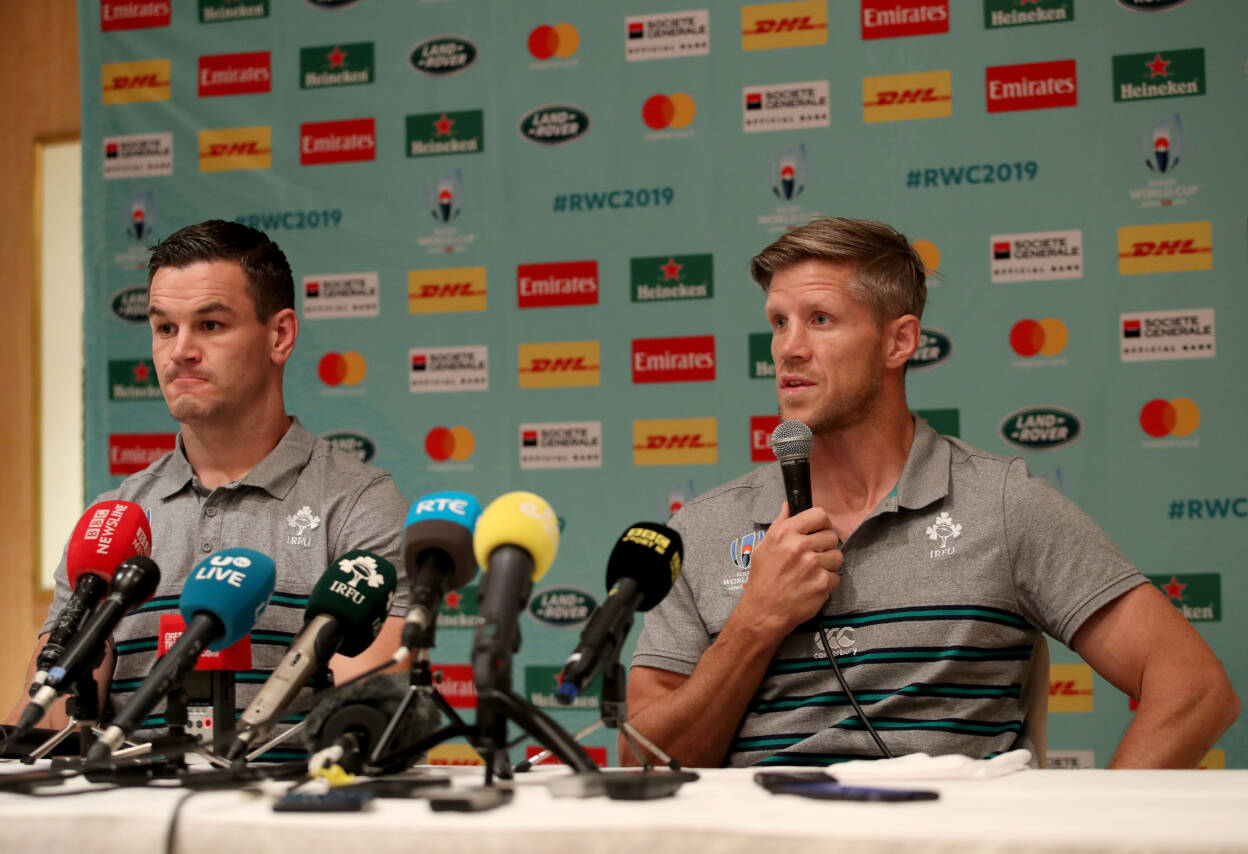 Forwards coach Simon Easterby and out-half Jonathan Sexton were on media duty today as the Ireland squad arrived in Kobe ahead of Thursday’s Pool A clash with Russia.

The injury update from Easterby was generally positive although Chris Farrell failed his head injury assessment on match day and will undergo the return-to-play protocols, ruling him out of the game against Lyn Jones’ Bears.

Rob Kearney passed HIA two and will undergo HIA three on Tuesday, while Tadhg Furlong, who was caught by a stray boot, passed his precautionary HIA one. Bundee Aki is available for selection this week and Robbie Henshaw (hamstring) is progressing well with a decision to be made tomorrow on his availability.

Sexton noted how difficult it was to be on the sidelines as Ireland went down 19-12 to Japan, saying:

It’s tough to watch when you’re not involved – whether things go well or not. But we back the squad and I didn’t train fully Monday and Tuesday last week so the decision was made. Hopefully I can pay back the squad with a good performance this week and beyond.”