Out-half Jonathan Sexton spoke to the media following the Ireland squad's arrival in Kobe, the host city for Thursday's Pool A encounter with Russia ©INPHO/Dan Sheridan

Jonathan Sexton is confident that Ireland can recover quickly from the setback of losing to Japan, knowing that a Rugby World Cup quarter-final place is still very much within their reach.

Maximum points from their final two Pool A outings against Russia and Samoa would give Joe Schmidt’s men a total of 16 points. They face Samoa in Fukuoka on Saturday, October 12, 24 hours before the pool’s final placings will be decided by the meeting of Japan and Scotland in Yokohama.

Japan currently top the table on nine points, three clear of Ireland with Samoa in third place on five. The tournament hosts could be on 14 points by the time they play Scotland whose highest possible points tally is 15. The Samoans cannot be discounted yet, particularly if they do well against the Scots today in Kobe.

Sexton admittedly found it ‘tough to watch’ from the sidelines as Ireland suffered their first defeat in eight Tests against Japan. He picked up a quad injury during the 27-3 bonus point victory over Scotland but is set to return this week against Lyn Jones’ Bears.

“It’s tough to watch when you’re not involved. Very frustrating,” said the talismanic out-half. “I was just frustrated that I wasn’t on the pitch and couldn’t help the lads out. Obviously, things didn’t go our way and you you want to have things in your control. Watching from the stand, there’s not much you can do.

“One thing about this team is that we back the squad, the 31 guys. I picked up that strain against Scotland and I wasn’t going to train Monday, Tuesday. The preparation time is so short in a six-day turnaround that the guys made a decision for me to sit this one out.

“You want to play every game, especially in a World Cup, but hopefully I can pay back the whole squad with a good performance this week and beyond.”

Thankfully for Ireland’s travelling support, the team’s powers of recovery are strong and were shown as recently as this year’s Six Nations and the World Cup warm-ups last month. Looking back over head coach Schmidt’s six-year reign, they have only lost successive matches on four separate occasions.

Sexton, who was injured the last time it happened against South Africa during the 2016 summer tour, commented: “Yeah, we have responded really well, in terms of the other setbacks. At the start of the Six Nations (this year) we turned things around. We had a really good performance against France.

“Things went bad against England (at Twickenham last month), we turned it around and beat Wales back to back. So they’re a very good team and we beat them. We started with a bang last week against Scotland, so, yeah, if we can go on a bit of a run now, a five-game winning run would be great. That would do nicely.” 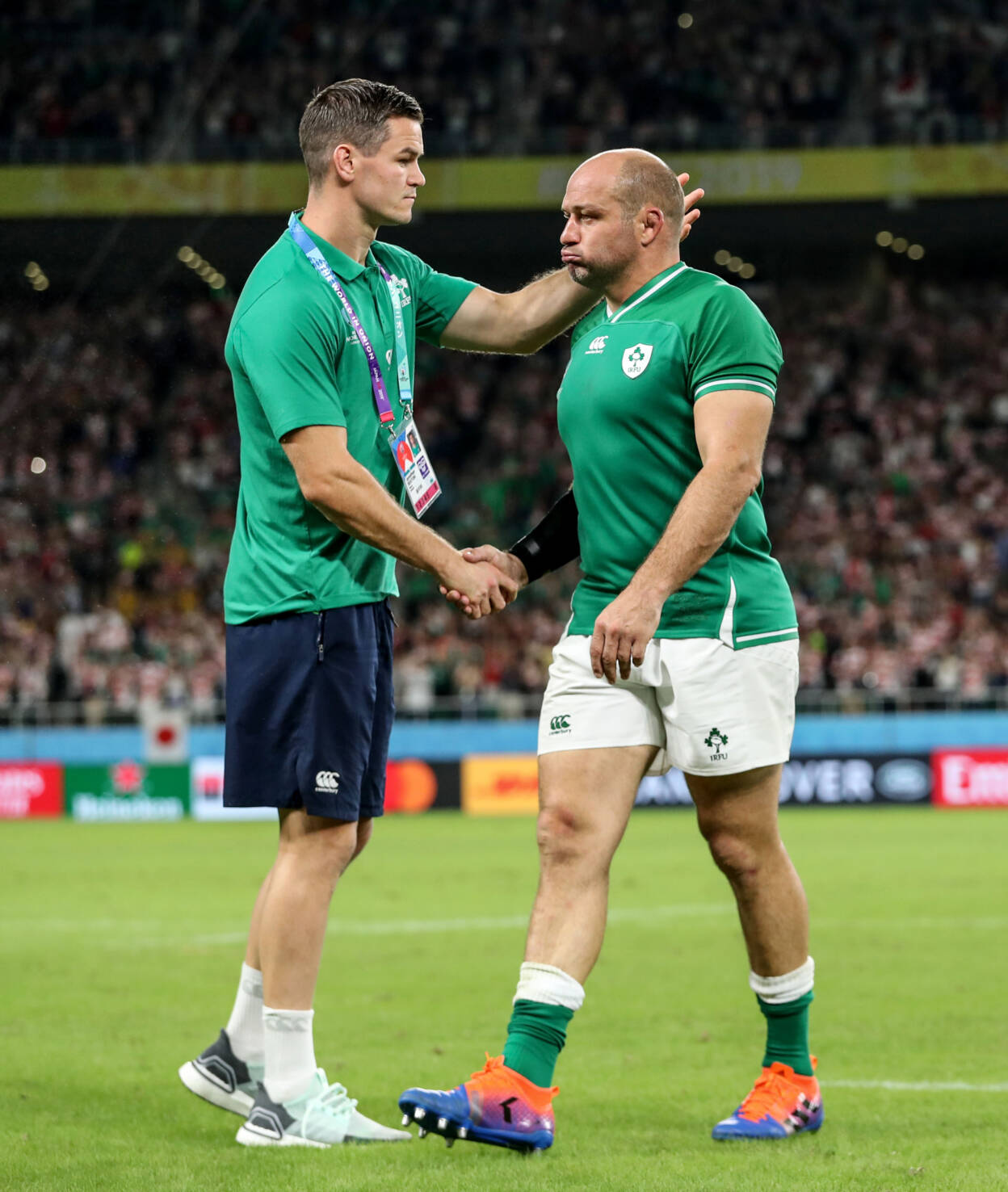 The Ireland players had a thorough viewing of the Japan game on Sunday, analysing the costly errors which saw them cough up a promising 12-3 first half lead. While acknowledging that their own discipline has to improve this week, Sexton was eager to praise Japan for the quality of the performance they produced.

“It wasn’t one thing (which went wrong for us). Discipline. Any marginal decisions, we seemed to be on the wrong side of them, which is fine. We looked at those penalties today, penalties we gave away, and we’ve got to look at ourselves and say our discipline wasn’t good enough,” insisted the 2018 World Rugby Player of the Year.

“There’s a lot of access points we gave them and discipline would be top of the list. We had them under pressure a few times and we let them out. We didn’t exit a couple of times as well as we should have.

“So there’s one or two things in each department that added up. Japan played great on the day and you’ve got to give them a lot of credit as well. I thought the boys started really well – 12-3 up and we couldn’t have asked for much more in the first 20-25 minutes. But those errors and access points just crept in.”

John Ryan and Jean Kleyn, the only forwards not used during the first two rounds, are poised to make their World Cup debuts against Russia. The newly-arrived Jordi Murphy, an injury replacement for Jack Conan (foot fracture), will also be hoping to make an impact during the remainder of the pool stages.

Chris Farrell (concussion) will definitely miss the Russia game, but fellow centre Robbie Henshaw is edging closer to a return as he continues his recovery from the hamstring injury he picked up at training two weeks ago.

Ireland forwards coach Simon Easterby explained: “Robbie ran really well yesterday but we’ll obviously have to take a view on his selection when we get back to training. But he’s doing really well – and really pleased with his progress.

“Of the injuries against Japan, Chris Farrell had a confirmed concussion so he won’t recover in time for Thursday. Rob Kearney passed his head injury assessment two, so he’s within that process. Tadhg (Furlong) came back onto the pitch, so he’s fine as well. Those were the three obvious ones from a head injury perspective.” 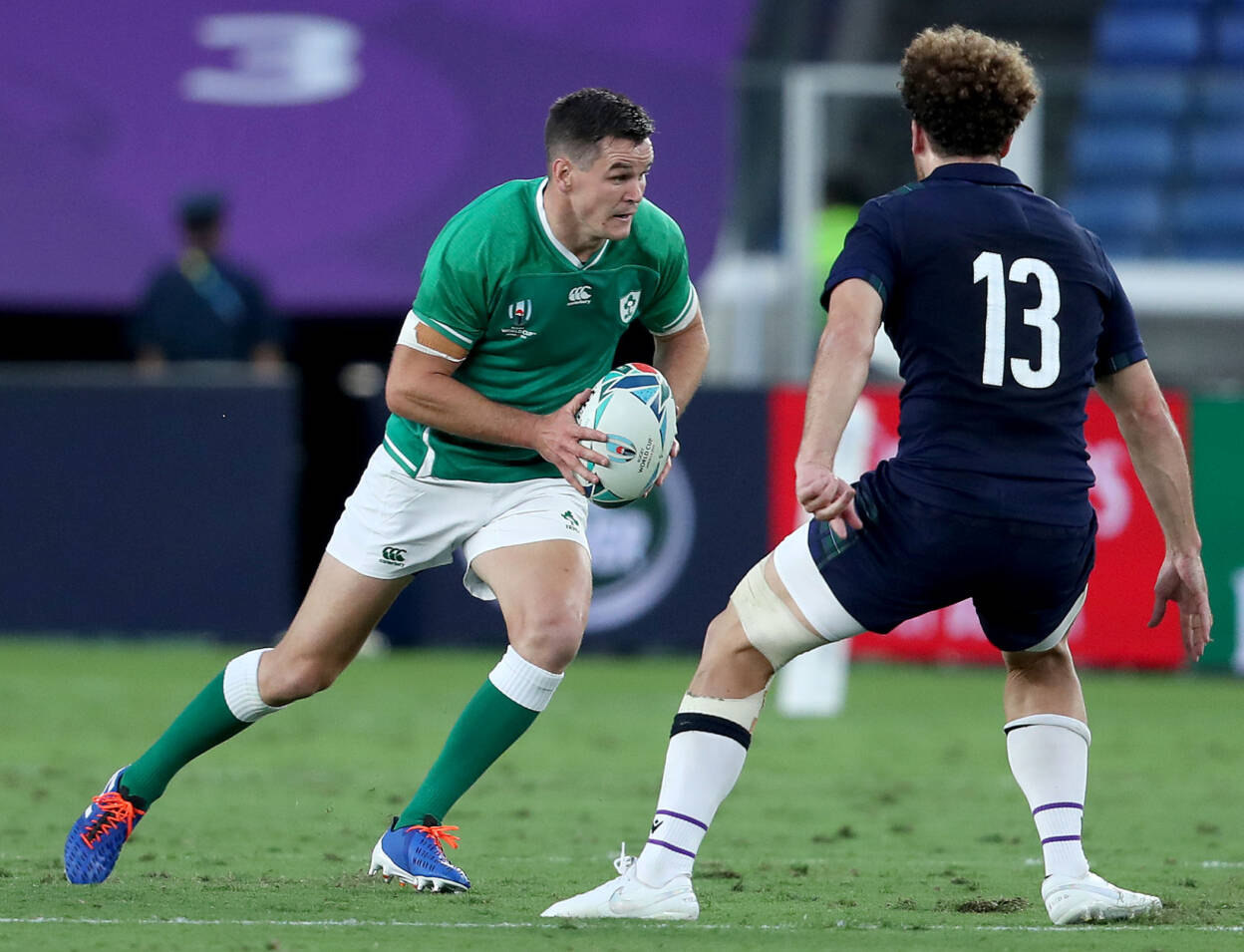 Ireland only have to look back four years to see how South Africa bounced back from their own shock World Cup loss to Japan. The Springboks won five of their next six games to eventually win bronze in London. France lost two pool matches back in 2011, including a 19-14 reversal to Tonga, before battling back to reach the final and almost topple hosts New Zealand.

The men in green cannot allow Saturday’s shock result to define this World Cup for them. Sexton is adamant that they can recapture their best form in the coming weeks, securing that quarter-final berth and playing their way back into title contention.

“I suppose the only blessing in disguise is that, in the last two World Cups that I’ve been involved in, we’ve not cruised through the group but we’ve had everything go our way in the pool stages, and then we’ve had the day that we had (yesterday) – in a quarter-final. We’d be going home today (if that was a knockout match).

“The great thing now is that we’ve got the rest of the pool to get things together. If we can win the last two games and score a number of tries we can definitely qualify for the quarter-final.

“If that’s in first or second place, that’s out of our control, so we won’t worry about that – that’s done now. So it’s up to us now to put in two big performances and hopefully put ourselves into a quarter-final. We know if we do that, then we’ve got a chance,” he added.