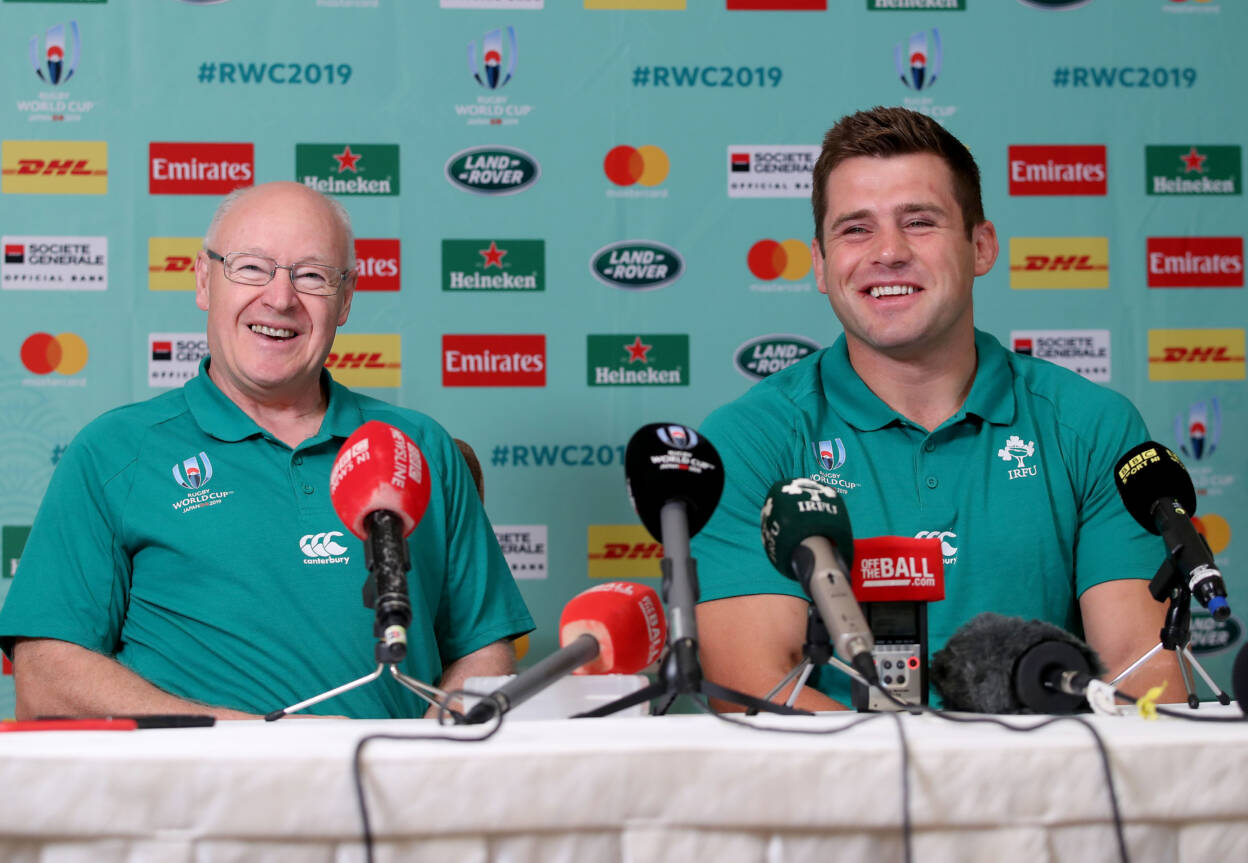 CJ Stander and team masseur Willie Bennett were up for the daily media pool in Kobe today. Both CJ and Willie stressed the need to move on from the defeat to Japan, get the recovery in and be positive about bouncing back against Russia on Thursday.

Speaking about the role that Willie and others in the backroom staff can play in helping the players, CJ said:

I thought I was positive but Willie is the most positive man. He brings a lot to the team. To have him around is really important. He looks after the team morale a lot. He works very hard with Dave Revins and all the backroom staff to help us get back on the pitch in a good frame of mind.”

The Ireland squad will train at Kobelco Steelers’ training ground tomorrow, which will be attended by some local schoolchildren. The team announcement will take place back at the team hotel at 3pm local time/7am Irish time.

Number 8 Stander is eager to get back out on the field and ensure the team bounce back strongly against the Bears, saying: “Yes, definitely (fit to play). It’s the excitement of the World Cup. This is what you want to do when you’re grown up – be part of a World Cup.

“So, yes, recovery-wise we’re being looked after really well. We’ve got training tomorrow, so we’ve got to make sure the bodies are ready. So if I’m selected, I’m good to go again.”

Ireland’s starting XV is set to be freshened up for the Russia encounter, with unused forwards John Ryan and Jean Kleyn standing by to make their World Cup debuts. There could also be immediate game-time for injury call-up Jordi Murphy, who has replaced fractured foot victim Jack Conan in the 31-man squad.

While disappointed to lose a player of Conan’s calibre to injury, Stander is backing Murphy to make his mark, adding: “Jordi always fits right in. He’s been a part of this team even before me so we’re looking forward to getting him back in. He’s going to bring good balance in our back row.

“He’s someone who understands the game, someone who will bring a lot of energy. His ball-carrying and his defence are very good so we’re looking forward to having him in there.”