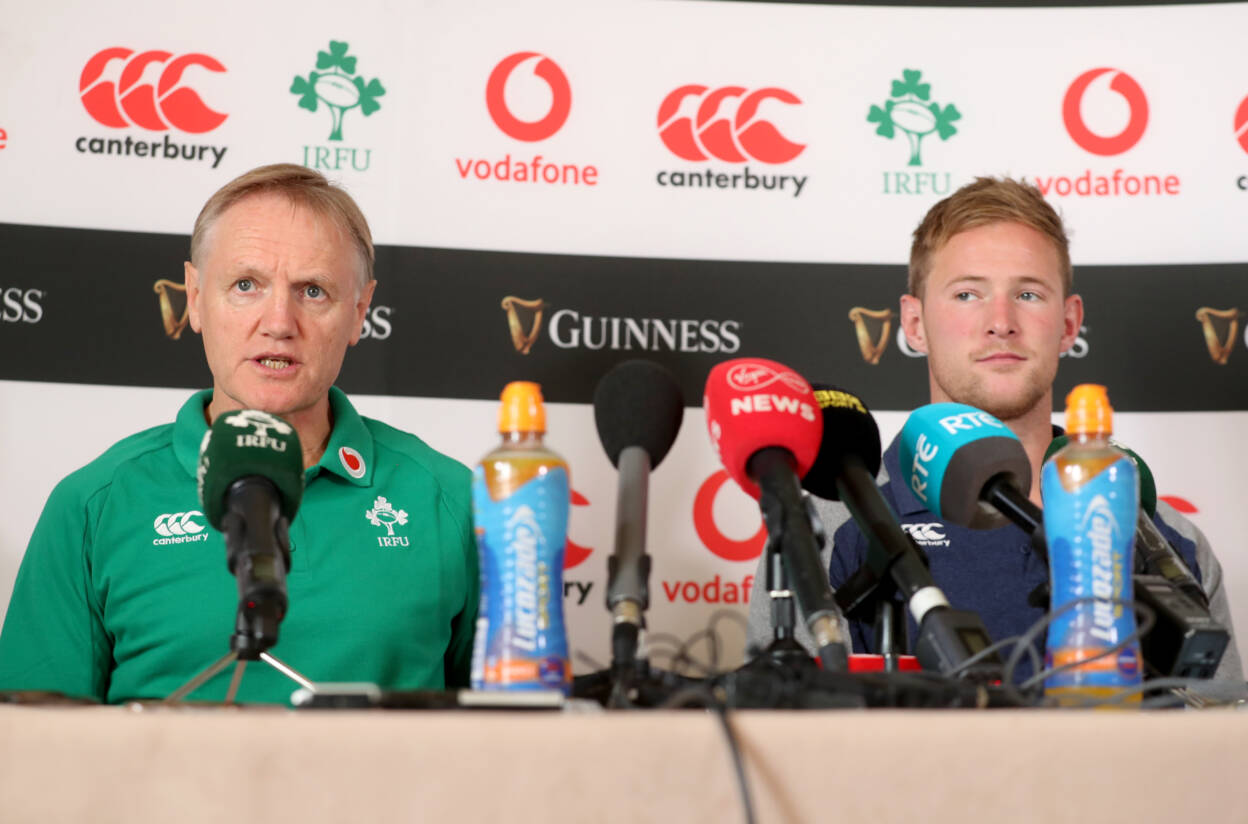 Head coach Joe Schmidt and scrum half Kieran Marmion were at the top table in Carton House for the Ireland team announcement press conference, ahead of Saturday’s clash with Wales in Cardiff (kick-off 2.30pm).

I’ve seen a lift in training. I do think we’re in a better place but the confirmation of that comes at the final whistle on Saturday and we see how we’ve performed.”

Peter O’Mahony will captain the side at the Principality Stadium this weekend, while Jack Carty will start his first game for Ireland having won his previous five caps off the bench.