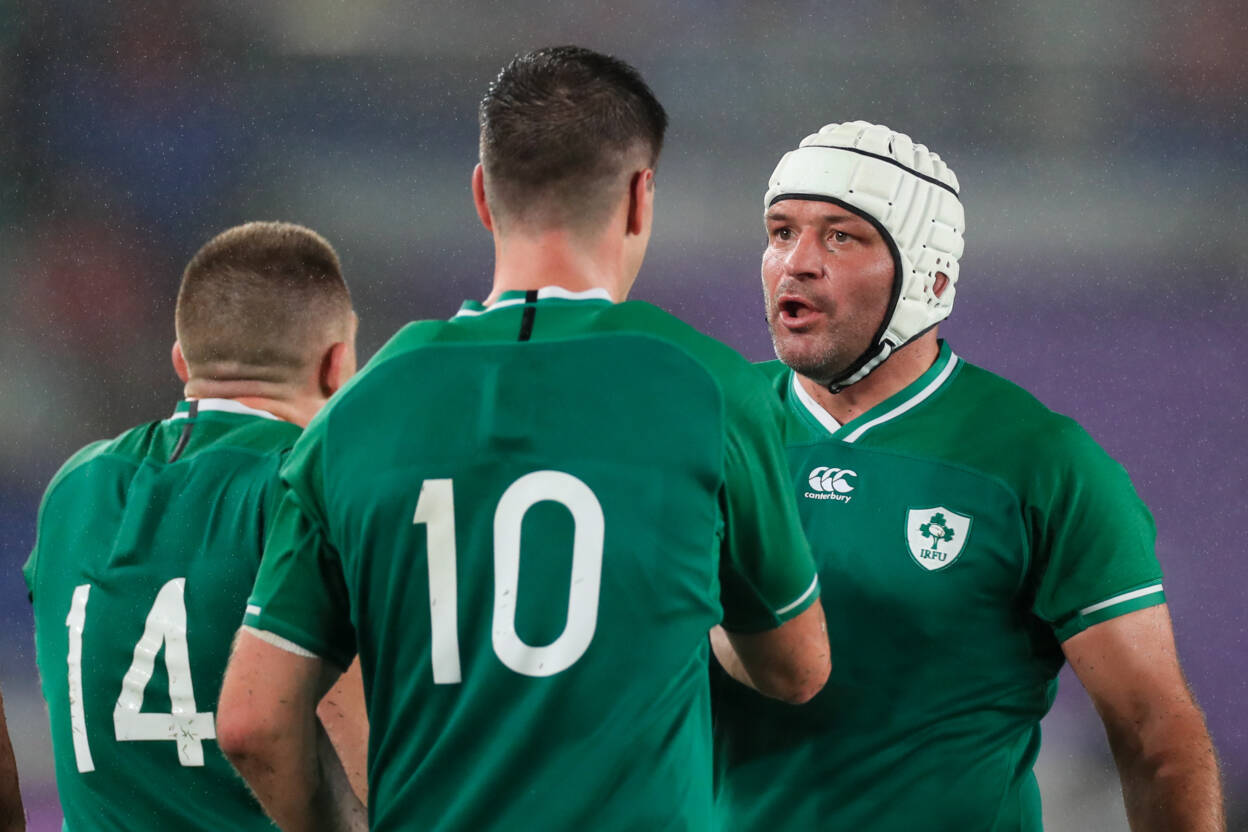 Greg Feek gave an injury update this morning in Kobe before the squad departed for Fukuoka.

Jordi will get scanned today so we’ll know the exact detail after that. We obviously knot it is the ribs. Once we get that done we’ll determine the plan. These things can settle down but we’ll find that out.

We’re going to assess Joey today and see how it goes. It was more precautionary. Rather than take a risk you’re just careful

Ireland captain Rory Best spoke about the performances to date, the atmosphere in camp and focusing on securing a quarter final.

We have a couple of days off and that’s important, it will have more of a Six Nations feel. The lads will spend time together, go on trips and inevitably talk will turn to the game just gone or a particular scrum and the things we want to work on for Samoa.  We’ll try and relax and have fun but we’ll still be thinking about the game.