Ireland may have held the upper hand when they faced England in last year’s Under-20 Six Nations, but Ben Moxham feels this has little relevance to tomorrow night’s meeting.

Having made his debut in the previous round against Wales in February 2020, the Ulster winger missed the subsequent 39-21 win over England in Northampton.

However, there has been a significant turnover of players in the 16 months that have followed the sides’ most recent encounter.

Alex Soroka and Tim Corkery are the only members of the current Ireland squad who featured that night, while Harvey Beaton, Luke Green and Tom Roebuck are the only returning players from an English perspective.

“It’s a completely different environment, a different test. There’s confidence to take from that, but we’re a new group of lads ready to go on Thursday again.”

Giving his assessment of England’s 2021 crop, he noted: “They’ve looked pretty sharp and looked pretty good, to be fair to them. They’ve taken their chances and they’ve scored some good tries.

“They’re definitely a good side. Probably the best side we’re going to face. They like to play. They like to kick and they’re physical as well.

“It’s a big test that we’re coming up against. They’ve won two games, two bonus points as well. Same as us. It’s all to play for.”

Whereas the majority of the Ireland squad were involved in rugby from a very young age, Moxham only took a shine to the sport in more recent times.

Having spent much of his youth playing football, he joined local club Larne RFC just five years ago. With four senior appearances for Ulster this season, you would be forgiven for thinking he took to rugby like a duck to water.

Yet, the reality was somewhat different as Moxham, the now-Ballymena clubman, explains:

It took a lot of hard work behind the scenes. A lot of skill sessions with one of my friends every weekend. I wasn’t too big then and it just took some time to gel and a good few years to progress to a different level.

“I played football and then that didn’t go too successfully. The only other sport that was in my town was rugby, so I thought I’d give it a crack.

“I did play occasionally for a few weekends before that. Nothing too serious, but it was really the only sport I was capable of playing.” 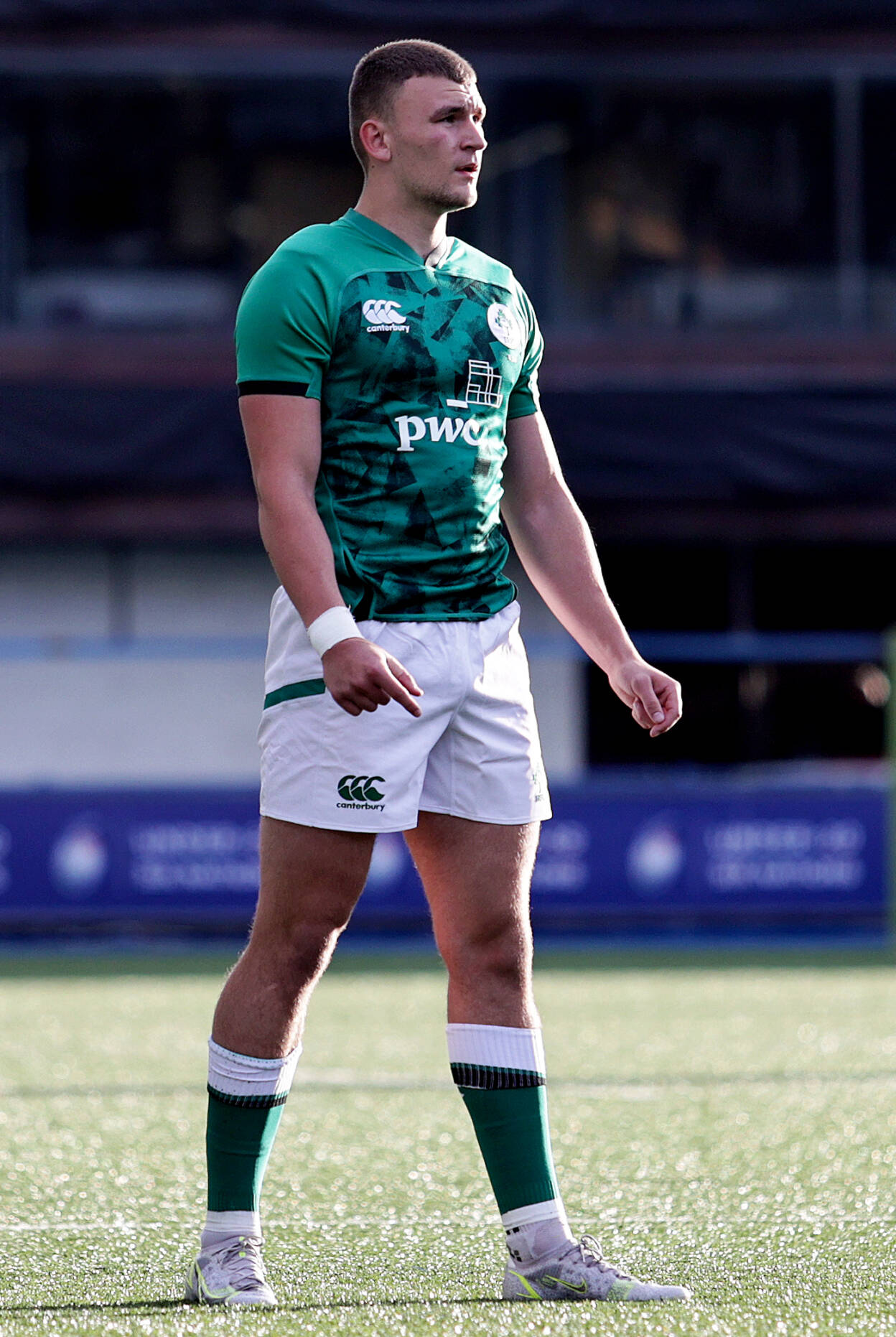 Exposure to professional rugby – including three run-outs in the festive interprovincial derbies – is helping Moxham to develop his game. He is hoping for more opportunities when the newly-launched United Rugby Championship begins in late September.

Behind the scenes at Kingspan Stadium, the former Larne High School student has been heeding the advice of some of Ulster’s leading backs.

“The standard of the training and the guys that are able to help you, it’s really good. You’ve got (Jacob) Stockdale, (Ian) Madigan, James Hume, who are really eager to help you as a young player.”

Nonetheless, as welcome as it is to be one of a handful of the current Ireland U-20s to have been capped in senior rugby, he does not feel it sets them apart from the rest of the squad.

“Playing at that high level, it gives you a bit more confidence. We’re all on the same team at the end of the day and we’re all in the same age group.

“Some guys might have more confidence than others, but I’m a year older than guys. I think potentially next year guys in my position could be doing the same thing. There is confidence to take from that experience. It does help a lot.” 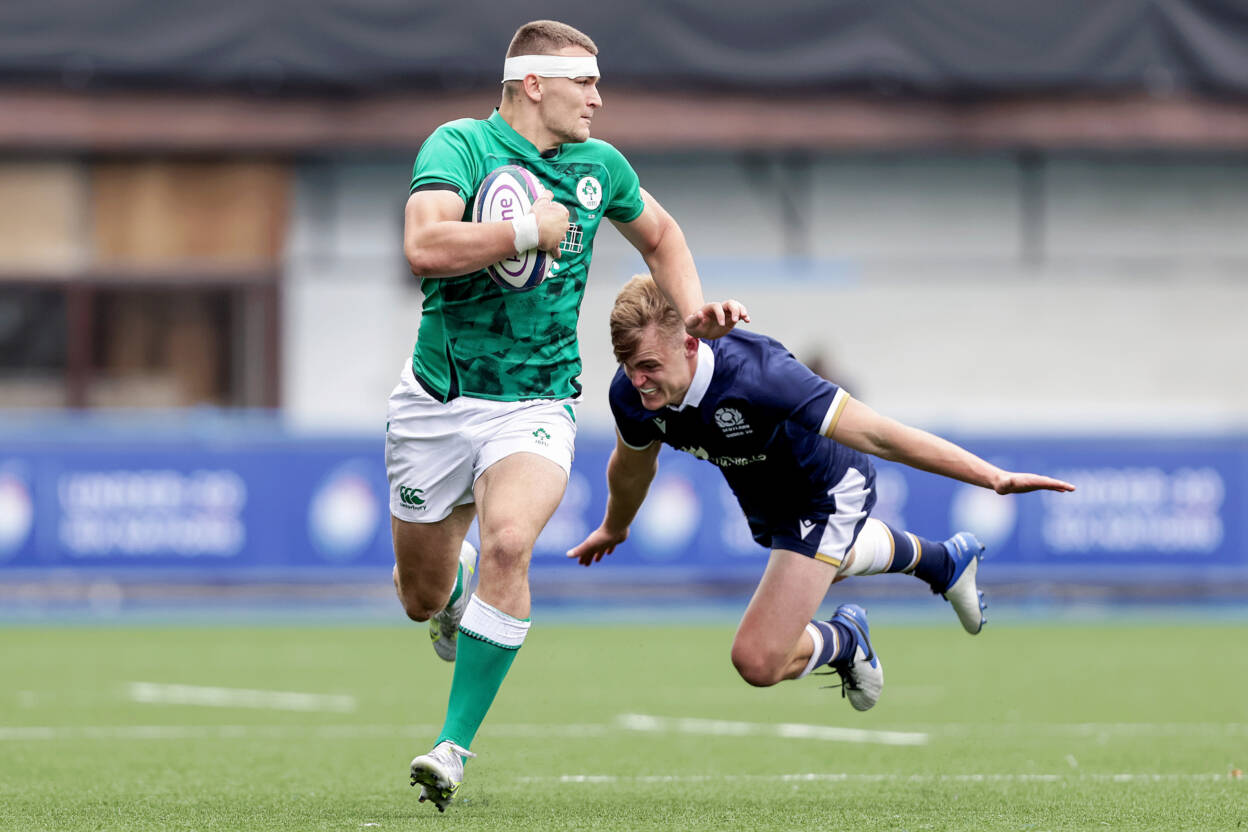 While there is a temptation to view wingers through the prism of their attacking play, Moxham, who turned 20 three weeks ago, is eager to showcase his all-round ability throughout the Cardiff-based tournament.

That means being as effective out of possession as he is with the ball in hand, as he added:

If you can’t do much in attack, you can try and stand out in defence. I would try and pride myself in my defensive game, I think that’s probably my strong point.

“When you’re not getting a lot of the ball, you just try and demand your defensive line. You try and make some good reads, get the ball back for you.

“If they’re not going to bust you through the middle, they’re going to come out wide.

“It’s still pretty important, but there’s a lot of decisions that need to be made and you could find yourself in no-man’s land sometimes. You just need to try and keep connected, stay as one.”