Cian Healy and Ger Carmody, Ireland's head of operations, spoke to the media ahead of the squad's departure for Shizuoka ©INPHO/Dan Sheridan

It was moving day for the Ireland squad as they took the bullet train to Shizuoka, the host city for next Saturday’s eagerly-awaited top of the table clash with Japan in Pool A of the Rugby World Cup.

At the morning press briefing, it was confirmed that Jonathan Sexton ‘suffered a bang on his thigh after 20 minutes against Scotland’ but it was a tactical replacement to take him off near the hour mark. Tadhg Furlong ‘received running repairs on-field’ and his second half replacement was also tactical.

Peter O’Mahony and Bundee Aki, who were both withdrawn in the first half, passed the second post-match head injury assessment and will undergo HIA three later today. Josh van der Flier needed stitches for a cut over his eye before getting cramp and being replaced in the final minutes.

Joey Carbery, Keith Earls and Rob Kearney are ‘all fully fit and will train fully this week’, with Carbery and Earls having taken part in the warm-up before the Scotland match. The Ireland management remain ‘pretty hopeful’ on Robbie Henshaw who is ‘running well and his rehab is accelerating’ following his hamstring injury.

Speaking about the injury update and the hard work involved in changing team bases and moving on from Yokohama, Ger Carmody, Ireland’s head of operations, said: “I think it’s going into another big week. It’s really important that we have everybody fit and ready to go, so absolutely, it’s always good to come through and get that (positive) injury report.

“This is our second move here in Japan. We loaded up two eight-ton trucks last night. We’re going down to Shizuoka, so (there is) a huge amount of effort. We try and pack up everything so that when we get to the next location we’re ready to go and set up.

“So when we arrive the coaches can coach and the staff can get into work and the players can rehab and do what they need to do in terms of prep for Japan at the weekend. A huge amount of planning has gone into this.

“It’s two years since we first came over to scope the various different facilities – hotels, pitches, indoor facilities and so forth, so we could map out how we were going to navigate our way through. So far we’ve had a fantastic welcome in Japan and the support we’ve received, both from RWC and all the various liaisons, etc., has been fantastic.” 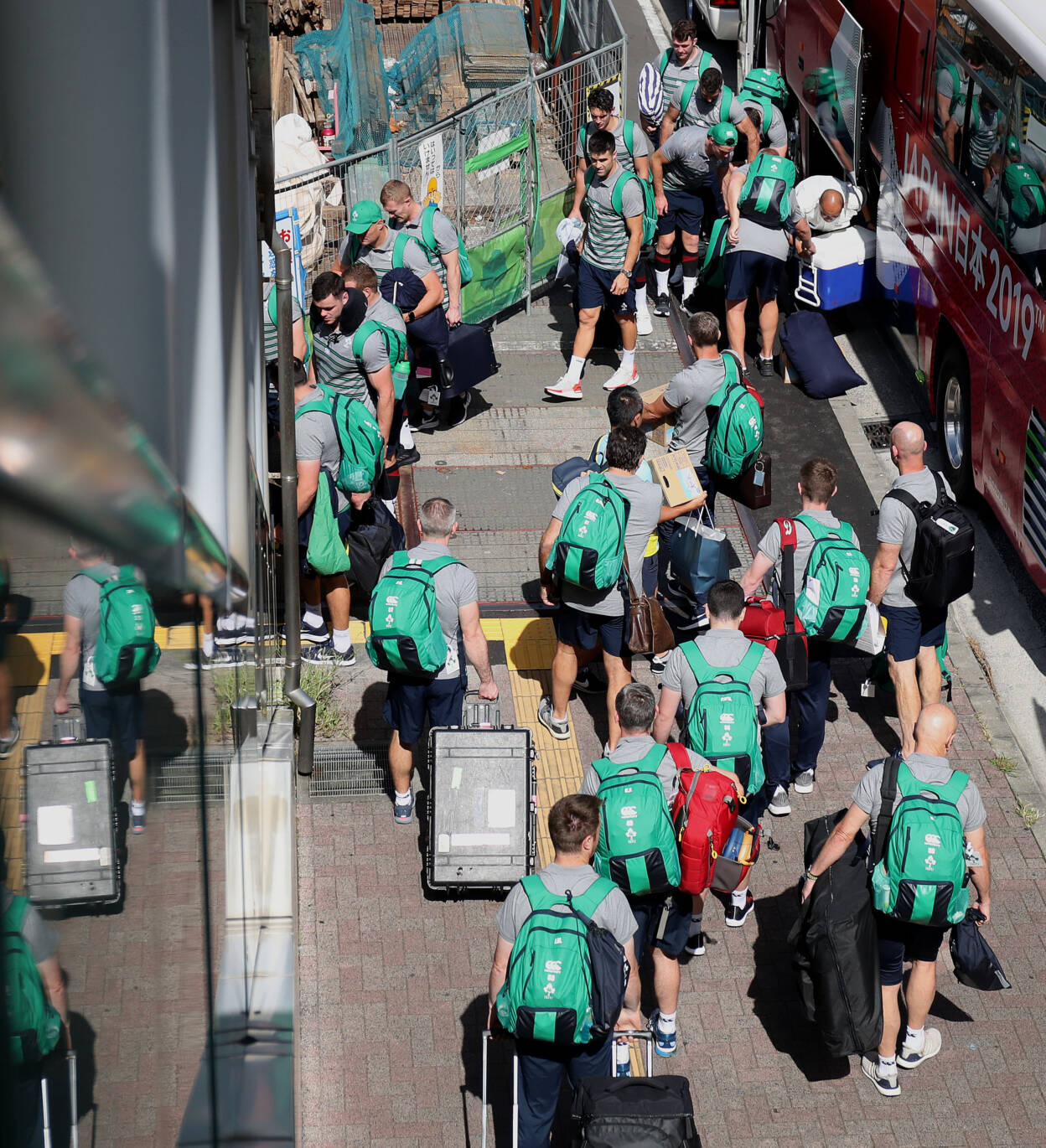 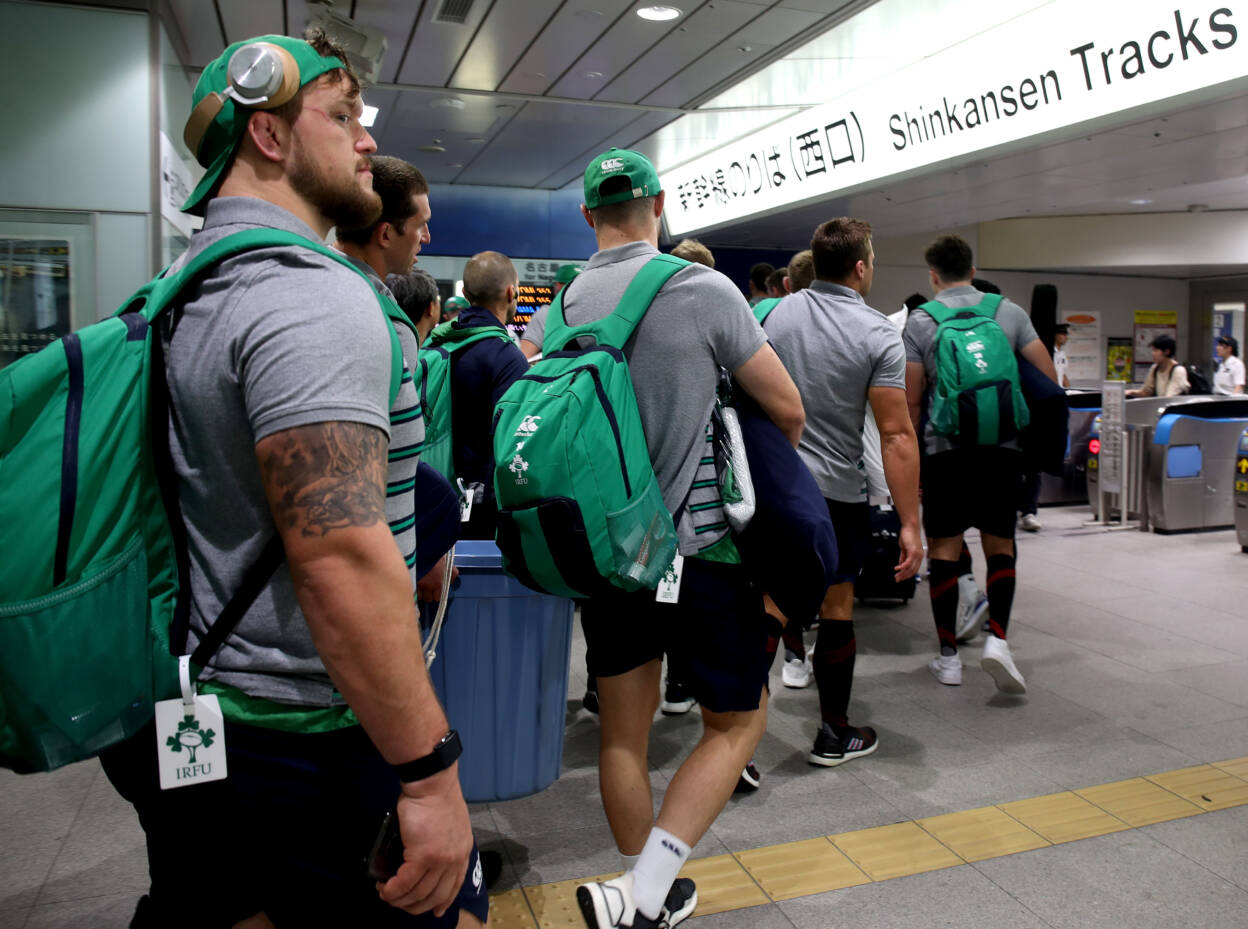 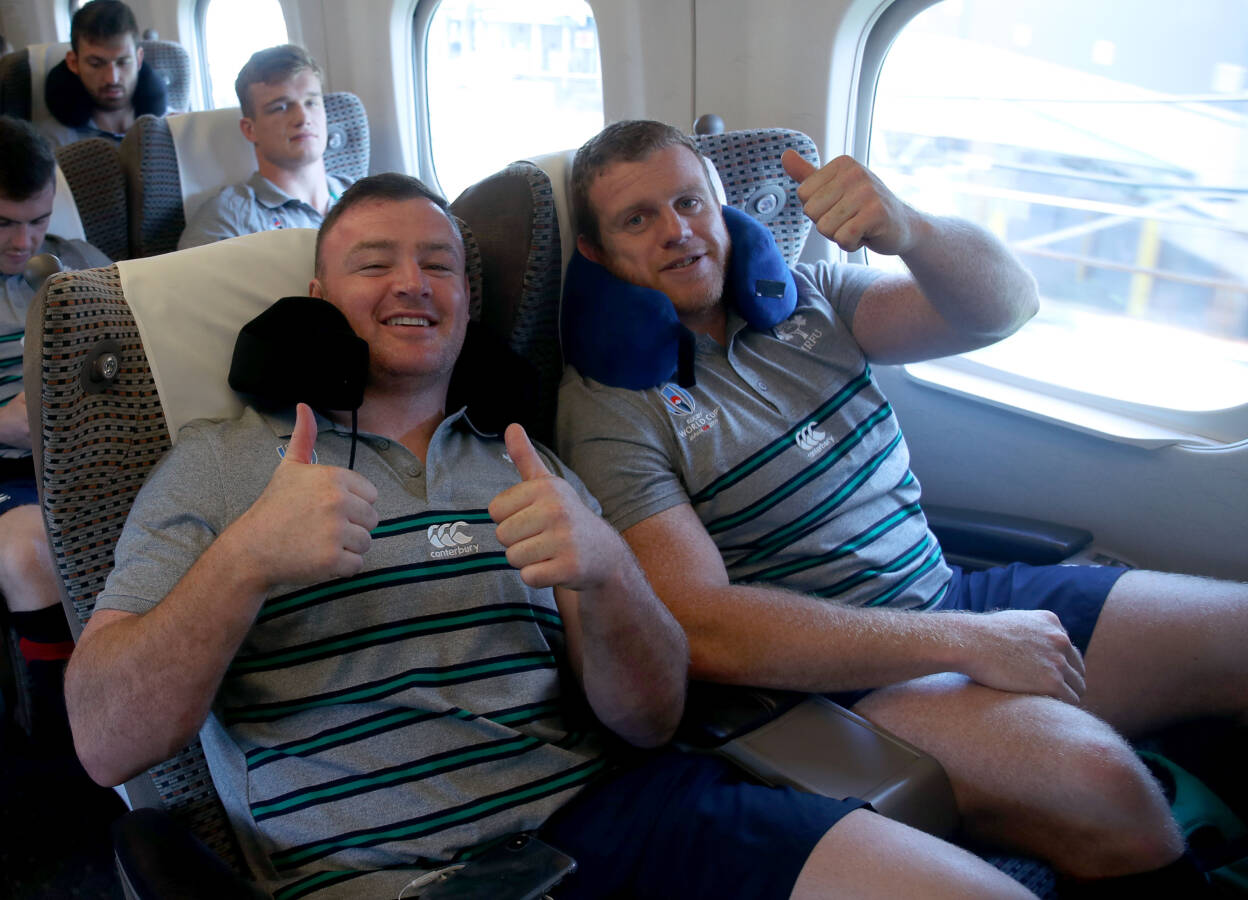 Meanwhile, Cian Healy praised the diligent work of strength and conditioning coaches Jason Cowman and Ciaran Ruddock in preparing the players to cope with the ‘dark spells’ brought on by the very high humidity they experienced during Sunday’s pool opener.

Asked about playing in such humid conditions, he admitted: “It felt tough. It was hard to breathe but we just have to back all the work that Jayo and Ciaran have done with us. We got through the dark spots where you are kind of sucking air, so it was good.

“I think we played the game in the right positions and in the right parts of the field for the most part. We backed the fitness and got through the dark spells. That’s when we actually got to play a bit of our game and got to put it on them, when we went harder into that zone than them.

“It (the humidity) just takes your breath in a different way. It’s not like playing in the sun or anything like that. Your breath just goes but it comes back pretty quickly. When there’s a break in play you can get back to regular pretty quick – but those extended periods of play do put pressure on the lungs.

“We’ve done a lot of extended periods of training so it’s in the head then and it’s not a shock. We’ve been to that place already so it’s a continuous reminder that it’s all good, just keep going through it and we’ll get to our spots.” 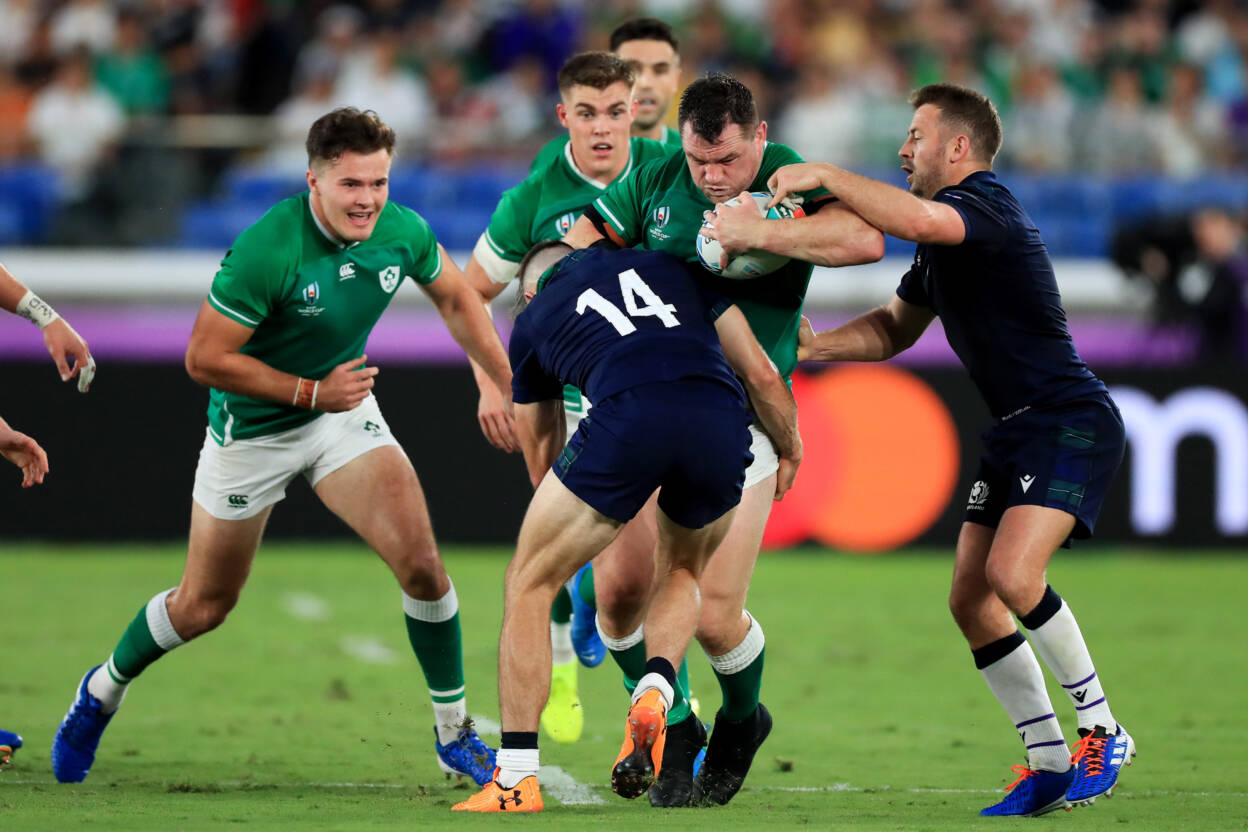 The 31-year-old prop is Ireland’s joint-second most-capped player in Japan – he now boasts 92 caps – and is appearing at his third Rugby World Cup. He was pleased with his 49 minutes on the pitch yesterday, during which the Irish forwards were in dominant form at set piece time and in the loose.

“We’re happy with a good bit of it (the performance). I had a look over it last night and there is a lot of good stuff to take from it and a few work-ons, which is usually the case. So it definitely gives us something this week to have main focuses on,” he noted.

“It’s just nice to see what we’re doing in training starting to come to the fore a bit and everyone working off the same page. The odd mistake probably slowed it down a little bit but we got a lot of what we wanted to do done properly. Open play was flowing nicely and I think people were running nice lines and defending as well, so we can take a good bit from it.”

Healy was part of the Ireland squad that toured Japan in the summer of 2017 when Joe Schmidt’s side registered 50-22 and 35-13 wins over the Brave Blossoms in Shizuoka and Tokyo respectively. They return to Shizuoka Stadium in Fukuroi city in the coming days, determined to maintain their current winning form.

Eager to be involved in as many World Cup matches as possible, the Leinster front rower said of the Japan game:

Whether it’s a start or bench, I want to be involved and play games. But if the lads feel that (resting me) is the best option for us to go forward, then now I probably have a more reasonable head to understand that decision.

“I was lucky enough to be on the tour (to Japan) two years ago and that was incredibly tough. Japan play such a high-tempo game, they’ve got a lot of great ball players and finishers so it’s going to be a tough preparation for it.