He may have led his side out for the final time at the Aviva Stadium today, but for Ireland head coach Joe Schmidt, the importance of the Rugby World Cup in Japan meant he could not get too wrapped up in the occasion.

A well-earned victory over Wales for the second weekend running provides Ireland with considerable momentum heading into their Pool A opener against Scotland on Sunday, September 22. Speaking afterwards, Schmidt’s post-match thoughts were already on that Yokohama clash.

“The focus of the World Cup is huge, so you’re immediately starting to think in terms of our next game,” he explained. “Obviously Scotland have had a couple of big wins against Georgia and a good win against France after doing similar to what we did against England, in not really being ready to go from the very start.

“That’s the nature of these pre-World Cup Test matches, where people are trialling combinations and people are at various stages of preparation. For me, it’s been good to take the emotion out of it, as emotionally connected as I am to the team and the performance to the Aviva Stadium and what it’s meant over the last 10 years.

“I was here at the first game of rugby with my kids watching an Under-20 game with the four provinces mixed into two teams. Ever since then I’ve had some really special experiences just being here and absorbing the atmosphere.

“It’s phenomenal for such an open stadium the volume of noise that gets created. We are incredibly lucky with the support that we have and that was very evident with the reception that Rory (Best) got coming off the pitch today.” 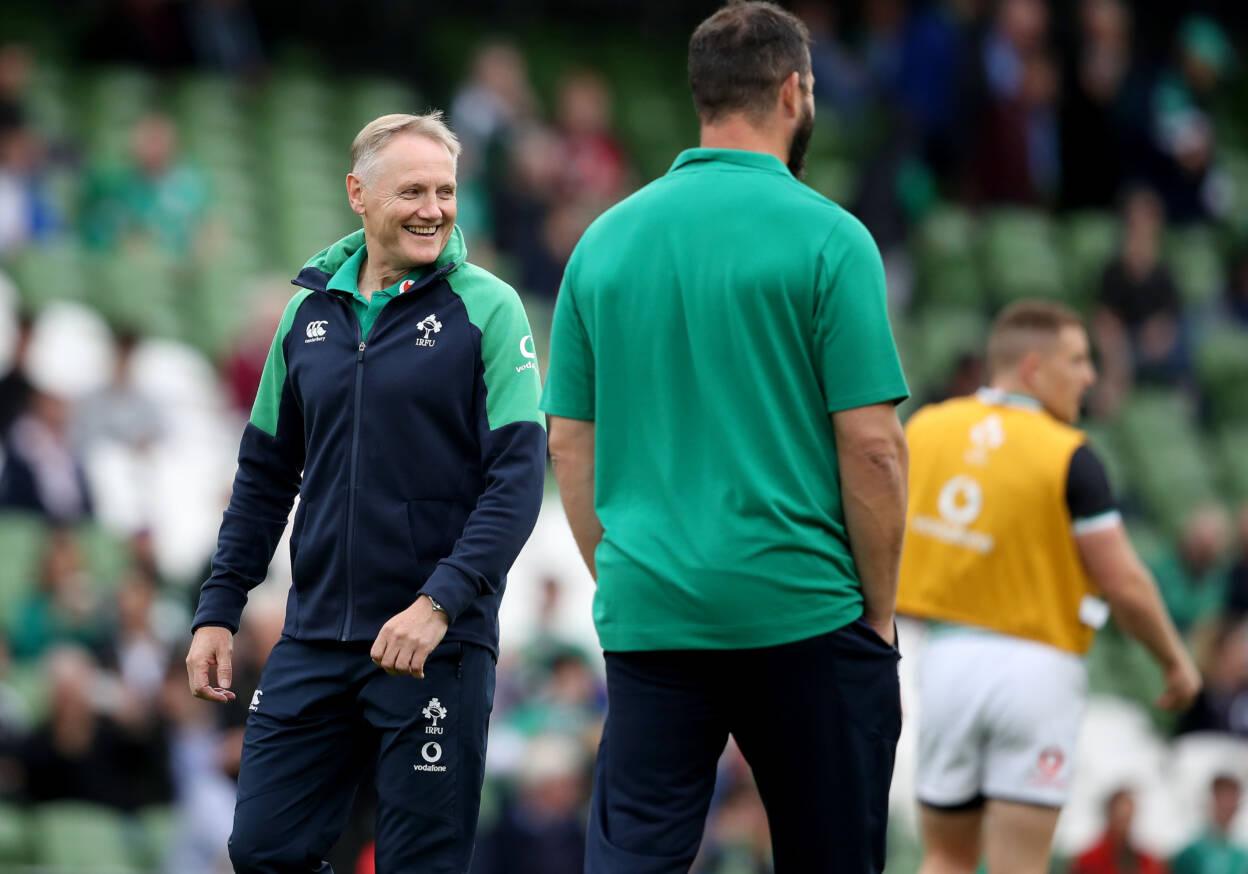 Indeed, the emotion Schmidt did allow himself in the minutes that followed this afternoon’s encounter was that of relief. Given how close the start of the Rugby World Cup is, he was pleased to see the majority of his troops coming through the game unscathed.

Cian Healy was withdrawn at half-time for a head injury assessment, and Keith Earls came off with a quad injury, but the Ireland boss was otherwise able to report a clean bill of health.

“After a game, relief is probably the primary emotion. Just because hopefully we’ve negotiated that. The boys who came off seemed in really good spirits. We’ve hopefully gotten through that unscathed. That’s always the most important thing. Then we’ve got a performance that we can be proud of, I think. The first quarter of the game we couldn’t hang onto the ball.

“I think we made 40 tackles as opposed to them having made six tackles in that early part of the game. I thought we did a really good job defensively and then we built our way into the game. I felt we dominated the last quarter. It wasn’t necessarily pretty to watch, but it was nice to get that result.”

On just his third appearance in an Ireland jersey, Schmidt felt that Jean Kleyn was ‘solid, not spectacular’. Nonetheless, he believes the Munster lock has the tools to become a key figure for Ireland in Japan, with the other second rows, including man-of-the-match James Ryan, adding their own unique flavours to the Irish pack.

“Jean’s a good man for us in the engine room. He can carry okay as well. He’s a big man. I think across the board there was a real work ethic out there today. It wasn’t flash, but it was functional. Sometimes when you’re building towards something you want functional. I think James Ryan is James Ryan really.

“He just keeps setting a bar for himself and then looking to jump a little bit higher. I thought Iain Henderson added some value and we’ve Tadhg Beirne too, so it’s going to be a good contest for those spots. They are four quite different profiles of second row. So it allows us a little flexibility in how we change up the game, during a game or from game-to-game.” 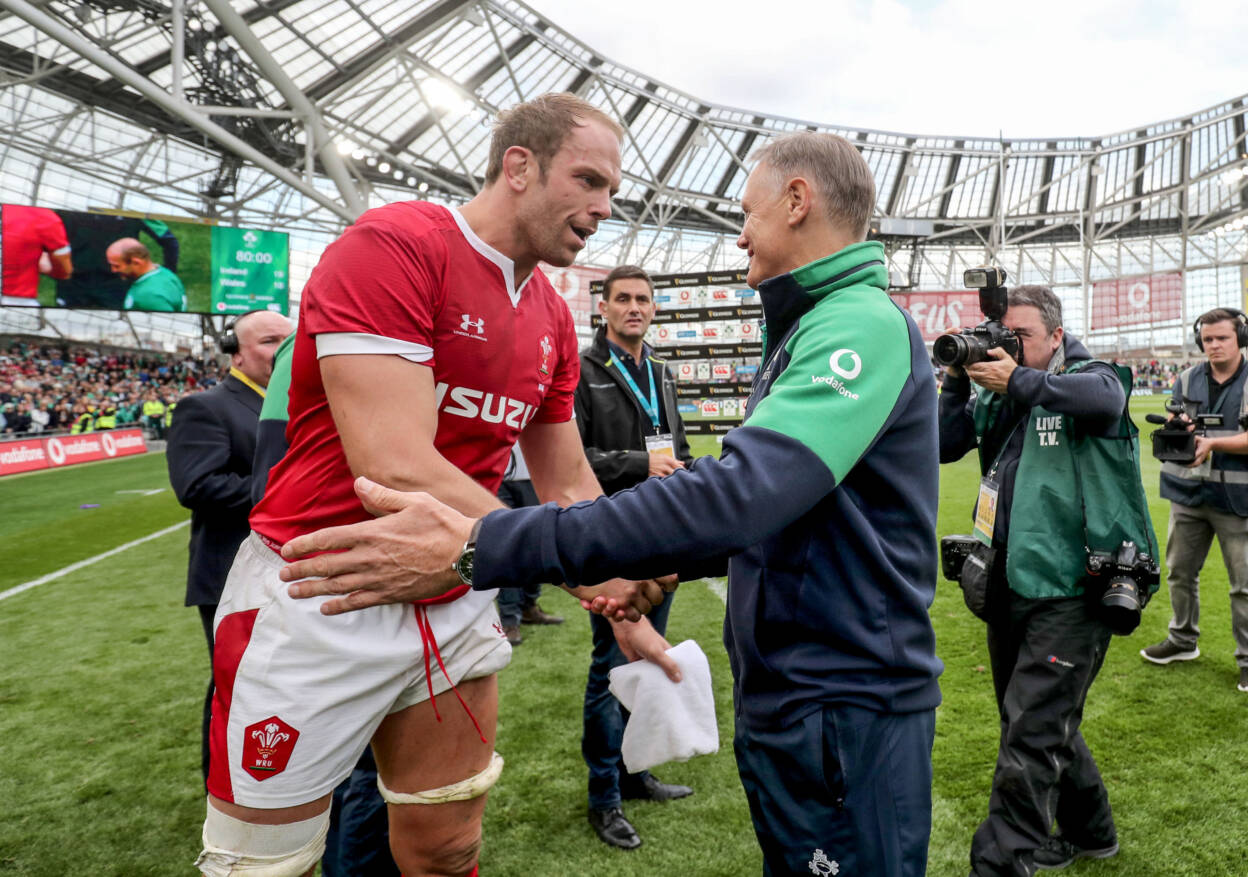 Schmidt also has a number of options in midfield as Bundee Aki, Robbie Henshaw, Garry Ringrose and Chris Farrell are vying for the two starting berths. The old Connacht centre partnership of Aki and Henshaw received the nod on this occasion and repaid Schmidt’s faith with a pair of powerhouse performances.

“Those two know each other inside-out. They are good friends, they are good players together. I thought Robbie’s first carry, when he gets that ball in behind the line, Bundee knows exactly where to be and punches onto that ball really well. Instead of us just having a ruck on the edge of our 22, suddenly we’re going forward to the next ruck.

“Defensively they got to space. I do think that our midfield defence with those two was really strong as well. We’d have real confidence in all four midfielders we have, especially that they are very good defenders. They are going to compete for spots.

A number of firsts have been achieved by this Ireland squad over the course of Schmidt’s coaching reign. Victories against the southern Hemisphere giants of New Zealand, Australia and South Africa spring to mind, while 2015 saw them retain the Six Nations title for the first time in 66 years.

Another milestone was ticked off the list today with Ireland’s return to form propelling them to the number one position in the World Rugby Rankings. Although he sees it a notable feat for Ireland, Schmidt still believes his native New Zealand will be the team to beat at the tournament in Japan.

“I didn’t even realise that we were (number one in the rankings) until I did an interview after the game. That’s how far away from our thoughts it’s been. It’s a label, it’s a nice label to get and it’s a nice…first time that we’ve been in that position.

“We have been lucky enough to tick a few firsts off with this group in the last six years. But that label is not going to be relevant to anyone. We all know who the favourites are for the Rugby World Cup, and it’s not us.”